Manchester House has reopened after the traditional post-Christmas break with a new set of menus – and a new head chef’s name up in lights.

Last September, Aiden, the youngest chef ever to win a Michelin star at the age of 22, announced his departure. Now his protégé and first lieutenant Nat Tofan – part of the Manchester House project from the very start – has taken charge at the age of 27.

Born and raised in Nottingham, Nat worked in his family’s restaurant where he found his passion. At the age of 18, he embarked on a career as a chef and learned the basics as an apprentice chef before joining one of Nottingham’s leading restaurants.

A year in Paris followed where he continued to build his culinary foundations and, in 2011, Nat moved to Manchester.

He was a key part of the launch of Australasia, Living Ventures’ high energy Pan Asian fine dining restaurant, working in the development kitchen for six months as a key lieutenant to Aiden before the launch of Manchester House.

After taking a short sabbatical in 2015 to experience new cultures and flavours, Nat returned to Manchester House as senior sous chef and, in September 2017, he was appointed head chef.

There’s plenty of evidence that a precocious culinary talent has been given his head. 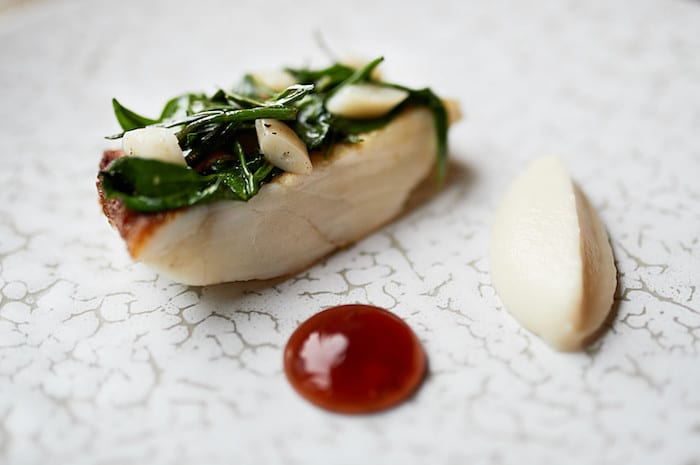 The new menus offer two or three course lunches priced competitively at £24.50 and £29.50 respectively; a seasonal menu featuring starters for £15, mains from £35 and desserts for £8; a spectacular afternoon tea of five savoury and six sweet delicacies for £25 (or £40 with a cocktail flight); and the restaurant’s legendary tasting menus.

They come either as eight courses for £75 or 12 courses for £95 (vegetarian versions are the same price) with specially selected wine flights adding £45/£75.

It was tasters from these that demonstrated Nat’s skilled direction of the army of chefs in Manchester House’s huge open theatre kitchen that’s almost as big as the dining area.

Even the bread and butter – sublime crusty sourdough with buerre noisette and crushed shards of crispy chicken skin – was a work of art and the “chef’s snacks” were simply brilliant. 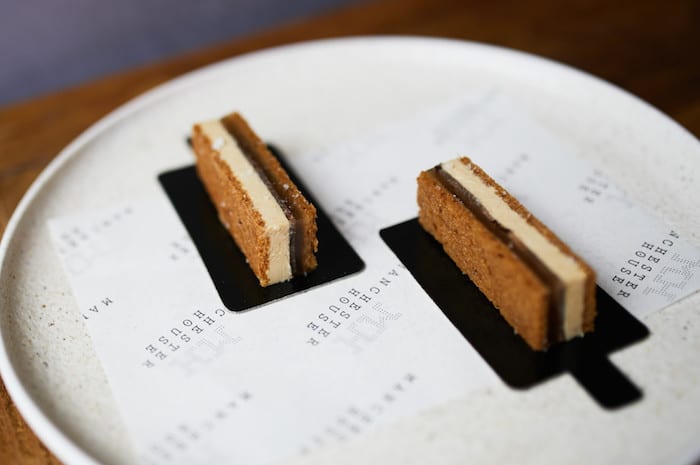 The Millionaire’s Sandwich – layers of foie gras and pistachio – was an exquisite piece of culinary craftsmanship while raw beef with coal oil – a clever cheffy trick to introduce barbecue flavours to meat that’s never been anywhere near a grill – was served on a mini taco with gloriously gooey egg yolks. Superb. 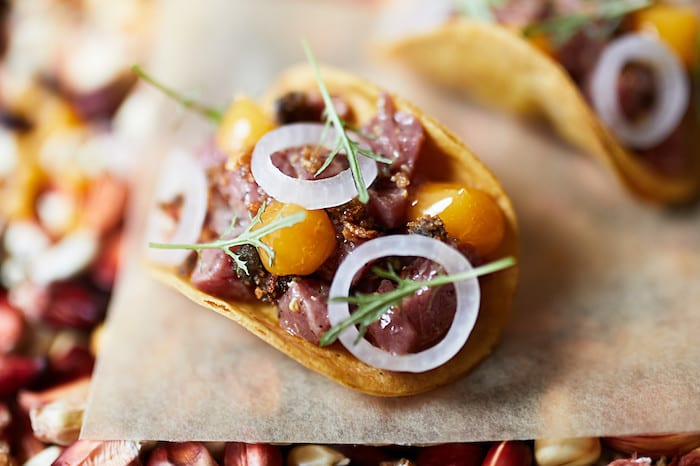 Intriguingly, the last time we’d encountered beef in coal oil was as a course in Simon Rogan’s tasting menu at the French. There must be a truce in the restaurant war.

Our taster of the tasting menu continued with that most regal of fish, turbot. This perfectly cooked, studded with slivers of razor clam and served with rare, delicately flavours white soy and tangy verjus. 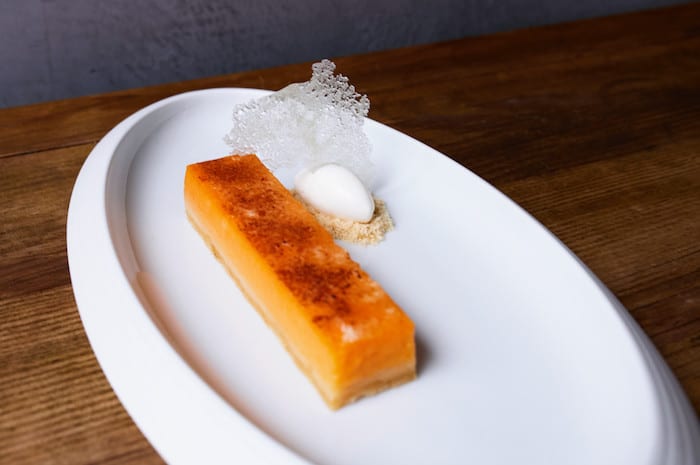 Dessert produced another piece of culinary magic – a stunning coral-orange mousse of sea buckthorn, smooth and sweet without being cloying and counterpointed by a scoop of lemon yogurt. Wow.

The wineflight brought forth some serious stuff, brilliantly matched to each course, hence a Bordeaux blanc from Chateau Pique Caillou; Puligny Montrachet, a white Burgundy, intriguingly, with the beef; the Loire’s finest Pouilly Fumé with the turbot and top class German Rieslaner Auslese with dessert.