Manchester will play host to the most spectacular Grand Final of the Sportsbreaks.com Tour Series, Britain’s leading televised cycle race series, in May, an event supported by Manchester-based specialist sports travel operator Sportsbreaks.com.

The historic northern city will be where the men’s and women’s champions of the event, which is now in its 13th year, will be crowned on Tuesday, 24 May.

This new-for-2022 round will take place on a one-kilometre circuit centred around the world-famous Deansgate, with the start/finish line adjacent to the Great Northern leisure complex.

This year’s Grand Final will further add to Manchester’s connections with cycling. As well as being the home of British Cycling, the national governing body, the city memorably hosted the finale of the Tour of Britain in 2019 on Deansgate.

The Grand Final will also be a showcase for future editions of the Sportsbreaks.com Tour Series, with organisers SweetSpot inviting prospective host venues to attend to take the 2023 Tour Series into other major city centres across the UK.

Highlights of both the men’s and women’s races will again be aired on ITV4 with Sportsbreaks.com, the presenting partner of ITV4’s coverage of the Sportsbreaks.com Tour Series, enjoying broadcast sponsorship across the seven one-hour programmes.

For the first time, every round of the Sportsbreaks.com Tour Series will also be streamed live on the Tour’s YouTube channel with no geo-restrictions. 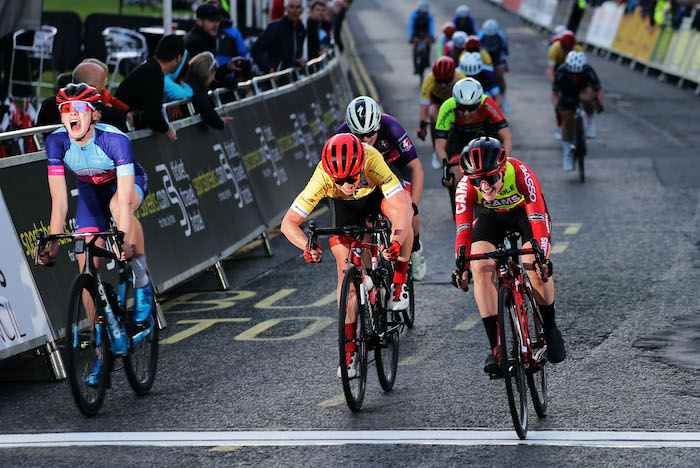 Sportsbreaks.com, who have been the Official Hospitality Partner of the Tour Series, Tour of Britain, and Women’s Tour, since 2021, offer unrivalled sports travel experiences to the world’s most exciting sporting events ranging from domestic and international football match breaks to trips to various Formula 1 races around the world.

Rob Slawson, managing director of Sportsbreaks.com, added: “As proud presenting partner of the Sportsbreaks.com Tour Series, we are looking forward to seeing the grand final of this year’s event taking place on the streets of Manchester.

“The Manchester event promises to be a great showcase for the Sportsbreaks.com Tour Series. We look forward to seeing a healthy crowd in our official hospitality to enjoy the action and entertainment.”

Starting and finishing on Deansgate, the one-kilometre Manchester circuit will take riders down Quay Street, turning left onto Lower Byrom Street, before a second left-hander onto Liverpool Road in front of the iconic Science & Industry Museum. The final section of the lap will bring the riders through a fast turn back onto Deansgate for the sprint to the line. Each race will see the riders completing approximately 40 laps of the circuit.

Take your Tour Series experience to the next level and join us in VIP style. With the VIP Hospitality area, you’ll have a prime viewing location close to the finish line, complimentary hot food and an open bar serving a choice of beer and wine, along with a selection of soft drinks and hot beverages.

Follow the race from the VIP area and/or out on the circuit itself whilst soaking in the awesome atmosphere!