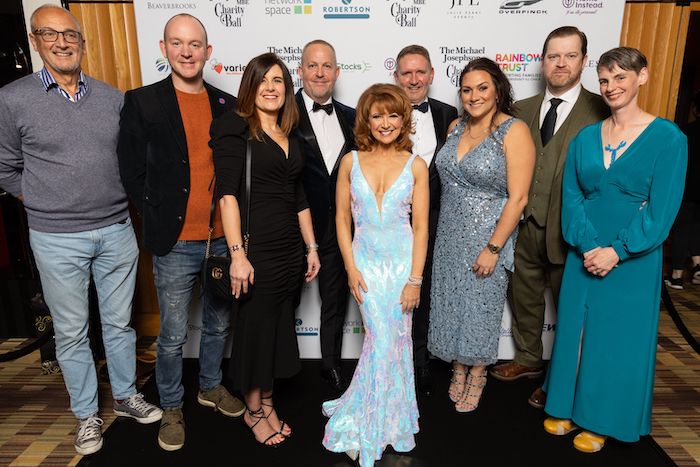 Stars of stage and screen assembled at the Michael Josephson MBE fundraising ball in Manchester this weekend to raise a staggering £760,000 for children’s charities.

Screen icon Stephanie Beacham, M-People superstar Heather Small and star of stage and screen, Christopher Biggins were amongst the army of glitterati that attended this year’s event at the Hilton Deansgate.

Philanthropist Michael Josephson started the fundraising ball five years ago, bringing the biggest stars from stage, screen, business and society together to raise money for charities working hard to positively impact the lives of children.

Variety, The Children’s Charity, Oldham-based Mahdlo Youth Zone and The Rainbow Trust are amongst the beneficiaries this year.

Zillah Bingley, Chief Executive at Rainbow Trust Children’s Charity says; “We are delighted that Michael has chosen Rainbow Trust to be one of the beneficiaries of this star-studded annual charity ball. This prestigious event has been a huge success thanks to Michael’s tireless work, will raise vital funds that will help us to reach more families with a seriously ill child in Manchester and beyond.”

Adding to the chorus of thanks, Lyn Staunton, Development Director for Variety, The Children’s Charity, said: “The Michael Josephson MBE Ball has funded Variety Sunshine Coaches for SEND schools and organisations, giving children the opportunity to explore places that they would otherwise never be able to visit.

“This helps the children to experience different learning environments and gain life skills outside the classroom, while supporting their physical social and language development.”

The event – which is in its fifth year – is the brainchild of philanthropist and entrepreneur, Michael Josephson MBE, who has himself raised  £8.25m for children’s charities.

Speaking about the record-breaking amount raised, Michael Josephson MBE, said: “I am absolutely blown away by the result of this year’s event.

“I started organising the ball to give something back to the children’s charities who do so much good to improve the lives of kids who are struggling.

“My motivation to hold this fantastic event each year is driven by my need to do better and show up for the children who need us most. I am beyond thrilled that we were able to smash all previous fundraising records – this money will make a huge difference to the lives of thousands of children and young people.

“I’d like to personally thank each and every person who supported this year’s event – from the big-hearted, generous guests who attended, to the wonderful businesses who donated raffle prizes and auction lots and to the celebrities who gave their time to come and celebrate with us.

“A big shout-out too, to Julie Perry Events, for laying on a world-class gala experience and making sure every detail on the night was perfect.”

The grand auction on the night, led by broadcasting legend Darren Proctor, included some money-can’t-buy lots such as afternoon tea at The Ritz with Stephanie Beacham and Christopher Biggins and two 12-month memberships to The Ivy.

Manchester United legend Paul Scholes offered a private dinner with him at Habas Restaurant in Manchester, fetching a cool £20,000. 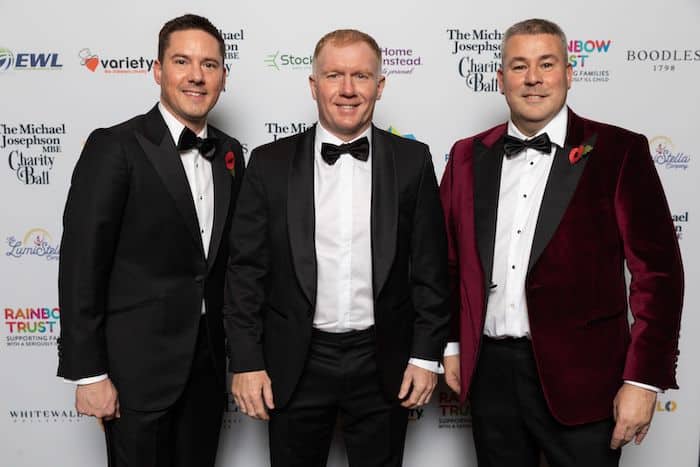 Auction lots were all generously donated and also included a rare six carat Cullinan diamond from Boodles worth £50,000, which, alongside an experience to have the diamond cut and set in jewellery of the winning bidder’s choose, sold for a staggering £150,000.

An original piece from international street artist, Mr Brainwash sold for £105,000 on the night.

M-People star Heather Small, performed on the night to a rapturous crowd. She said: “The atmosphere was electric and everyone was having a good time. It was my pleasure to perform and be a part of such an important evening of fundraising. Thank you, Michael, for having me!”

Coronation Street’s newest signing, Stephanie Beacham, was guest of honour at the ball. She said: “What an incredible night! The atmosphere of competitive generosity in the room helped to raise such a phenomenal amount of money. A truly special evening.”

Claire Crossfield, Development Manager for Mahdlo Youth Zone, said: “On behalf of our 2,600 members, their families and the whole team at Mahdlo the biggest of heartfelt thanks to Michael for choosing to support Mahdlo again this year. The funding we receive from Michael will enable us to continue to deliver vital work through the projects.”