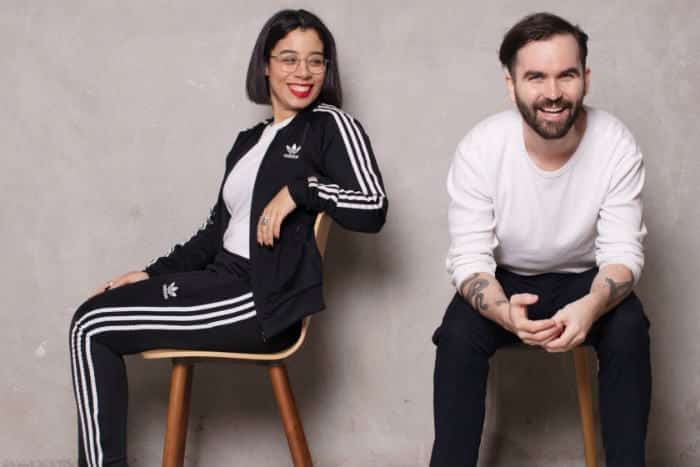 It may be a good time for first-time buyers to get on the property ladder right now – but after the initial financial outlay, it often costs even more money to get your new pad decorated and furnished.

But it doesn’t necessarily have to. A one-bed apartment at the new £25m Phoenix development in Piccadilly East – which recently appeared on the BBC2 property documentary Manctopia – cost just £1,000 to furnish, thanks to some savvy tips from a couple of local designers.

Manchester property developers Capital & Centric have been selling the apartments in both Phoenix, which is named after the Phoenix Works that once produced machinery for the textile industry, and neighbouring Crusader Mill, to local owner-occupiers only. 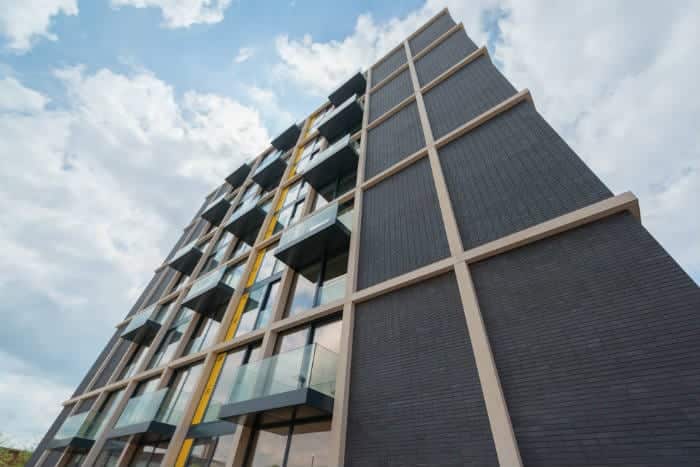 Now, as the first residents start moving into Phoenix this month, the social impact developer has gone a step further, proving you don’t have to be made of money to make your new home the epitome of industrial chic.

Abi and Dan, founders of Manchester-based interior design studio a-nd, were tasked with fully furnishing a one bedroom-apartment in Phoenix for just £1,000 to see whether it could be done. 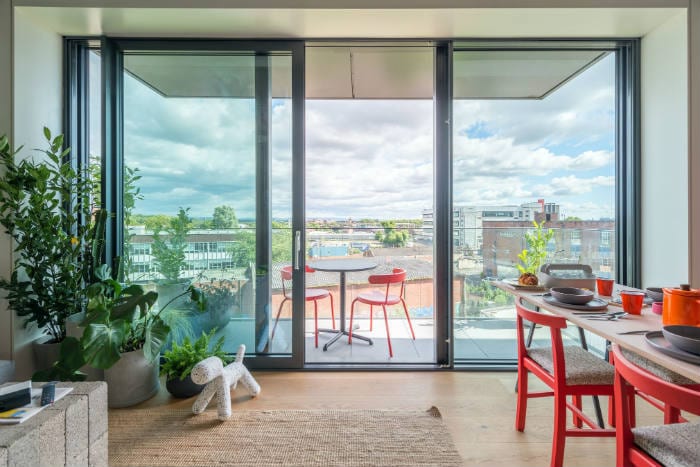 With each room or area given a colour theme, the pair decked out the apartment with a mix of new and upcycled pieces, using online platforms such as Gumtree and Facebook Marketplace to buy unusual, but affordable, items.

They also put in the footwork going out on the hunt at auctions and second-hand furniture warehouses. 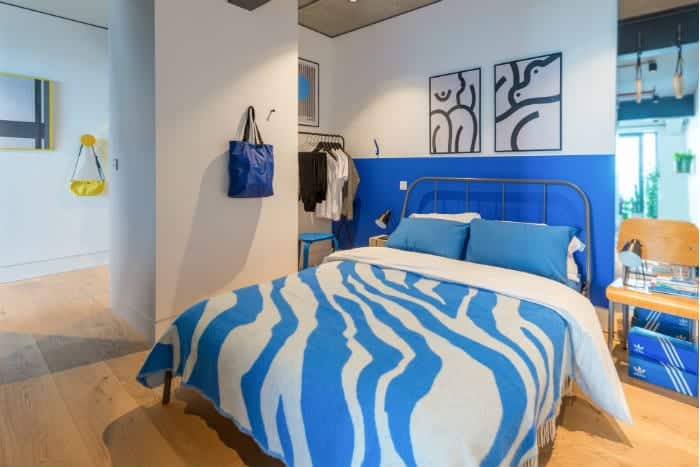 With such a tight budget they had to get thrifty turning to cleverly-disguised building materials, and home-made art pieces. They even made a coffee table out of concrete building blocks.

“We thought we’d show our new residents that they don’t have to break the bank to get their ideal home, especially as many are first time buyers who have already spent hard-earned savings on their first home,” said Capital & Centric co-founder Tim Heatley, who appears in Manctopia.

“We intentionally designed Phoenix so that you don’t need to do a lot to it. We loved a-nd’s upcycling approach, using basic materials and making them beautiful, rescuing unloved pieces from across Manchester and giving them a new home.” 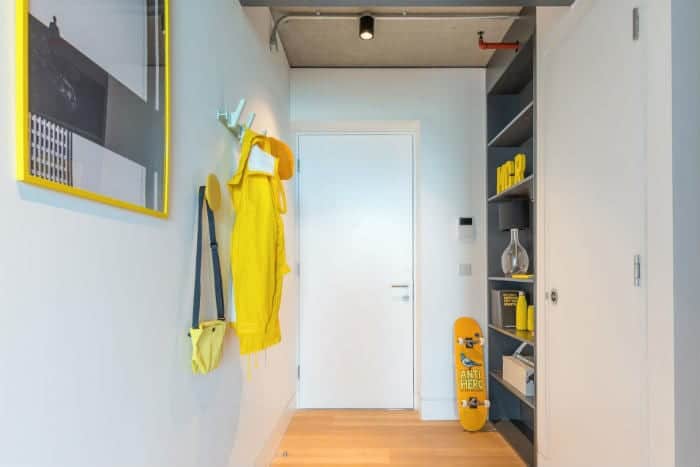 For inspiration, a-nd turned to the industrial style of the building, with exposed steel and concrete ceilings.

“We generally kept our eyes open for a bargain everywhere we went,” said Abi Carpe, creative director at a-nd.

“The task was to find cost effective solutions, but these also needed to be beautiful items.”

When the budget got tight, they turned to cleverly-disguised building materials, and home-made art pieces, to add the finishing touches. 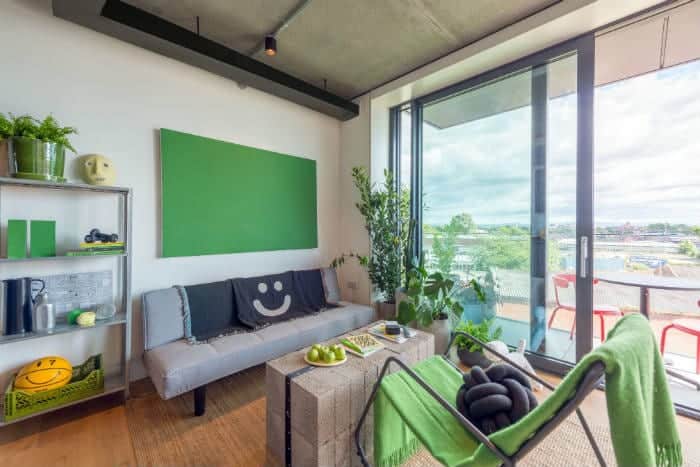 One of these items even turned out to be the designers’ favourite.

“We love the coffee table in the middle of the living space,” said Abi.

“These are simple concrete building blocks which cost pennies each, but they have been repurposed into a striking object in the heart of the home.

“We also put three of these into the bedroom as a bedside table to demonstrate how they can be used throughout the apartment in a different way and with different heights.”