In the aftermath of the attack the city came together in solidarity, compassion and a refusal to give in to hatred and fear

Sunday 22nd May will see Manchester mark the fifth anniversary of the 2017 terror attack with various tributes and reflections.

Throughout the day, people will be able to pay their respects at the Glade of Light memorial near Manchester Cathedral.

The memorial – officially opened on Tuesday 10th May 2022 by the Duke and Duchess of Cambridge in an event attended by many of the families of those who lost their lives – is the city’s permanent commemoration. 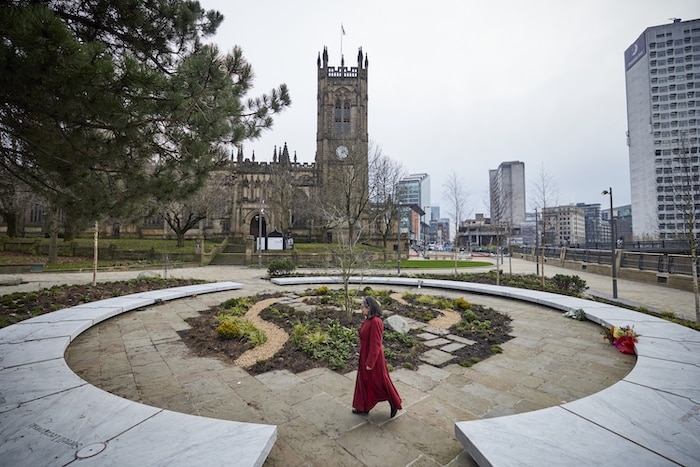 At nearby Manchester Cathedral, the 8.45am, 10.30am and 5.30pm prayers on Sunday 22nd May will include acts of remembrance during which the names of the 22 people killed will be read out.

The cathedral will be open through the day for enable people to light candles, or have some quiet reflection if they wish.

At 10.31pm, marking the exact time of the attack, the bells will be tolled. 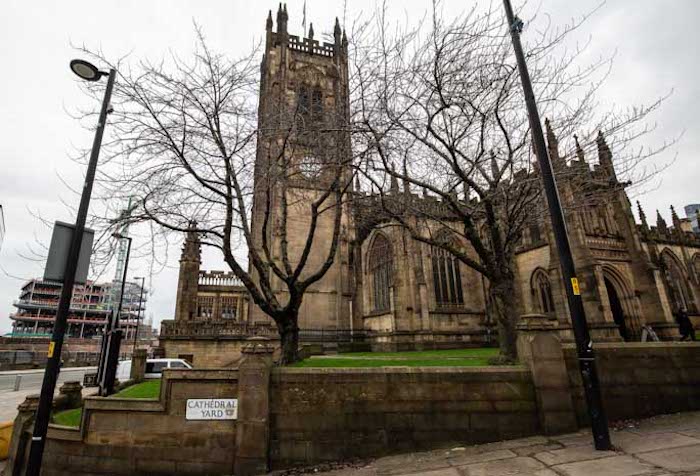 At Victoria Station, there will be silences held at noon and 10.31pm and prayers said by the railway chaplain. Before the silences, the names of those who lost their lives will be read by the station announcer.

Floral tributes will be laid, and a memory book will be available during the day for people to leave their thoughts and reflections.

The Lord Mayor of Manchester will attend the 5.30pm prayers and lay flowers on the Glade of Light afterwards on behalf of the city. 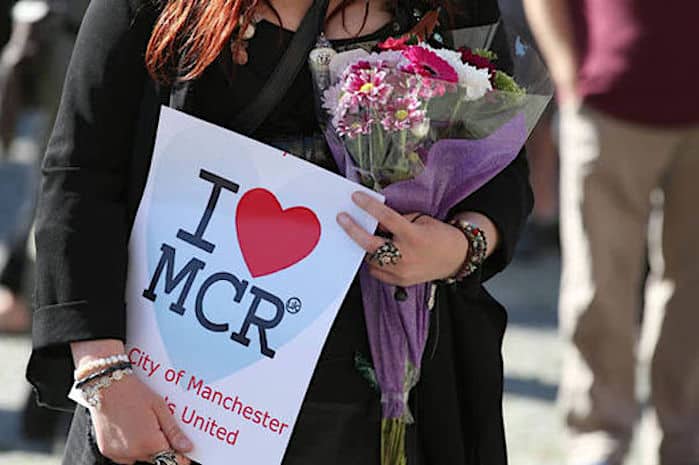 The anniversary will also be marked at a major event taking place in the city on Sunday 22nd May.

It will be remembered at the Great Manchester Run with one minute’s applause at the beginning of each starting ‘wave’ of the 10k and half marathon events to honour the memory of those who lost their lives, acknowledge the courage of everyone affected and recognise the remarkable spirit shown by the city in the aftermath of the attack.

The Great Manchester Run 2017, which saw tens of thousands of runners take to the streets just six days after the attack, was a powerful statement of the city’s resilience. 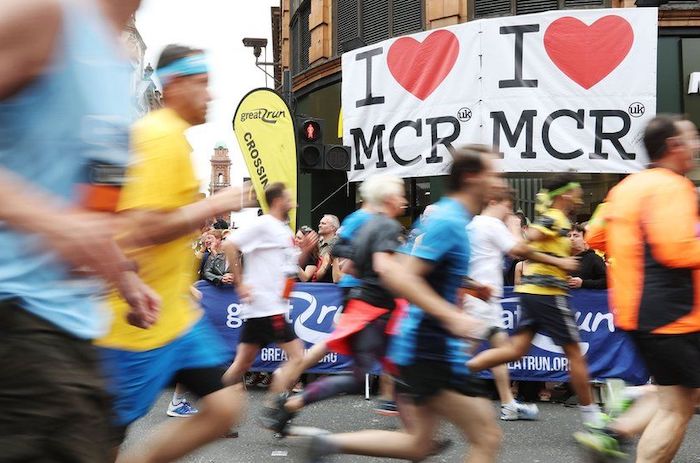 “22nd May 2017 is one of the darkest days in this city’s history,” said Councillor Bev Craig.

“It’s hard to believe that five years has passed since those terrible events.

“But nor should we forget the remarkable spirit shown in the aftermath of the attack as the city came together in solidarity, compassion and a refusal to give in to hatred and fear.

“The fifth anniversary of the attack will have a personal meaning for every one of us.

“Our thoughts remain with all those who were impacted by that evil act.

“But however they wish to do so I would encourage everyone in the city to take some time out during the day to remember and reflect.”

Support continues to be available for anyone directly affected who is struggling. This can be accessed via the Greater Manchester Resilience Hub on 0333 0095071 or by email to GM.help@nhs.net. The hub is open 9am to 5pm on Mondays, Tuesdays and Thursdays; 9am to 7pm on Wednesdays and 9am to 3pm on Fridays.