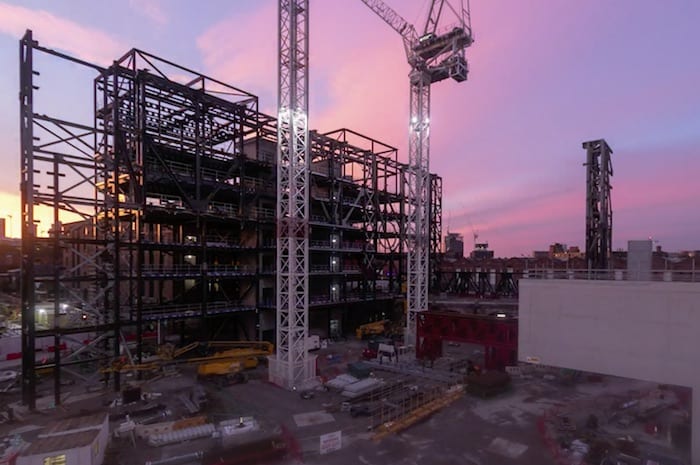 Manchester has been named Europe’s second most creative city – after London – with its culture and creative industries contributing a massive £1.4 billion to the local economy.

The landmark new cultural venue – one of the biggest developments of its kind in Europe – is taking shape on the site of the former Granada television studios site off Quay Street in the city centre.

Commissioned by Manchester city council, The Factory will become the permanent home of the Manchester International Festival. The MIF will present year-round programme at the venue featuring artists from round the world, as well as bringing jobs and opportunities for people across the city.

The ambitious project has, however, been mired in controversy with claims that costs have mushroomed beyond control.

The development is currently £19 million over budget, which will require the town hall’s contribution to virtually double, rising from a proposed £21 million to a current estimate of £40.5 million. Central government’s contribution remains at £78 million.

Now the council has admitted it is struggling to recruit builders within the budget, as it strives to finish the job in time for Manchester International Festival in July 2021.

The Architect’s Journal reported that a report for councillors, written by the authority’s strategic development director, revealed that just 11 out of 32 construction packages have been let by construction manager Laing O’Rourke.

The document stated that the “most significant challenge [with The Factory] remains its complexity”, adding that the project team was making sure work packages could “react to the willingness and ability of the supply chain to undertake this complex project”. 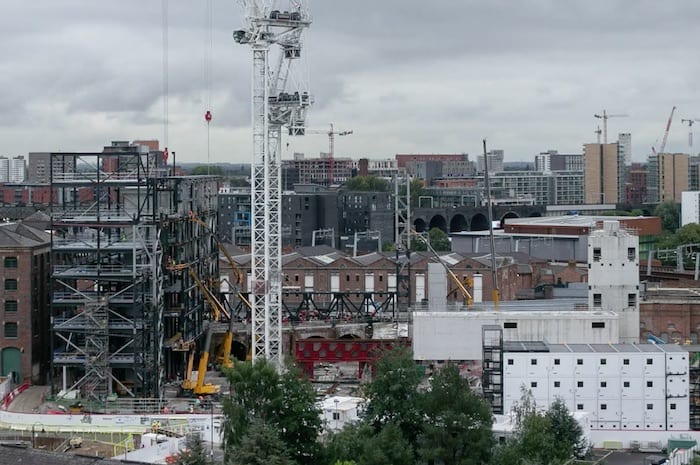 Manchester city council’s Jared Allen told councillors earlier this week that this meant the project team had done “quite a lot of re-engineering to reduce some of the cost pressures”.

But he said he could not guarantee there would not be another significant cost overrun.

“In terms of surety, we’re not sure,” he said. “We are still in design and negotiation with the supply chain on some of those elements.”

Mr Allen added that while the budget had contained a contingency of £4.1 million, this sum was now under pressure. He blamed Manchester’s buoyant construction market, explaining to councillors: “Complex projects are not as attractive to the supply chain as simpler projects, where they can turn their money over quickly.”

Despite the problems, city council leader Sir Richard Leese adopted an upbeat stance at a media event at the site today, describing the office for Metropolitan Architecture’s (OMA) design as a “state-of-the-art, high quality, multi-functional building incomparable to any other currently being constructed in the UK”. 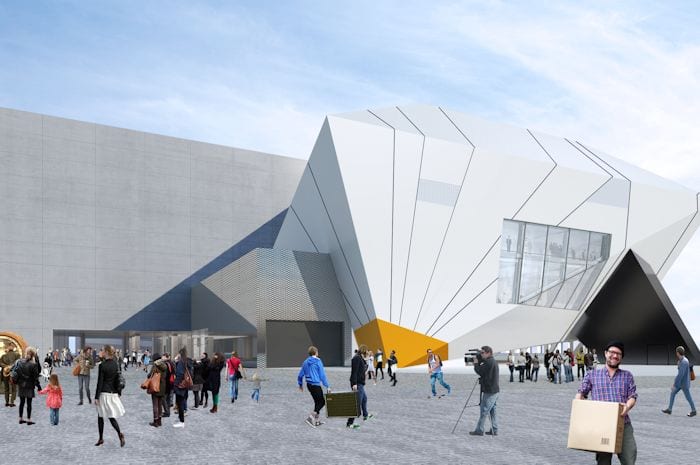 Sir Richard added: “OMA’s design was a clear winner for us and it’s fantastic to see the progress that has been made on site with the basic structure very much now visible.

“We’ve always been clear about the benefits of culture and creativity, not just to audiences, but to the city itself. Cities need culture to thrive as much as culture needs cities like ours that support and embrace it.”

But he added: “Whilst we won’t be setting an opening date for it until further down the line, we’re very much looking forward to seeing The Factory finished and to the difference we know it’s going to make both to local people here and also to the creative and cultural landscape nationally and internationally.”

John McGrath, artistic director and chief executive of MIF and The Factory, said: “It’s been really exciting to see The Factory taking shape over the last few months.

“It’s going to play an important role in the life of this city, commissioning extraordinary artistic work and offering the biggest of welcomes for people from across Manchester and far beyond.”

Over the last two days the massive, 125 tonne proscenium truss, which will form part of The Factory’s 1,600 capacity auditorium, has been installed.