The streets of Manchester were brought alive by a colourful celebration of our city as thousands headed out to support the tenth annual Manchester Day.

Incredible giant puppets, eye-popping outfits and flamboyant floats lined the parade route through the city centre while thousands cheered them all past on Sunday afternoon.

With the anniversary theme of ten out of ten, there was no doubting the effort that 40 community groups had put in to make the colourful pageant a celebration of the rich cultural diversity of Manchester.  And the scene was magically set with a fantastic lead piece celebrating the spirit of modern Manchester made up from participants from all of the groups who took part in the parade.

A wide range of subjects, themes and achievements were brought to life in a range of incredible floats and costumes.  Manchester Splash Community Swimming Club chose to celebrate Ethel Sunny Lowry, the first woman to cross the English Channel while One Eyed Theatre from Oldham showcased the industrial heritage of the city with their steam punk-inspired mix of cogs and wheels.

Meanwhile, a diversity of cultures were represented by a wide range of groups including Anamika celebrating the festivals of Bangladesh; the Colibri Mexican Folkdance UK group; The Manchester Chinese Centre; the Filipino Anglo Club; the Indian Association Manchester; KYSO from the Caribbean and the British Pakistani Cultural Association.

The parade also gave the chance for important voices and causes to be heard, including the endangered Orangutan represented by the Voice of Ansi, Manchester Young Lives who work with disadvantaged children and young people across Manchester and The Men’s Room who support people from the LGBTQ+ community – and who were also flying the flag for human rights by wearing t-shirts emblazoned with a design by Chinese artists Ai Weiwei to mark the 70th anniversary of the Universal Declaration of Human Rights.

Once again, the parade was enhanced by a strong line up of international artists who, this year, joined the Wow! Workshop creative teams from Brazil, Croatia, Egypt and Kerala.

For this year’s festival, sustainability was built into every aspect of the carnival as Manchester tries to become one of the most environmentally friendly cities in the UK, and carbon neutral by 2038.

As much of the waste associated with the festival will be recycled, as well as an emphasis for the float makers and concession owners using locally sourced produce wherever possible to reduce the carbon footprint of the event.

It also meant a complete absence of floats being driven by petrol-powered vehicles.  Everything in the parade was pushed, pulled and cycled, and many of the parade pieces had been recycled and up-cycled or created using sustainable materials.

Cllr Pat Karney, Chair of Manchester Day, said: “Ten years ago when we set out to celebrate all the things which make Manchester great, we would never have imagined just how quickly Manchester Day was taken into people’s hearts.

“Manchester has gone through so much in the past ten years. We have had soaring highs and desperate lows. But what has never changed is the enduring spirit of the people of this city. This day has always been about them and I am so proud that we have been able to reach this milestone.

“It’s not often that I’m lost for words but on days like today it’s hard to express how proud you feel to see thousands of people parading through Deansgate united by the common bond we all share – our love of Manchester.”

Liz Pugh, Producer at Walk the Plank, said: “So many hundreds and thousands of hours have gone into making the stunning floats and costumes which we’ve seen today and I really hope people leave appreciating just how much effort goes into them.

“This event seems to get better year after year and we have to extend a huge thank you to all of the volunteers which helped make the day a success, as well as the artists, performers and council workers who work tirelessly to make this amazing free event a reality.” 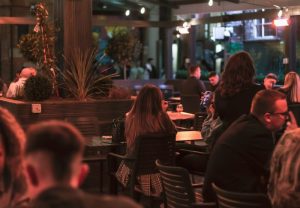 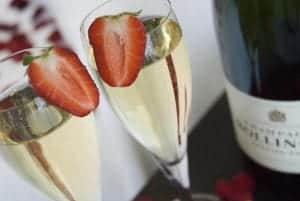