Manchester commuter costs exceed £1,800 each year – and that doesn’t include hidden costs! 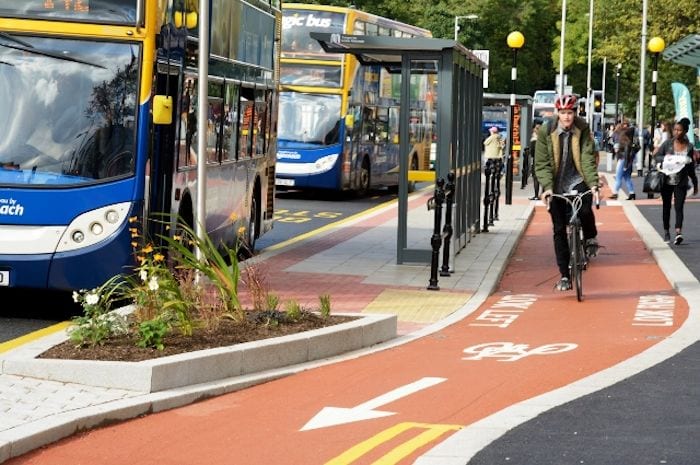 Commuters who drive to work in Manchester spend on average £1,816.79 each year according to research by leading cycle retailer and manufacturer Ribble Cycles

Data obtained by Ribble Cycles from Just Park, Europe’s leading provider of pre-bookable parking, reveal that in Manchester the average cost of parking in the city is £1,322.40 a year – £283.98 higher than the estimated UK average.

The annual cost of commuting to Manchester by public transport can be almost as expensive, costing on average £1,111 a year.

The research doesn’t include the cost of tax, insurance, and repair and maintenance. Add a grand to cover these costs and you’re looking at a total of around £3,000.

The study also reveals the environmental cost of commuting by car. The average Manchester commuter is responsible for 1131.61 kgCO2e in carbon dioxide emissions each year by driving to work.

Between 2011 and 2018 more than £42 million will be spent on improvements to cycling in Greater Manchester as part of their Cycle City programme. This includes running free adult cycling training sessions, developing a major network of cycleways and improving cycling facilities at stations, schools and workplaces to make travelling around the region by bike easier, safer and more convenient.

“It’s just not sustainable to have thousands of people driving to work every day,” says Rosslyn Colderley of Sustrans. ”Greater Manchester is seriously congested, we have a surge in illnesses related to inactivity and air pollution levels are soaring. It makes sense to invest in making our cities attractive places to walk and cycle.”

You can pick up a decent bike for £300. So if you fancy a £1,500 a year pay rise, want to get fitter and wouldn’t mind losing a few pounds in weight, why not think about switching from your car to a bike next time you’re stuck in rush hour traffic.