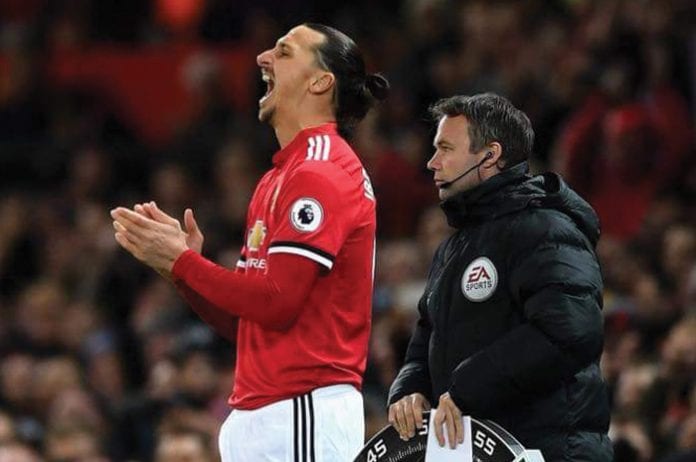 Saturday at Old Trafford was pretty much as satisfying as it gets for United and Jose Mourinho.

Zlatan was back on the bench, coming on to do what Zlatan does. Paul Pogba slipped seamlessly back into the starting XI and put in a man of the match performance deserving of that huge transfer fee. Marcos Rojo also took his place on the bench and hopefully will be back to replace Victor Lindelöf in the side soon.

But it’s not just events in Manchester that will have Jose smiling. The early game in north London also went ideally for United, with Spurs not only losing the match, but also suffering a big blow to their confidence.

Arsenal will blow it, so them creeping back up has no real impact on United’s season. If only City had slipped up at Leicester it would have made for a decent weekend but, worryingly, they’re far too good for that. It’s starting to feel a bit like United are the ones to really challenge City.

The other reason to smile following the match at the Emirates was the exclusion of the fit again Danny Rose for Spurs. This has been coming since the beginning of the season, following Rose’s comments directed at Spurs chairman Daniel Levy and his making eyes at both United and City when discussing finishing his career in the north.

Both are in the market for a left-back in January, and Rose is fully aware of it. City have already spent big in that position buying Benjamin Mendy in the summer only for him to be ruled out long term with a ligament injury, although he may be back earlier than expected. Fabian Delph is performing admirably in the position, but you know Pep will want the best he can get regardless of sentiment to his players.

Jose clearly doesn’t fancy Luke Shaw and it was a bit of a surprise to see him on the bench against Newcastle. Ashley Young has been doing great and again put in another professional performance on Saturday. He’s about the only wide player we have who can actually cross, so his talents aren’t to be sniffed at.

Defensively, though, he is a real worry. He continually got caught high up the pitch in the first half hour against Rafa Benitez’s side, with both Newcastle’s right sided players exploiting the space in behind him when he pushed up. With Chris Smalling playing on the left side of the centre halves, we were all at sea in that channel which eventually caused their goal.

Smalling may have lost his place in the England squad due to his ability on the ball, but on this showing he needs to be out of the United side for his terrible positional play. Once Rojo, Phil Jones and Eric Bailly are all back fit, this will no doubt be the case. Add Rose into the mix and it’s pretty formidable.

So who needs him more? For United he’d be the ideal foil for Valencia on the right side. He’s strong, quick and works hard. He fits into the Mourinho mould and he’d make a massive difference to us both defensively and offensively.

Problem is, he’d also do that for City. We all know how well the Rose, Kyle Walker combination at full back works. The fact City will no doubt be in the market for a new centre half in January following John Stones’ injury might put Rose down their list of priorities, but with their money they’ll probably just go for both.