Manchester exhibition and conference centre named best in the UK

Exhibition and conference centre Manchester Central has just been named the ‘Best Conference Venue’ (over 1,250 theatre style) for the second year running at the 2019 Conference Awards.

This new award adds to a string of recent wins for the venue, which was also awarded ‘Best Exhibition Venue’ at the Exhibition News Awards and ‘Best Venue Team’ at the AEO Awards in recent months.

The largest gathering of conference professionals in the UK, the Conference Awards recognise and celebrate achievement within the conference and events industry.

Manchester Central impressed the judging panel with a record year in the corporate sector, a strong commitment to working with organisers to deliver exceptional and often award-winning events, and its continual investment in new facilities.

Generating around £150m economic impact for the city, the complex attracts around half a million visitors to Manchester each year.

Capable of hosting anything from 10 to over 10,000 delegates a day, it is estimated to generate around £150m in additional revenue for the city each year. 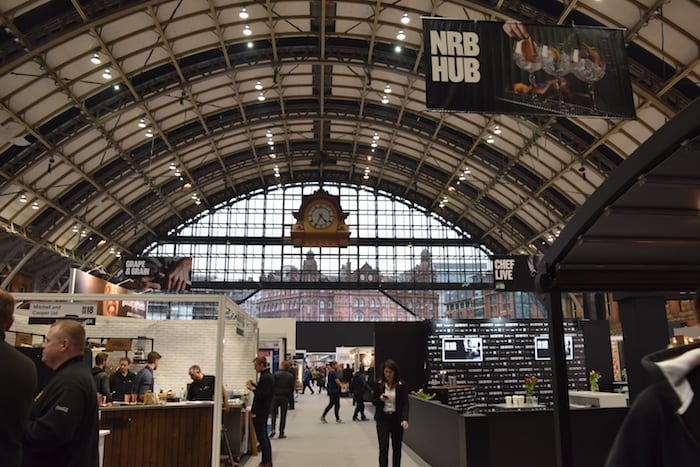 In recent years it has been chosen to host a number of high profile events including an influential Northern Powerhouse event, the Northern Restaurant & Bar show, and several Conservative party conferences – the latter set to return for 2019 after taking a brief hiatus in Birmingham last year.

A striking example of how Manchester excels at preserving old buildings through creative repurposing; the complex was originally Manchester Central railway station but closed to passengers in May 1969 following 89 years as a railway terminus.

It then lay empty until being renovated for use as an event and conference centre in 1982, at which time it was rebranded as the GMex.

Granted Grade II-listed building status in 1963, it still retains its large wrought-iron arched roof, a noted piece of railway engineering, due to it being the widest unsupported iron arch in Britain after the Barlow train shed at London St Pancras.

“As we know, retaining titles can often be harder than the initial win,” said CEO Shaun Hinds.

“To be named as Best Conference Venue for the second-year running is simply fabulous and a testament to the professionalism and attitude of the whole team here at Manchester Central. To be recognised in this way by our industry peers is wonderful.

“Above all, it shows that we’re not resting on our laurels and are actively seeking new ways in which we can improve both the client and delegate experience. This win makes it one of our most successful years for awards and I’m delighted that everyone’s hard work at the venue is being recognised.”