Tthe return of the much loved St George's Day Parade... 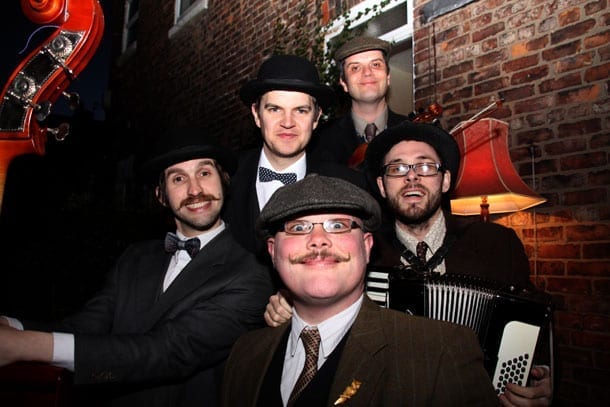 The Patron Saint of England will be celebrated in style this year with the return of the much loved St George’s Day Parade – and for one year only, an assortment of street entertainment in Piccadilly Gardens.

“bring the family, enjoy the parade and have a thoroughly entertaining day in Manchester city centre.”

In previous years the parade has been accompanied by the eponymous festival, but organisers are unfortunately unable to bring the event to the city centre this year due to a shortage of volunteers.

But fear not, Piccadilly Gardens will become the stage for an incredible string of performers – the best of English street theatre, comedy, musicians and magic acts – that will welcome the parade to the city centre on Sunday, 27 April.

The parade itself will leave Varley Street, Miles Platting, at 11.30am and reach Piccadilly Gardens soon after midday – with the street performances ready to entertain the crowds from 11.30am throughout the afternoon until 4pm.

As part of the street entertainment, listen out for the eccentric Mr Wilson’s Second Liners, led by the biggest saxophone the audience will ever have seen; the enormously talented Hat Stand Band; the incredible juggling and trickery of Dan the Hat; and the laugh out loud comedy of Curious Cargo’s Temperance Society – among many others.

Following the parade, expect a giant St George on horseback and, of course, knights fighting dragons – as well as an array of traditional and modern characters from English culture.

Cllr Rosa Battle, Manchester City Council’s executive member for culture and leisure, said: “Manchester is home to some of the best celebration parades in the UK and the St George’s Day Parade is always one to remember. This year the procession will be met in Piccadilly Gardens with some incredibly talented performers who will wow audiences of all ages throughout the afternoon. So bring the family, enjoy the parade and have a thoroughly entertaining day in Manchester city centre.”

Thelma McGrail, Organiser of Manchester’s St George’s Day Festival, said: “Each year we are more ambitious and each year the parade goes from strength to strength. Of course, we couldn’t achieve any of this without the help of our sponsors, Adactus Housing, and we would like to give them a huge thanks for all their support.”