Everyone’s heard of Notting Hill Carnival – but that doesn’t mean London has a monopoly on dutty winders and bass-heavy sound systems.

In fact, Manchester has its own rich Caribbean Carnival tradition too – and it stretches back over more than 40 years.

There’s some debate about the start date – it depends on who you ask. Some say 1970, some say 1971 or 1972. But what everyone agrees on is how it got started – as an impromptu parade set up by locals, mostly of Trinidadian and St Kitts & Nevis origin.

Over the years Manchester Caribbean Carnival has grown into one of the biggest events in the city’s cultural calendar, attracting around 50,000 people to the Moss Side area of the city every year.

And it returns to Alexandra Park this weekend with a lively mix of floor-shaking beats, vibrant costumes and more jerk chicken than you can shake your maracas at. We can’t wait. 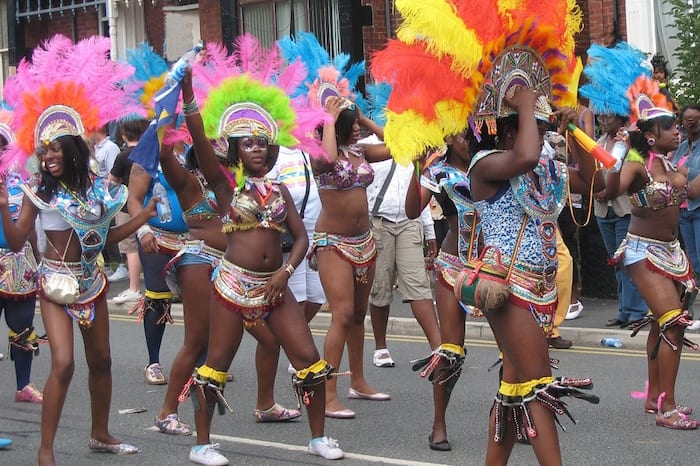 Things kick off early from 7am on Saturday morning with the J’ouvert street party, which will wind its way through the streets of south Manchester in the first display of dance troupes in colourful costumes to a lively backdrop of soca and steel bands.

Then the main parade typically leaves Alexandra Park around 1pm on a circuit along Alexandra Road, Moss Lane East, Upper Lloyd Street and Claremont Road and returns about 3.30pm. Please note that official times for this year are yet to be announced. 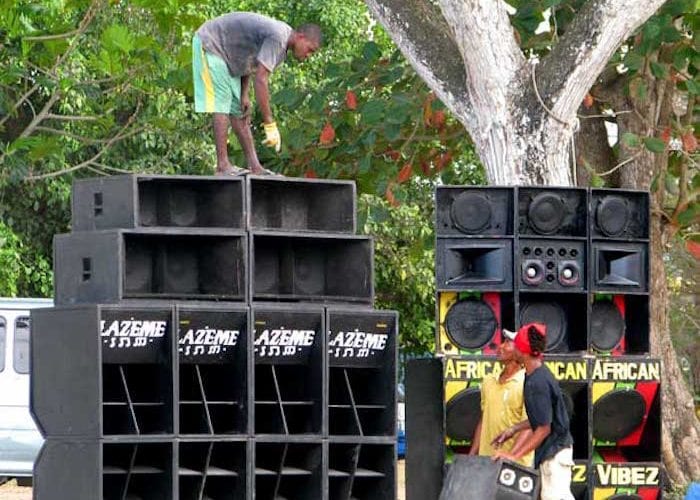 From soca, steel and mas bands to trembling sound systems, dancehall and grime artists and reggaeton DJs, Manchester Caribbean Carnival offers a rich array of musical entertainment. This year there will be three main musical arenas, each offering their own flavour – plus numerous rigs popping up in the surrounding area.

The main Carnival Arena –  Here themed costumes meet with music and dance as mas (masquerade) bands take to the stage to battle it out on Saturday. Sunday, meanwhile, sees a mixed line-up of soca bands and dancehall artists appear alongside DJs playing bashment and soca.

The NTS Radio sound system will be returning to Alexandra Park for its second year running with a full-on two-day lineup full of legends.

On Sunday, Anz goes back to back with Jungle Joe, followed by a set from LZ with Chunky, P1 Caps, Con M1 and Black Josh. And things will hot up even further in the evening with Strategy taking to the stage followed by Lady Ice, Blind Mic and Eva Bee.

Food, drink and other entertainment 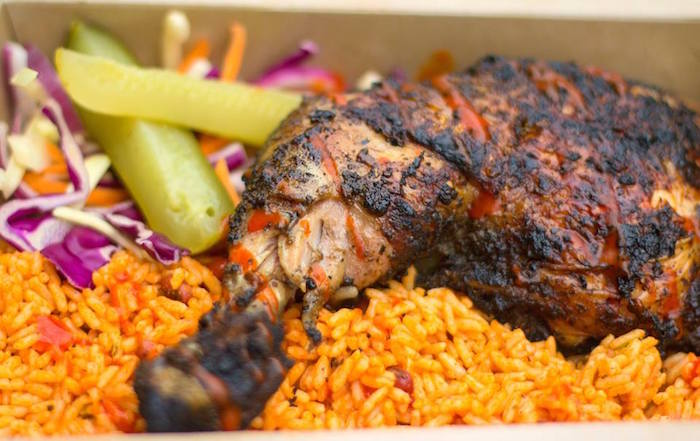 One of the most impressive things about Carnival is the sheer number of jerk chicken grills in one place. If you love a bit of jerk chicken – and who doesn’t? – this is the place to get it. Other Caribbean treats are available, including patties, dumplings and fried plantain.

On the drinks side, expect a healthy amount of Dragon stout and Wray and Nephew plus stands selling super-fresh pina coladas from hollowed-out pineapples. Culinary heaven.

For further entertainment, you can look forward to a funfair with 20 rides plus plenty of games, stalls, inflatables and a soft play centre for the little ones.

How to get there

The organisers are encouraging people to leave their cars at home and use Manchester’s public transport system to find their way to Alexandra Park, which can be reached using the following bus services: 85, 101, 102, 103 and 111. For a journey planner, timetables and route maps click here.