Manchester-born enterprise Foodinate donates 100,000th meal for those in need

Since 2016, Manchester-born social enterprise Foodinate has partnered with
restaurants and event venues to fight food poverty in the UK and bring hot, nourishing
meals to people in need in deprived local communities.

Back in January 2018 it celebrated donating over 10,000 meals to struggling local people, and now it has hit the 100,000 meal milestone thanks to donations from its restaurant partners.

The brainchild of founder Caroline Stevenson, in its simplest form the meal-for-a-meal scheme partners up restaurants with local charities and asks participating eateries to mark a selection of their dishes with the Foodinate logo.

Every time a customer orders one of these designated menu items, the restaurant funds nourishing meals for local people to help stem the food poverty crisis.

Caroline set up the social enterprise scheme Foodinate at the age of 23, with little experience, contacts or money, just months after it was revealed that homelessness had quadrupled in Greater Manchester.

Her experience of seeing many people on the streets struggling to afford to eat in Manchester spurred her on to try to make a difference in her home town.

And now just three years later, thanks to a whole heap of passion and determination, Foodinate has expanded its operation to help vulnerable people in 12 deprived areas across the UK.

“When I first started working on Foodinate, I dreamt about what it would feel like to reach milestones like this. Providing 100,000 hot, nourishing meals for some of the hardest to reach individuals, in some of the most deprived communities across the UK,” says Caroline.

“I’m so proud of the team and will be forever grateful to our dedicated partners for believing in this idea and making it happen with us. Unfortunately, with more than 13 million people in the UK living below the poverty line, our work has only just begun, and we have huge plans to take our impact to new heights.”

In the past three years, Foodinate has won 10 awards for their social innovation and female-founded entrepreneurialism. Caroline has recently been named Inspirational Woman of the Year at the 2018 Enterprise Vision Awards.

They are already working with some giants in the industry including The Alchemist and GG Hospitality and have big plans to take Foodinate to large-scale venues and events, including stadiums, music festivals and large sporting events in the near future.

As part of these plans, they have just launched a new “Business Champions Club” in the hopes of fundraising an additional £100,000 to expand resources and supercharge their impact to the next level.

This membership offer is directed as businesses that don’t fit the traditional meal-for-a-meal model and has been designed to help them to become a part of the Foodinate movement.

“It’s such a simple idea with such a powerful social impact, they’ve seen what we’ve been able to achieve so far and they want to be a part of it moving forward. We want them to be part of it, too. I’ve lost count of the number of amazing businesses that have approached us wanting to support our mission but couldn’t adopt our usual ‘eat a meal, give a meal’ model.”

Businesses can become a bronze, silver or gold champion of the enterprise, pledging to donate anything from 1,000 to 10,000 meals for those in need in their community.

It’s directly particularly at event suppliers and venue owners and, Dan believes, has the potential to generate hundreds of thousands more nourishing meals for those in need.

But what starts with food, doesn’t necessarily end there.

The centres Foodinate work with – such as Mustard Tree in Manchester – often provide a range of services, covering everything from addiction therapy, benefits advice, CV workshops and housing assistance.

There’s even an opportunity to take part in art and music classes. 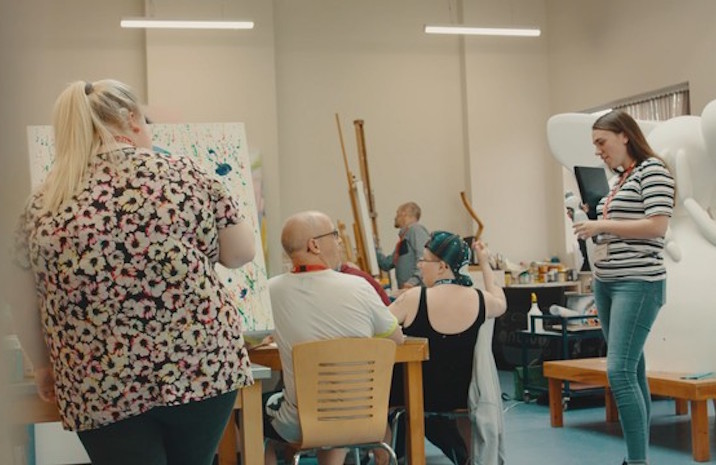 The partnerships allow kitchens at local charities to rely not just on waste food, damaged food or food that’s just about to go out of date – it provides them with a budget to purchase fresh food, too.

In turn, this gives beneficiaries the opportunity to volunteer in the kitchen, to come up with their own recipe ideas and learn new skills in cooking and budgeting.

Foodinate has found that 45% of those who enter a centre to receive a meal also take part in activities which boost health, confidence and practical and social skills.

Over 25% of those who start by entering their door for a meal go on to gain work placements, employment, or gain a nationally recognised qualification.

These figures show that the impact of the enterprise is reaching far and wide into our communities and, whilst there is a long way to go to eliminate food poverty entirely, this Manchester enterprise is certainly spearheading positive change.