The landmark new arts venue, which is currently still being developed in the heart of Manchester, will be a global destination for arts, music and culture, commissioning and present a year-round programme of extraordinary, ground-breaking and interdisciplinary work by leading artists.

It was conceived in 2014 when then-Chancellor George Osborne pledged £78m as a cultural contribution to the Northern Powerhouse.

It’s the first major public building to be designed by internationally-renowned architects Rem Koolhaas’ Office for Metropolitan Architecture (OMA) in the UK, its development is being led by Manchester City Council.

But the building has been afflicted by delays and rising budgets and will have to prove its worth at a time when people and businesses are struggling with rising costs. 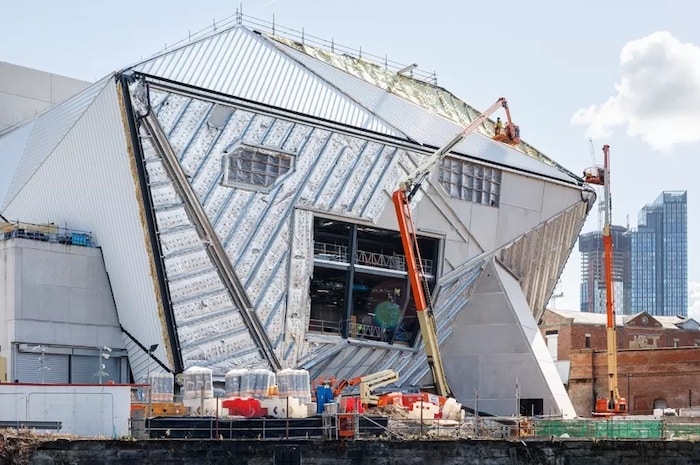 The design of Factory International is based around large, open, flexible spaces that will constantly change and reconfigure to meet the needs of the work created and shown in the building: from large-scale multimedia performances to epic installations.

Factory will also be a permenent new home for Manchester International Festival (MIF) which will operate the landmark venue as well as continuing to deliver the city-wide festival every other year.

Its key components include the warehouse, a vast space higher than four double decker buses stacked on top of each other which can accommodate 5,000 people standing; and the Hall, an auditorium theatre space split between fixed balcony and stalls, capable of accommodating between 1,500- 2,000 people, with an orchestra pit for 80 musicians. The theatre space is made exceptional by its relationship to the warehouse through a supersized proscenium and can be configured to stage works independent of the warehouse or utilise the floor of the warehouse to give an extraordinary stage area.

Aiming to attract up to 850,000 visitors annually, Factory International will add around £1 billion to the economy over a decade and create or support 1,500 jobs.

Almost four years after construction started, main contractor Laing O’Rourke is on the home straight and plans for a blockbuster opening event have now been announced.

Danny Boyle will direct an immersive experience based on The Matrix films called Free Your Mind that will run from 18 October 2023 to 5 November 2023. 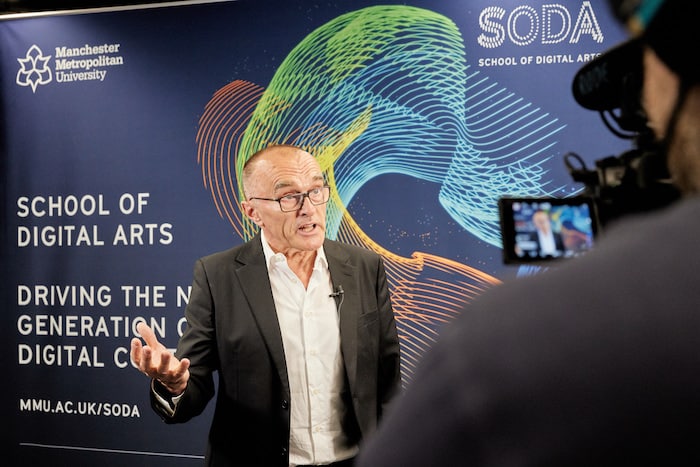 This will begin next October a few months after the 2023 edition of the Manchester International Festival, which will act as a soft launch for the venue before Free Your Mind kicks off.

Its seminal programme of skills, training and engagement hopes to benefit local people and the next generation of creative talent from across the city, whilst apprenticeships and trainee schemes are already underway during the construction phase. Located in the new St John’s neighbourhood next to the River Irwell, Factory International will be at the heart of a burgeoning city centre hub for culture, creativity and digital innovation.

Chairman and CEO of global macro hedge fund Caxton Associates, Andrew Law, said: “Manchester has a global reputation as a centre for creativity and the arts and this will be further augmented by the addition of the fantastic and diverse programmes of work planned for the Factory International. Culture is a brilliant contributor to growth and regeneration, and the Academy is designed to bring these benefits to local young people. Zoë and I look forward to seeing the impact first hand that this project will have in the region.”

Cllr Luthfur Rahman, Deputy Leader of Manchester City Council, said: “Factory International is a bold and exciting project which will reinforce Manchester’s position as one of the world’s leading cultural and creative centres as well as generating jobs, opening up new training opportunities and supporting the city’s wider economy.

“We are delighted to welcome this generous gift from the Law Family Charitable Foundation and we are excited that Andrew & Zoë have so fully embraced the vision of what Factory International will deliver for the city, the region and the country.”