When Manchester Art Fair launched in 2008, the city centre contained barely three commercial galleries, and it was very difficult for an uninitiated audience to actually buy art.

A decade later, the scene is thriving and we’re rapidly becoming a city of art lovers. Manchester Art Fair has undoubtedly played a large part in the shift.

The event has welcomed over 68,000 visitors over the years looking to buy modern and contemporary paintings, sculpture, photography and editioned prints. It has allowed thousands of Mancunians to fall in love with the experience of buying art – over £4.5m worth. 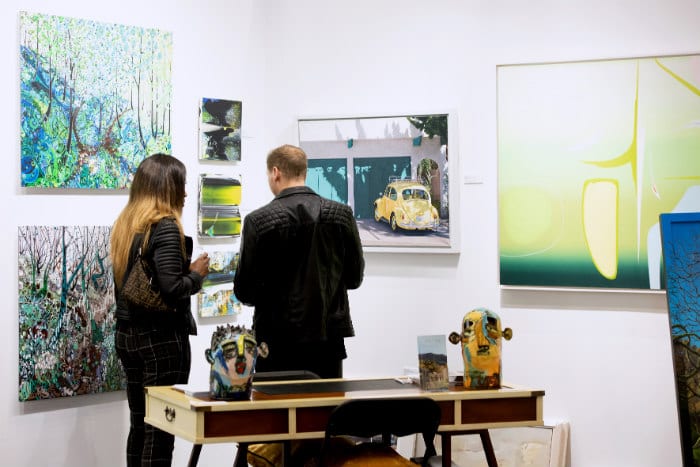 “We always knew that the art market in the North of England had huge potential and the increasing art sales every year show this to be true,” says fair director Sophie Helm.

The annual fair has also nurtured a new generation of artists.

The event has provided Manchester School of Art and Salford Art School with the opportunity to show their student’s work in a professional fair setting, and also for individual students to work with the fair, gaining links to industry and contacts within galleries and the wider world, as well as valuable experience.

“As an artist one of the biggest challenges is reaching a broad audience,” says Lee Herring, a Cheshire based contemporary painter specialising in colourful and abstract landscapes who has exhibited at the fair for the past three years.

“Manchester Art Fair is a great platform for that, opening the door to new clients and galleries. It’s brilliant to have it here in the North West.”

And by providing a spotlight and shop window for galleries and artists’ studios to reach an audience, the fair has helped to generate a market that has encouraged other commercial galleries to flourish within the city.

It’s a promising trend for the region. Over the last five years the event has seen a 25% increase in exhibitors from the North. 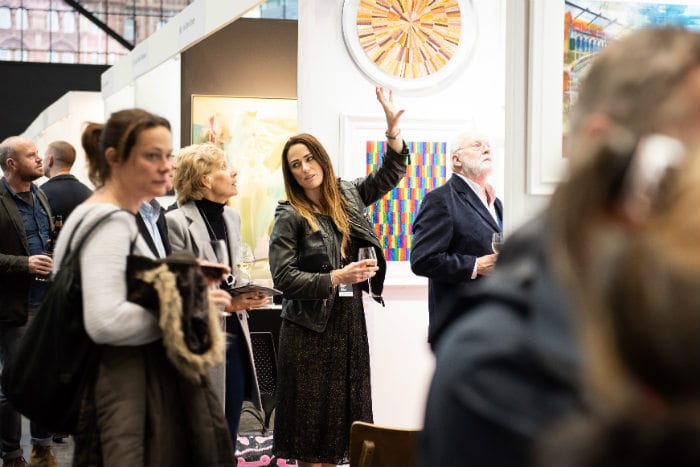 And in turn, Manchester Art Fair has enabled artists based in the North to build an audience of buyers, collectors and patrons, who share a real connection to the city of Manchester.

Returning to the fair for 2019 are Manchester favourites Saul Hay Gallery, Contemporary Six and Artzu Gallery. They will be joined from further afield by Cornwall’s The Drang Gallery, Norfolk’s A Heart of Glass and Subversion Gallery from Glasgow.

In the artist-led section of the fair, returning artists whose work has proven very popular with visitors in previous years include Laura Jordan’s detailed cityscapes, Lee Herring’s colourful abstract landscapes, and the raw expressive paintings of Ian Rayer Smith.

The list also includes many exhibitors who are new to the fair such as Cheshire’s Gateway Gallery who specialise in Modern British and contemporary artists, Cumbria’s Northern Lights Gallery bringing work inspired by the Lakeland fells and Robert John Watson who will be exhibiting his contemporary photography. 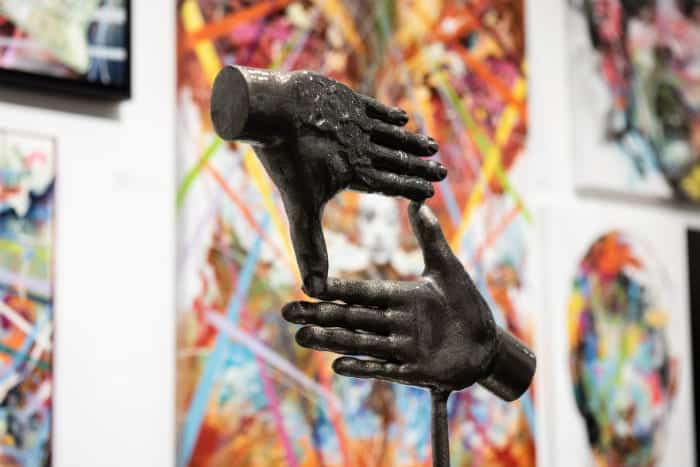 Taking place alongside the fair, The Manchester Contemporary showcases the strength of the UK’s regional artists and galleries alongside key international presentations that can only be seen in Manchester.

The Manchester Contemporary Art Fund is now the largest philanthropic art fund in the North. Since conception it has encouraged a new generation of art patrons, and acquired incredible pieces by talented emerging artists for Manchester Art Gallery and the people of Manchester.

There’s no doubt the North’s art scene is on the up. See what it’s all about and start your own collection at Manchester Art Fair next month.

Manchester Art Fair and The Manchester Contemporary both take place on 11th-13th October 2019 at Manchester Central Exhibition Centre. I Love MCR readers can get FREE weekend tickets, worth £5 each, by clicking the button below.