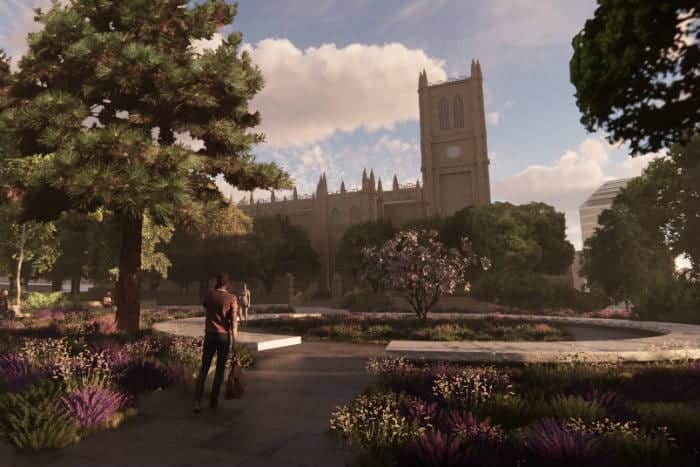 Glade of Light will be a peaceful garden space, with a white stone ring 'halo' bearing the names of the 22 who lost their lives
Share
Tweet
Share
Chat

Planning approval has today been granted for the memorial to those who lost their lives in the 22 May 2017 Manchester terror attack.

The Glade of Light, designed to be a living memorial – a tranquil garden space for remembrance and reflection – was endorsed by the Council’s planning committee.

Construction work is now due to start at the beginning of March, and will complete in November this year.

The memorial will be located between Manchester Cathedral and Chetham’s School of Music, at the foot of Fennel Street where it meets Victoria Street.

Glade of Light is designed to be a peaceful garden space, with a planting scheme planned to ensure year-round colour and reflect the changing seasons – a living memorial entirely using plants which grow naturally in the UK countryside.

Tree locations have been calculated to maximise light and ensure the garden gets as much sunlight as possible. 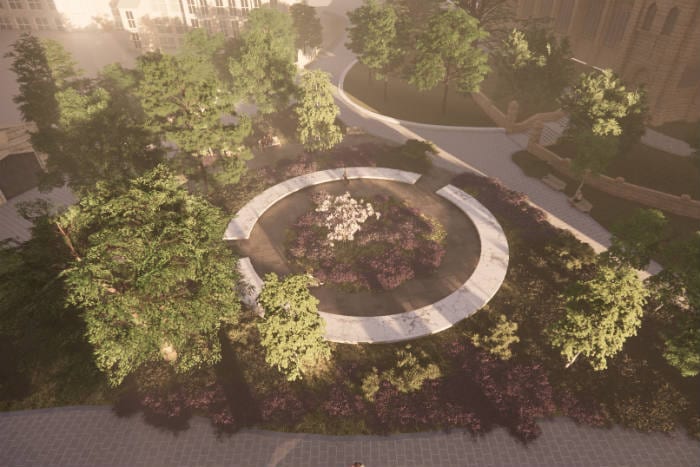 The centrepiece of the memorial is a white stone ring ‘halo’ which will bear the names of the 22 who lost their lives set in bronze, with personalised memory capsules – containing memories and mementos to be provided by their loved ones – held within the stone.

Families of those who lost loved ones in the attack have been consulted and kept informed during the memorial process, including on the appointment of designers BCA Landscape and Smiling Wolf.

“This memorial at the heart of our city promises to be a beautiful tribute to those whose lives were so cruelly cut short on 22 May 2017,” said Sir Richard Leese, leader of Manchester City Council.

“Their memories will endure and Manchester will never forget them.

“The Glade of Light will become part of the fabric of our city, a calm and peaceful place which will blend seamlessly with the regeneration of the wider Medieval Quarter in which it sits.”

“We made a solemn commitment to honour the 22 people who were killed in that heinous attack and it was important that we took great care to deliver something moving and appropriate,” she said.