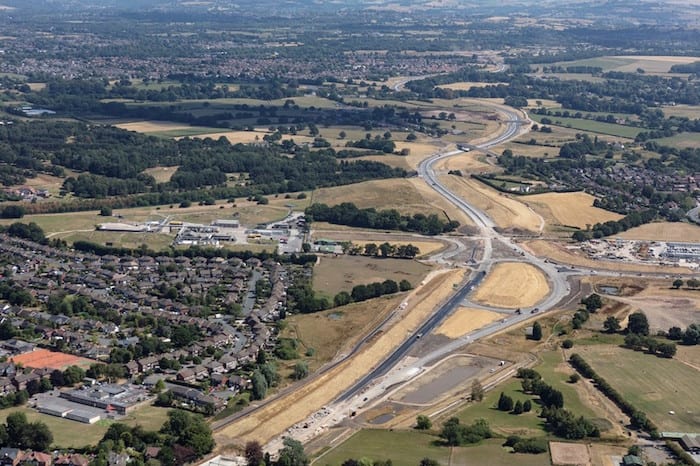 At l-o-n-g last the Manchester Airport Eastern Link Road between the A6 in Hazel Grove and the M56 motorway is set to open on Monday.

The £290 million dual carriageway, by-passing Poynton, Bramhall, Cheadle Hulme and Heald Green, has suffered months of delays caused by bad weather, the complexity of the project and the collapse of Carillion, one of the two main contractors.

A new route between the A6 south of Stockport and Manchester’s growing airport was first mooted in the 1930s, but it took another 60 years for work to begin.

The middle section between Bramhall and the old A34 – bisecting the new Wilmslow by-pass near the Handforth Dean shopping complex, was completed in 1995 and designated A555. 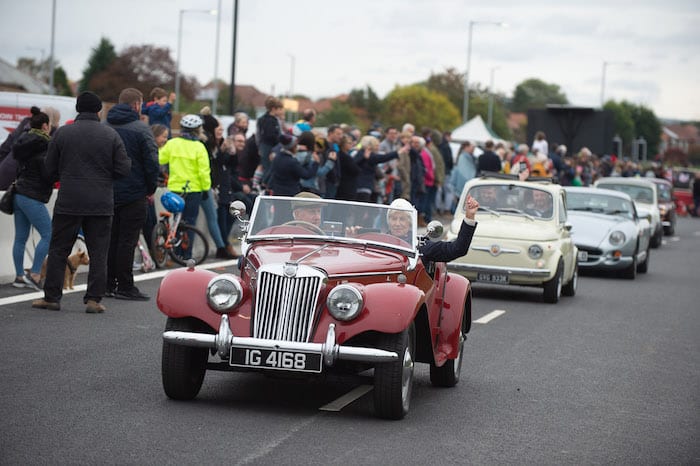 But the scheme was then abandoned owing to funding difficulties, leading the truncated route – which reached neither the A6 nor the airport – to be dubbed “a white elephant” and “the road to nowhere”.

It took more than 10 years for the original ambition to be revived.

In November 2008, funding was pledged by Geoff Hoon, then transport secretary in Gordon Brown’s Labour government, to extend the route to Hazel Grove and complete the link to the airport.

Hoon’s promise proved to be yet another false dawn, for when Labour was defeated in the General Election of 2010, the road scheme was put on hold by David Cameron’s incoming Conservative administration.

Within a year, however, the project was back in play. In November 2011, the government finally approved plans to complete the link as part of a major programme of infrastructure investment and it gained its final approval in March 2015. 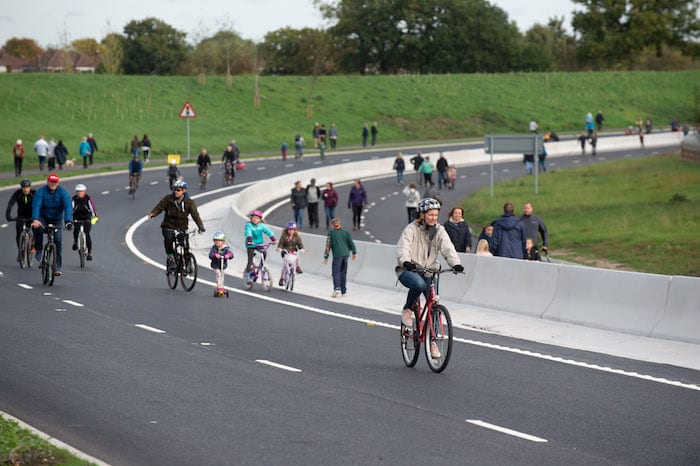 Construction of the route proved to be a huge and complicated undertaking.

Over the past three years task has included 10km of new single and dual carriageway, 11 new and upgraded junctions, 4 rail crossings, 7 other bridges and substantial “ecological mitigation” works to conserve and protect great crested newts, bats, and badgers.

A shared pedestrian and cycle path will run parallel to the road for its whole length.

Completion date, set for the spring of this year, was put back by torrential rain impacting on work between last December and February, followed by the collapse of Carillion.

Last weekend, local communities along the route were invited to inspect the road and thousands of people turned out on the last Sunday before it opened to traffic.

The day began with over 800 runners and wheelchair racers taking to the road for the A6MARR 5k, before the road was opened up for people to come and walk, cycle and scoot along it at their leisure.

British Cycling’s ‘Let’s Ride’ activities were enjoyed by hundreds of people of all ages whilst many others managed to navigate their way around Ceracycle’s bike obstacle course.

The day culminated in a classic car parade with 189 cars spanning the last 100 years taking to the road for the event finale. The parade was enjoyed by thousands more spectators lining the route.