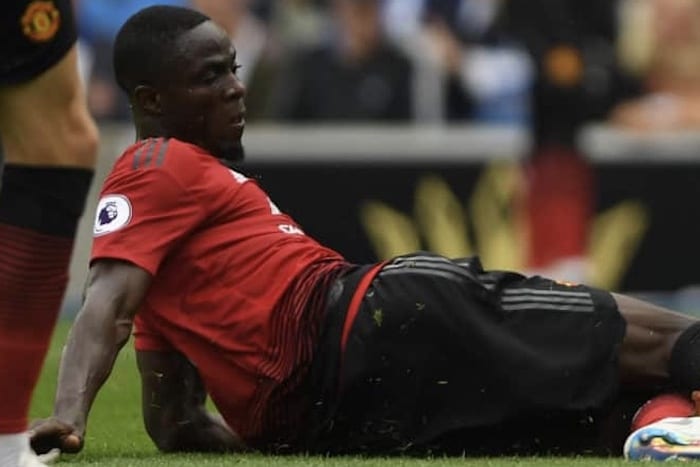 Name one United player you’d want in your corner if your back was against the wall. Come on, it’s actually quite a fun game.

My answer? Not one of them. Maybe De Gea. Definitely not Pogba.

And herein lies the problem for United and Jose Mourinho. There’s absolutely no character in this team nor in the squad at all.

They seem to get up for the big games. City away last season, Liverpool at home, Arsenal away, Spurs at home, Chelsea at home. They can muster the fight and spirit when it comes to these encounters.

But for Brighton away twice on the bounce, Huddersfield and Newcastle away last season – and even Leicester at home on the first day of this – they’re just anonymous.

I can already see us crumbling against Cardiff in December. In our next two games we’ve got Spurs at home, followed by Burnley away. I bet we beat Spurs and lose to Burnley.

With his profile, current demeanour, and recent comments about City, Jose Mourinho is clearly in the firing line for his team’s performance away at Brighton yesterday. I’ve already read about his influence being on the wane and the disconnect between manager and players.

I’m not a huge Jose fan and I wouldn’t shed a tear if he left. But on this one, I don’t think all the blame can be put at the manager’s feet.

The players are the ones on the pitch.

Eric Bailly and Victor Lindelof are two international centre-halves getting bullied by a journeyman striker. Paul Pogba is a World Cup-winning, £90million, Barcelona-flirting central midfielder getting upstaged by a £3million signing from a relegated Bundesliga side.

Anthony Martial is the sulking £50million wantaway forward still adored by the fans. It’s early days for Fred, but he looked out of his depth. And everyone’s favourite nice guy, Juan Mata, was anonymous going forward and offered absolutely nothing defensively – directly leading to one of their goals.

There’s no passion, no fight and no brains. Obviously, Brighton were going to be bang up for it. Having beaten us last season, they knew if they got amongst us they’d have a chance.

It’s quite simple, really. The United fans knew this. How can the players not?

United started so slowly they let Brighton’s players get a few early touches and feel their way into the game. Their confidence grew, and they knew with the right spirit and fight, United were there for the taking.

If United had started on the front foot and imposed themselves from the off, Brighton wouldn’t have had a chance to settle.

I hate looking across the road to City, but at the moment it’s really hard not to. So, despite the sick in my mouth, we’ll have to go there.

Under Guardiola, City never relent. They play their way and they immediately impose themselves, regardless of who they’re up against. The opposition has to adapt and cope with City, hoping they can weather the storm and start to feel their way into the game. Most don’t get that far.

For United, it’s the opposite. Against the so-called weaker teams, we just turn up and think we’ll probably win. City are focussed, knowing that if they execute their game plan, they will win. Their players are better technically and mentally.

Which begs a number of questions.

Are the United players stupid? I think partly, yes. I can name one or two who definitely don’t have a football brain.

Do the United players care? It looks like a couple would definitely rather be playing somewhere else. Are they good enough to come close to winning the league? Absolutely not.

I actually applied for an away ticket for Sunday’s game. A nice couple of days on the south coast, rounded off with a Sunday afternoon at the match.

I’m so glad I was unsuccessful in my application and only had to suffer it on TV. I couldn’t get a ticket because double the amount of people applied versus the number of tickets available. That’s around 6,000 United fans who were willing to pay good money to travel to watch that performance.

The fans deserve so much better. And to be honest, so does the manager.

There are past United players who simply wouldn’t have stood for that performance. At the moment, I don’t think there’s one in the dressing room willing to stand up and take his teammates to task.

That’s not Manchester United. And that’s why this team has completely lost its way.