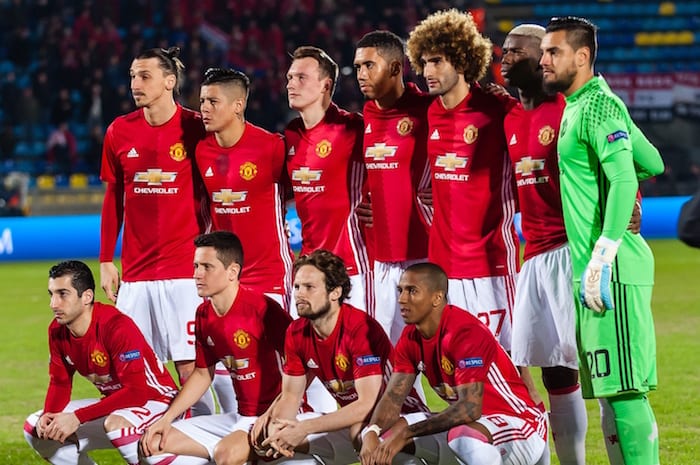 Now the dust has settled, the season looks like a success. And rightly so. With two trophies in the bag (the Community Shield is not a trophy) and a place in the Champions League group stage secured, Jose Mourinho has restored a bit of pride.

That part of it was good enough. Finishing in sixth place, 24 points behind Chelsea, wasn’t.

On the one hand, the last time United went straight into the group stage of the Champions League was Fergie’s final season when they finished as Champions. On the other hand, United have only ever finished lower in the Premier League once. David Moyes was the manager then and didn’t make it to the end of the season.

We’re looking back and running the rule over the manager, players and entertainment value.

He’s a serial trophy winner and that’s what he’s done. He may have moped around the early stages of the season, criticised players publicly, and bemoaned the style left by van Gaal, but ultimately he’s beginning to instil a Fergie-esque mentality.

He’s also well aware that winning trophies breeds top class players and the will to win that leads to more and bigger trophies. We’ve seen it happen before the club’s first Premier League in 1993 and Fergie’s second Champions League in 2008.

It feels like United are building something under Jose and more trophies are to come.

Verdict : Trophies and a winning mentality are not to be sniffed at A-

The standout – you can’t look past Zlatan with 28 goals in his debut season in English football. Antonio Valencia has been impeccable at right back, while Ander Herrera has honed his game to become a sharp-tackling, quick-passing menace in midfield. Eric Bailly was a beast.

The improved – Marcus Rashford again buy ambien on the street showed his class at the end of the campaign, but struggled for form before Christmas and suffered an epic Premier League goal drought. Henrikh Mkhitaryan did well in Europe but too often flattered to deceive in the league. Juan Mata had some of his best performances in a United shirt and Matteo Darmian finished the season looking like the accomplished Italian full back we thought we’d originally signed. Marouane Fellaini was decent at times and became one of Jose’s trusted lieutenants.

The average – Michael Carrick justified his reintroduction early on in the season, but faded and looked his age. Jesse Lingard scored in two Wembley outings but suffers from poor finishing too often. Daley Blind had his moments but never showed the form from the previous season. Phil Jones looked a revelation when fit and keeping six clean sheets in 13 consecutive matches before getting injured again.

The poor – Luke Shaw struggled to regain his previous levels and forgot how to cross. Chris Smalling struggled with both form and injuries. Wayne Rooney, despite achieving history, looked slow and off-the pace. Anthony Martial was nowhere near the heights of his debut campaign.

Verdict : OK, but room for improvement. Low on world class talent B

This was the biggest worry among United fans when Mourinho came on board. We might win, but we won’t do it in style. In fairness, we didn’t even win that much – drawing 10 home league games, as well as 12 during the 25 match unbeaten run. We only scored 54 goals in the league – one fewer than Bournemouth and 32 fewer than Spurs. Match days at Old Trafford have been a grind. This won’t be acceptable next season.