Man United are top of the league – for players’ wages 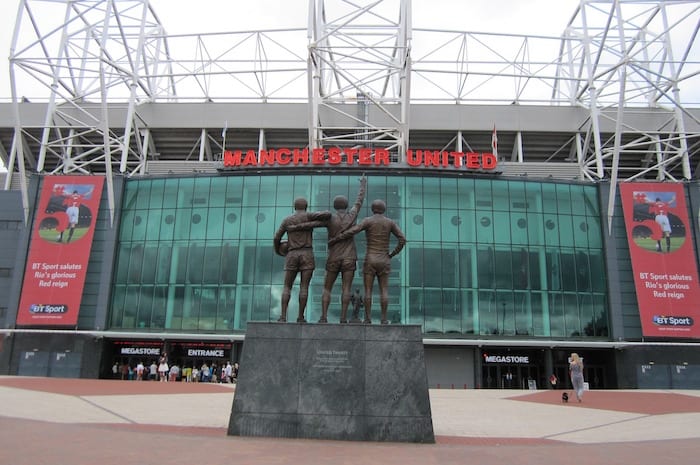 It’s been a long time since Manchester United were top of the Premier League – 9th September 2017 to be precise, if you don’t count the first day of this season when they were top briefly because they played the day before anyone else.

Given their awful form this season, it’s actually much more recent than you might think.

But there’s one league United are top of. When it comes to paying their players, they are the biggest spenders in the Premier League.

According to the Global Sports Salaries Survey by Sporting Intelligence, United have got the biggest wage bill in the Premier League with an average annual payroll per player of just over £6.5m – more than £125k a week.

That makes United players the fourth highest paid footballers in the world, behind Barcelona, Real Madrid and Juventus.

Just behind United in second place in the Premier League are Manchester City, with an average salary bill of a relatively modest £5.9m per player.

The two Manchester clubs remain clear of the rest in basic pay terms, according to the survey.

Making up the rest of the top six are – yes, you guessed – Chelsea, Liverpool, Arsenal and Spurs. Which suggests that, unsurprisingly, there is a correlation between wage bill and performance on the pitch.

And with one notable exception – Leicester City in 2016 – the Premier League has consistently been won by the biggest spenders.

You would think that by having the biggest wage bill in the Premier League, United would at least be challenging for the title instead of languishing in 7th place, 14 points and a million miles behind Manchester City in top spot.

But there is another factor to be taken into consideration. United have spent a mere £696m on buying players – much less than Manchester City, who have spent a cool £864m assembling a squad which, according to the survey, is the most expensive in the history of world football.

So the way forward for United is clear. Buy more players or introduce performance-related play.

If performance related pay doesn’t work, at least the club would save a fortune on its wages bill. Because if the players were paid according to the way they’ve performed this season, some of them would be on the national minimum wage.