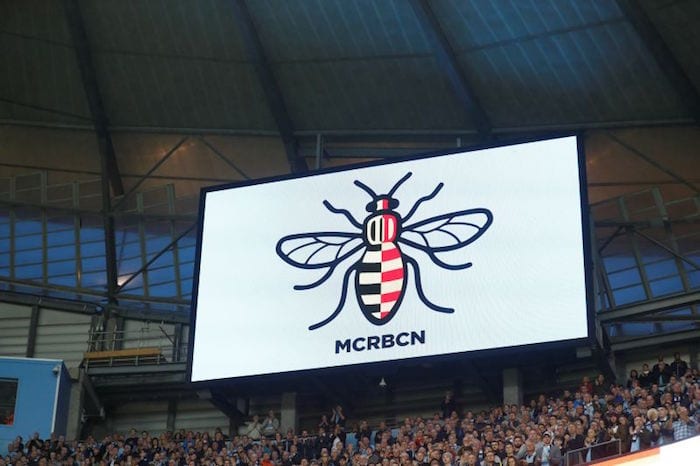 The 1894 Supporters Club remembered the victims of the May’s Arena attack at the first home game of the new season against Everton last night.

22 people lost their lives and many more were injured following the bombing of the Arena on May 22 this year. Since then, millions of pounds have been raised to support the victims and their families, but the Supporters Club felt this was the first time that City fans en masse could show their support.

A large banner with the words Live Forever 22 combined with the worker bee logo – a symbol that, along with the I Love MCR logo, has become synonymous with the resilience and heart of the city – was displayed.

An image of a bee was also displayed on the big screen during the game as a mark of respect for the victims of the Manchester and Barcelona attacks.

A spokesman for the group said: “It’s right we remember those innocent victims and this is our first real chance as Blues to do this en masse. 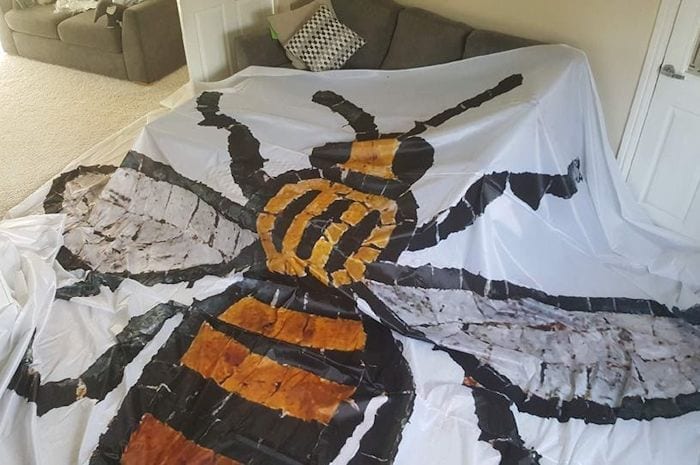 “The world’s media may have left St Ann’s Square but the scars remains for so many.

“We won’t be bringing the banner to every game – it’s a one-off. However, there is a feeling among the support base that we should honour them.

“Some fans have suggested a minute’s applause in the 22nd minute and a chant of “Stand Up For The 22” and as a one-off that is a tribute we think would be fitting.

“The club itself threw open their doors the day after the tragedy and the official supporters club also donated £16,500 towards the We Love Manchester Emergency Fund and some of the players made donations, too.

“So it’s simply a chance now for the rest of the fans to show their support.”

Both Manchester City and United have donated large sums of money towards the Emergency Fund. When the teams faced off for the first derby on foreign soil in Houston last month, they both wore shirts with the worker bee sewn onto them.

Manchester United Supporters Group also rushed to get a banner produced in less than 24 hours ahead of their Europa League Final back in May which read Manchester – A City United with the hashtag #prayformanchester.

Such has been the show of love and support for the city that City will continue to print worker bee printing on replica tops until the end of August for a £3 fee, all of which will be donated to the We Love Manchester Charity Fund.