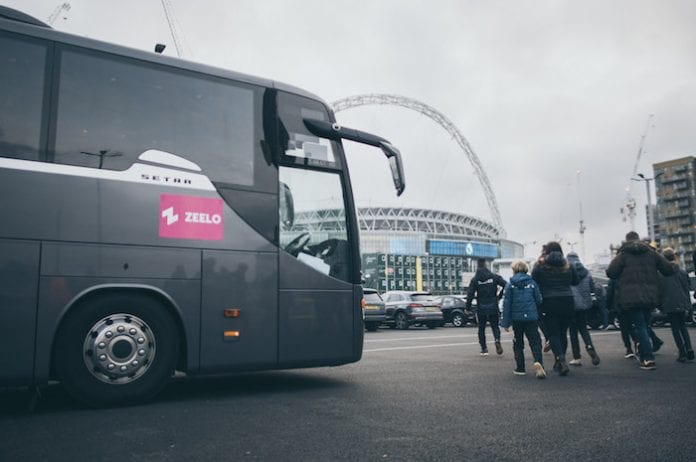 On Sunday, last season’s Premier League champions will square off against the Champion’s League winners in the traditional curtain-raiser for the new season. The match will give an early indication of City’s credentials as they hunt for a record-equalling third consecutive Premier League crown.

Return travel for the day is £30 – but City fans can get half price direct return travel to Wembley with Zeelo if they are one of the first 20 people to book by entering the promo code “COMMUNITYSHIELD” on the website.

Zeelo will be picking up City fans from Chorlton Street in Manchester city centre, with additional pick-up points in Stockport town centre and Station House, Altrincham.

Tickets are sent straight to your phone and the direct trip means you won’t need to worry about parking or crowded public transport after the game.

Zeelo transports thousands of sports fans to games every week, running services for fans up and down the country including Tottenham Hotspur, Aston Villa, Harlequins and Saracens.

Zeelo uses data to pop-up coach routes that aim to cut travel times by 30% and keep fares low. All services are run on executive coaches with air-con and a guaranteed seat.