One of the world’s best restaurants has launched a meal kit – so what’s it like?

A pared-down, stripped back restaurant in Shoreditch’s Blitz-surviving Tea Building, Lyle’s is all about the food.

Awarded a Michelin star just 18 months after opening, the menu is a creative blend of British and Scandinavian influences, micro-seasonal and sourced from top producers.

Last year, the East London restaurant founded by James Lowe and John Ogier was named the 33rd best restaurant in the world – one of only two UK restaurants to make the world’s 50 best list.

And now, you can try it here in Manchester, since the modern British restaurant has started delivering provisions boxes and meal kits filled with seasonal treats to doorsteps up and down the country. 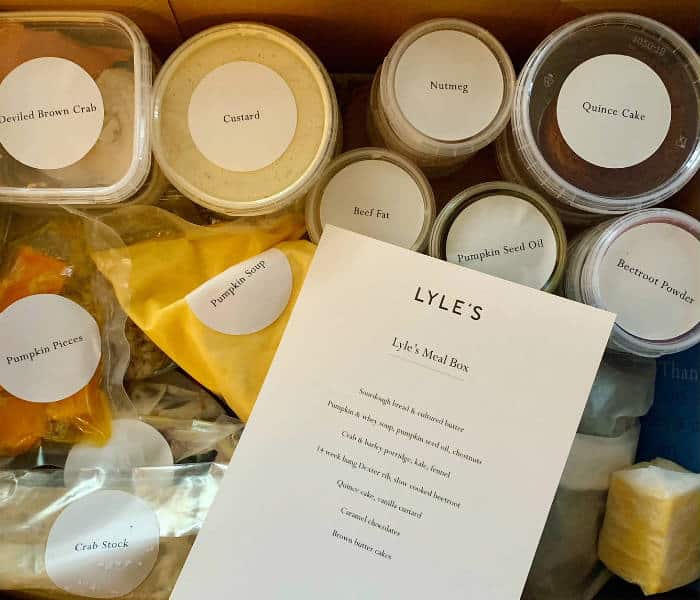 As autumn gets into full swing, the kitchen at Lyle’s is busy with deliveries from farms, fishermen and estates across the country – and the meal kits are all about making the most of the season’s exceptional produce.

We tried the new Lyle’s meal box, £140 and serving two people, to see how easy it is to recreate the experience at home.

The ingredients in the chilled box are all very clearly labelled – and thank goodness, because there’s a lot of them.

But it’s not as complicated as it sounds, and each course has a menu card explaining how to cook and assemble the dish along with a photo.

It’s worth reading them all first, as some of the dishes need a little more prep or notice – the beef, for example, needs to be out of the fridge two hours before you’re ready to cook it. 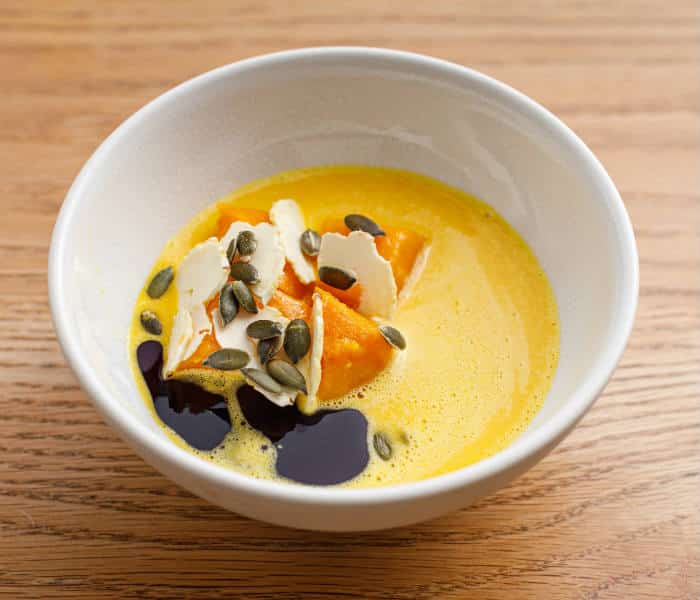 The menu begins with the Lyle’s classic sourdough loaf and butter, which is as easy as it gets, before moving onto a pumpkin and whey soup with chestnuts and pumpkin seed oil.

The soup itself needs to simmer in a pan, while you need to drop a bag of pumpkin pieces into a small pan of simmering water to heat through. Keep this pan on the heat, the instructions helpfully advise, as you’ll be needing it again.

Chestnuts need to be finely sliced with a sharp knife, then it’s just a case of assembling the dish by placing the pumpkin pieces, chestnuts and seeds on one half of the bowl and ladling the soup carefully around them before drizzling with pumpkin oil.

It’s a stunning soup, rich and warm as a cashmere blanket and full of exquisite autumnal flavours. 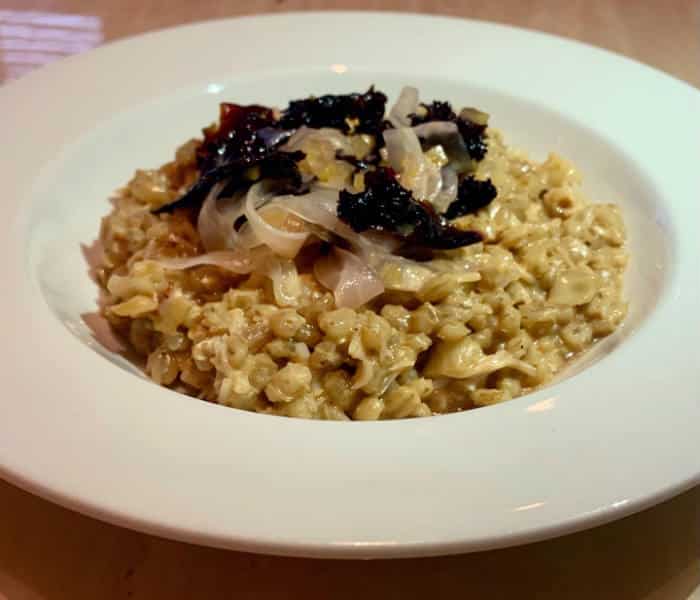 Next, there’s a crab and barley porridge with Cornish crab meat, made with fresh crab stock, deviled brown crab and tender white crab along with barley and fennel.

For the main event, there is fore-rib steak from Dexter Cows in Cornwall, a beautifully dark, marbled piece of meat.

The steak has already been cooked to a “medium rare 52 degrees C” so that we just need to colour it and heat up the interior, resulting in a perfectly cooked steak.

The timings, therefore, are painstakingly precise and you need to pay attention – 45 seconds on each side, until both sides have been on the pan three times; four minutes 30 seconds in total. 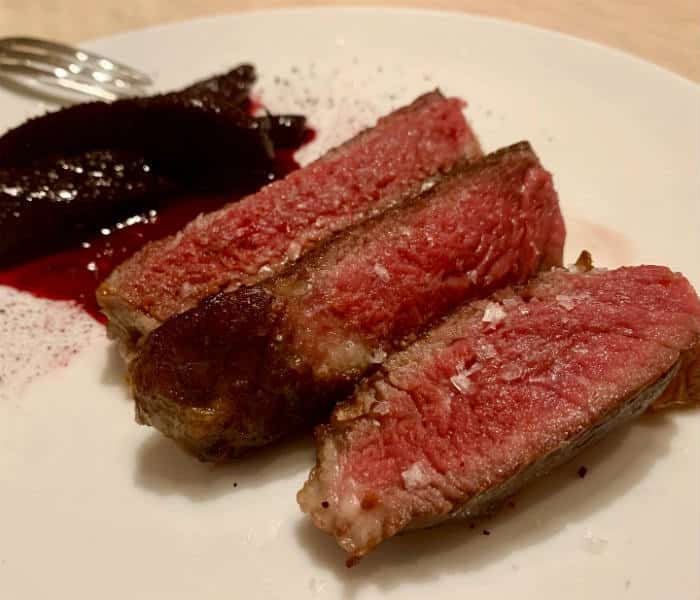 It’s accompanied by soft earthy beetroot, beetroot sauce, and a pot of beef fat to be rendered and spooned over the meat.

We’re used to seeing steaks described as aged, normally in terms of days, but this meat has been hung for 14 weeks – and the intensely savoury taste is, quite frankly, jaw-dropping.

This is pretty much the beefiest beef you’ll ever taste. It’s pure unadulterated joy.

Followed by a nap, if you’ve done it right. 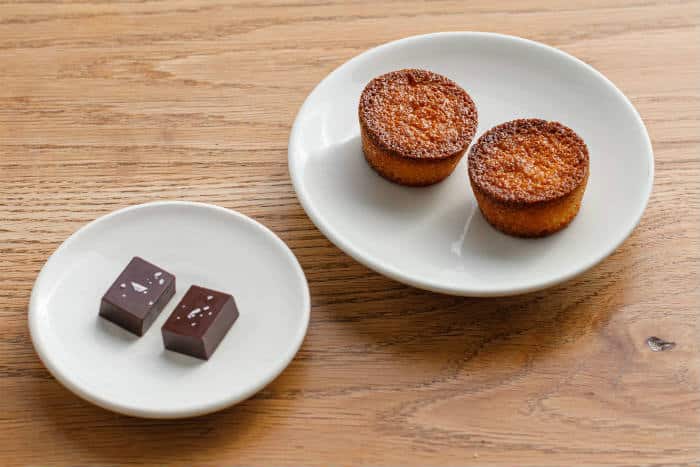 This is a luxurious box, with a price tag to match, but the ingredients here are as good as you can get. No wonder it doesn’t come cheap.

For a special occasion, though, it’s the ultimate treat for lovers of fine food.

Lyle’s also offer a game menu box (£140 for two people) focusing on wild game, British seafood, and foraged vegetables, while mince pie lovers can order a mince pie kit with enough filling and pastry for 12 pies, as well as a tray to bake them on (£54 for 12).

Lyle’s meal boxes, mince pie kits and provisions boxes are available nationwide, and can be ordered from lylesprovisions.com.