Love Thai? Learn how to make it at this Didsbury cookery school 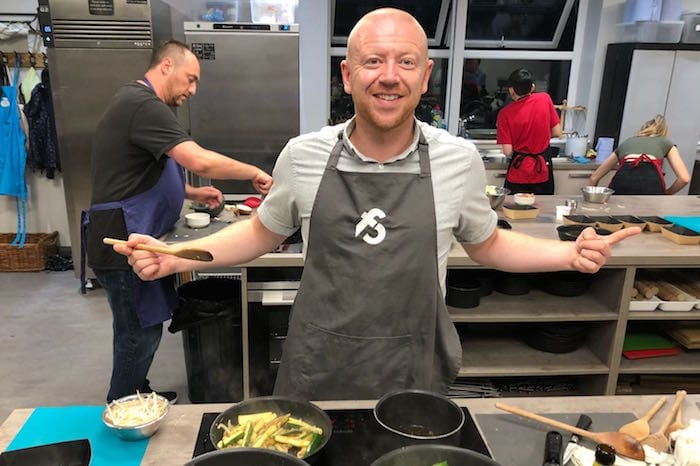 “Do you fancy reviewing a night of Food Sorcery?”

“Yes! Yes, I do”, I replied, childishly intrigued by the word sorcery.

I googled it and discovered it’s a cookery and barista school which offers a range of private and group based events and classes, rather than a night spent chanting incantations around a bubbling cauldron dressed like Harry Potter, as I’d first envisaged.

Both sounded fun to me.

Located in its own section of the Waterside Hotel in Didsbury, Food Sorcery is a multi-stationed open plan kitchen, a la Great British Bake Off, with little bar and a large dining table at the back.

This was the Thai version of their Cooking Together class. Once we’d all arrived – around ten of us – our chef for the night, Jason, gave a little intro speech and overview of the evening ahead in a fun and endearingly northern manner.

The running order of the night was as follows. Canapes and drinks on arrival, then a chef demonstration of a dish being cooked while you huddle round and drink, then break away into pairs, make the dish, eat it at the table, then repeat for the main. There’s a paid bar following the welcome drinks. 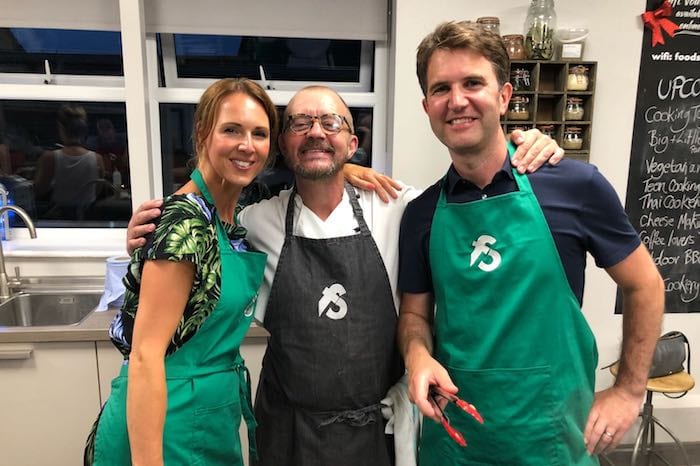 Our menu for the night was chicken satay to start, then a main of either hake or chicken with veg and rice noodles. The dessert of soufflé was pre-prepared to be made by Jason once we were likely a tad drunk and now celebrating our new status as bon viveurs with a flair for Thai cuisine.

The information for the class stipulated that it is for no specific skill level and people of any cooking ability were welcome. As people who would – perhaps foolishly – consider our skills to be pretty good, this sounded like a recipe for a roaring victory to us.

Whatever a victory might constitute in this context, my pal and I were confident. “Thai cooking, you say? Completed it, mate.”

As it transpired, it didn’t really matter as there wasn’t a competitive element to any part of the night whatsoever, with pairs all mucking in and helping each other out, and generally chatting and having a laugh as though we were all part of the same group. 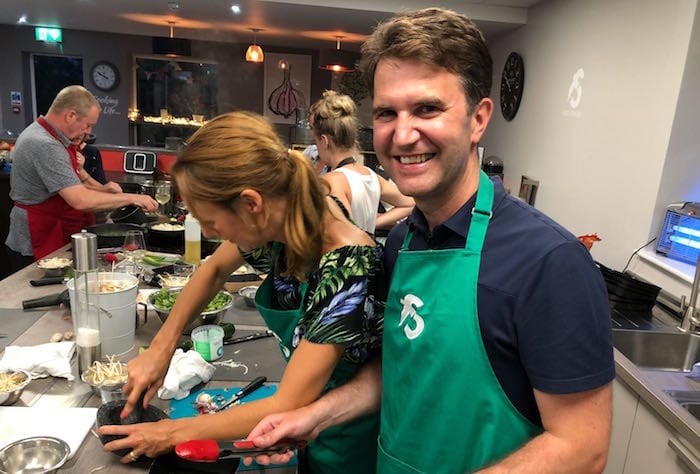 Most of the other attendees were couples who had travelled from slightly further afield and were staying in the hotel. With prices for different classes and events starting from £40-£50 per head, it’s something a bit different you can make a proper night of.

If you’re serious about learning some in-depth techniques and recipes about Thai cooking, then I’d say there are probably other courses more specifically suited to that kind of stuff.

But if you’re looking for something fun to do with a partner, a date or a few mates, eat some nice food, meet new people and have a few drinks along the way, this is definitely a great shout.

For the record, I know I said it’s about fun rather than competition, but our satay sauce was the best – even if I say so myself.

“Looks absolutely bob on that, chef,” Jason told me.

I love satay. I never knew it was so easy to make, so this was a new skill I’ve taken from the experience.

I guess it’s not for me to say whether the creation of our magnificent sauce was down to sorcery. That’s for other people to chant rhythmically around a bubbling cauldron about.