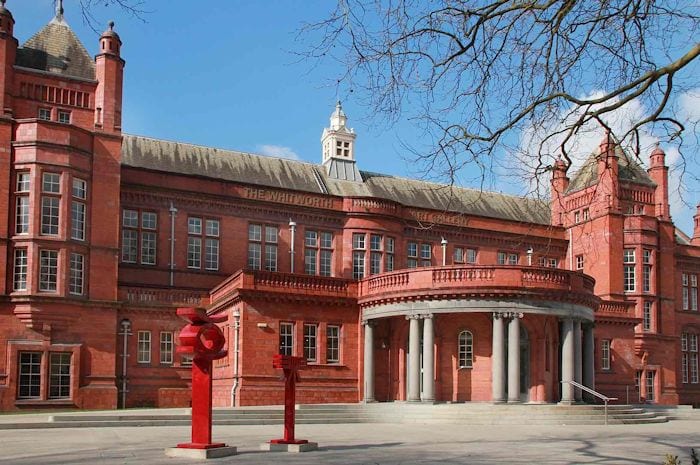 Lonely Planet, the world’s leading travel media company, has ranked Manchester as one of the top ten cities to visit in 2016, alongside places such as Rome, Nashville, and Mumbai.

Why has Manchester made the guide? Arts and culture, it says here, as well as Old Trafford, Manchester House, Levenshulme Market and Manchester Pride. It doesn’t mention Pomona Metrolink stop or Red Hot World Buffet, but I presume that they’re in there too.

The city’s significant investment in the arts is certainly starting to get noticed. Projects such as the Whitworth, HOME, Manchester International Festival and upcoming arts centre The Factory are given as one of the key reasons for Manchester’s inclusion in the list.

The guide states that ‘the one-time engine room of the Industrial Revolution has found a new groove for the 21st century as a dynamo of culture and the arts.’

The entry goes on to namecheck a number of key places in the city – both old and new – that visitors are told to make sure they incorporate into their itinerary to experience the best of the city.

King Street, Spinningfields, Manchester Arndale and the Northern Quarter all get a mention for shopping; Great John Street Hotel is suggested as the place to stay; whilst unmissable events include Manchester’s upcoming European City of Science celebrations, Manchester Pride and the Manchester Food and Drink Festival.

Commenting on the inclusion, Nick Brooks-Sykes, top suit at Marketing Manchester, said: “We are delighted that Lonely Planet has recognised Manchester as one of the top cities in the world to visit in 2016.

“This year has been filled with milestone moments for Manchester – from world-class cultural openings at the Whitworth and HOME to outstanding events in the form of Manchester International Festival and Manchester Pride’s 25th year – and this is a fantastic way to end the year and celebrate tourism going into 2016.”

James Smart, Lonely Planet’s Destination Editor for the UK and Ireland, said: “We included Manchester in this year’s top ten cities list because it deserves to be recognised as one of the UK’s most important destinations for travellers.

“Manchester has been transformed in recent years, with inspirational new openings, the reinvention of existing spaces and vast investment. Whatever experience travellers are after – culture, sport, shopping, nightlife – they won’t come away from Manchester disappointed. The city has something to offer everyone.”