Global pop superstars Little Mix have announced a major new UK and Ireland tour for 2021 which will culminate with two huge concerts at the newly-named AO Arena in Manchester.

The chart-topping girl band will head out on the road for their new Confetti tour, fresh from their eagerly-anticipated new BBC talent show Little Mix The Search which begins airing this autumn and aims to find a new band to support them on their 2021 tour.

The shows will see Little Mix perform songs from their brand new upcoming album Confetti, due for release on 6th November, like Holiday and Break Up Song, alongside some of their greatest hits including Touch, Woman Like Me, Black Magic and Shout Out To My Ex.

The huge news is among the first big gigs to be announced by the newly-named AO Arena in Manchester, and signals optimism of a return to live concerts and events in 2021 amid the ongoing coronavirus pandemic. 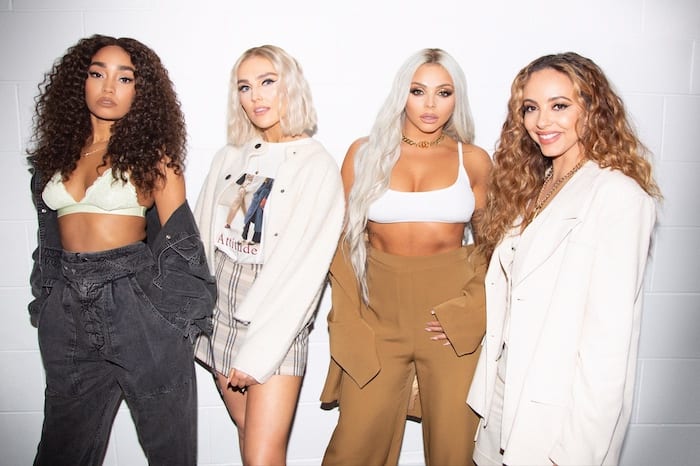 Tickets for the gigs will go on general sale next week (Friday, September 25th).

How and when to get tickets and pre-sale information

Fans that pre-order a copy of the forthcoming new Little Mix album Confetti from the official lttlmx.com store before 3pm on Tuesday 22nd September will receive an exclusive pre-sale code for the opportunity to get early access tickets to the tour.

General tickets go on sale Friday 25th September at 9am, with presales from Wednesday 23rd September. Tickets for the UK are available from https://www.gigsandtours.com and for Ireland from https://www.ticketmaster.ie

Little Mix have chosen to partner with both Black Minds Matter UK and Nordoff Robbins Music Therapy. £1 (€1 in Eire) of the ticketing fees (per ticket) will be distributed between them equally (subject to VAT).

The dates announced today are:

Mon 24 May Glasgow The SSE Hydro

Tue 25 May Glasgow The SSE Hydro