Home of the Manchester tart (the edible variety)

Every day, the delicious aroma of fresh bread wafts down the street outside Manchester's oldest family-run craft bakery, established in 1864 in Harpurhey and relocated to Failsworth in 1954. Today, the bakery is run by David Robinson with his daughter Grace as chief baker, the fifth and sixth generations in the business.

They produce 17 different types of bread from traditional white tin loaves to fashionable sourdough, from Hovis to focaccia to fruit bread, not to mention a large variety of cakes, buns, muffins, cupcakes and flapjacks, plus mince pies for Christmas, hot cross buns for Easter and Lancashire parkin on bonfire night.

The Robinsons have developed their own recipes over the years including the Manchester loaf, a crusty white cob cut in a criss-cross pattern; the Manchester scone (pronounced to rhyme with bone), halfway to a biscuit; and the Lancashire rascal, a cross between a scone and a rock cake. But above all, Robinsons is the go-to bakery for the Manchester tart, a pastry case filled with raspberry jam, spread with a thick layer of custard, sprinkled with desiccated coconut with a glacé cherry on top.

Whoever first made a Manchester tart is lost in the mists of time, but Mrs Beeton, the Delia Smith of the Victorian era, published a recipe for something very similar, which she called Manchester pudding (it didn't have the coconut or cherry). The modern revival of the tart seems to date from the years after World War I when it was a popular school dinner sweet, and not only in Manchester- it was a favourite with children in the East End of London, and was also served on the Isle of Man. Robinsons first started making Manchester tarts around 2011, selling them at food festivals and markets, Since then, it has caught on: some put fresh raspberries on top, and others make it with bananas. Bananas? 'Oh; says David, 'that's a Salford tart.' 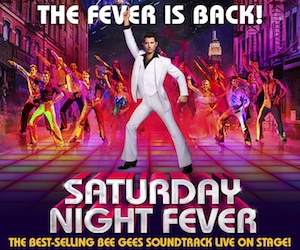 Join us in the 'SWEAT Zone'