A brand new show in Manchester for 2023

Hip-Hop heavyweights - De La Soul - are delighted to announce a brand new show in Manchester for 2023.

On Friday 14th April 2023, the Grammy Award winning NYC trio behind classics such as “Eye Know”, “Me, Myself & I”, and “All Good” (feat Chaka Khan) will be back in the UK for an unmissable set at the city’s Albert Hall.

The tour follows the release of their widely applauded “And The Anonymous Nobody” album in 2016, plus the band’s major UK arena appearances on the 2019 “Gods of Rap” tour, which saw them celebrating 30 years of their landmark debut record ‘3 Feet High and Rising’ in triumphant style. 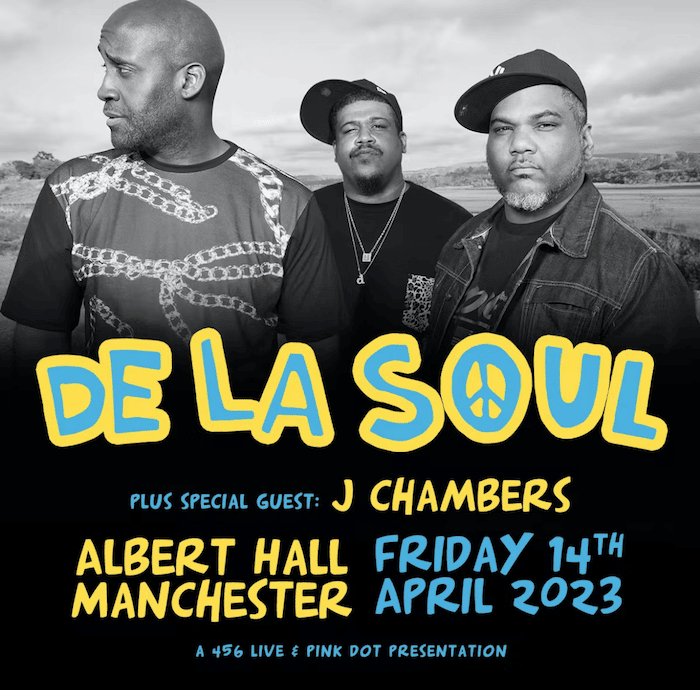