The bar itself would be enough of a draw. But then Baratxuri added a wood-fired Pereruela oven and expanded into the next-door shop, adding a dining room (‘comedor’) with table service. There are raciones (between £5-£10 and bigger than tapas): plates of Iberico pig cheek cooked in red wine and sherry, perhaps, or fat prawns cooked over embers. Plus plates of perfectly carved charcuterie and Spanish cheeses.

When available, you’ll also find rustic big cuts of meat and whole fish from the wood-fired oven, including suckling pig and lamb plus the txuleton beef (from old dairy cows in northern Spain) for which the restaurant has become known, which is simply grilled over the embers and served with a generous sprinkling of sea salt.

But make sure to leave room to try the La Viña cheesecake. Named after the famous San Sebastián bar, famous for its burnt baked cheesecake, it’s like a creamy cross between a New York cheesecake and a flan, served with Pedro Ximenez soaked raisins for added indulgence.

With dishes like these, it’s no wonder that Baratxuri’s Rachel Stockley was named chef of the year at the Manchester Food & Drink Festival Awards in 2018. The restaurant is frequently named one of Manchester’s best, along with neighbouring Levanter, also co-owned by Joe and Fiona Botham.

Serious cooking and a welcoming, laidback atmosphere - this is everything a neighbourhood restaurant should be. 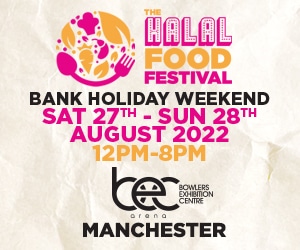 We’re the biggest inner-city shopping centre in the country. And we couldn’t be prouder to call Manchester…