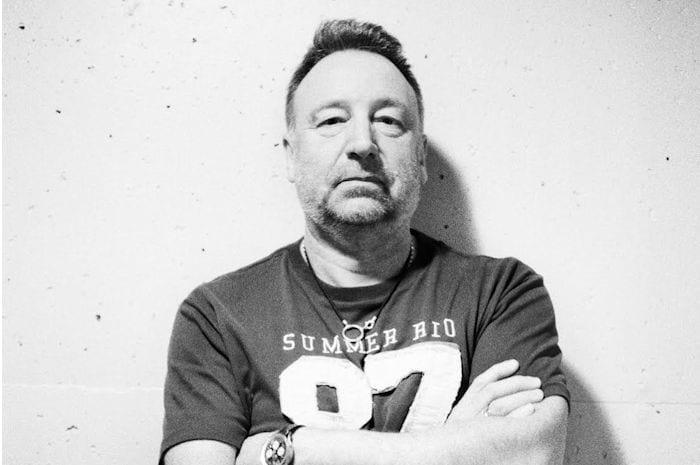 In Substance: Inside New Order, Peter Hook gives a no holds barred account of the highs and lows of life in New Order, the band which broke Britain and America, sold out the Hollywood Bowl and brought the sounds of the New York city club scene and Ibiza to the UK.

It’s the story of an enigmatic band who famously give little away in media interviews and who were known for their ‘no image,’ with record sleeves which often didn’t feature the band’s name, let alone the tracks.

New Order emerged from the ashes of Joy Division in 1980 following the death of lead singer Ian Curtis, fusing post-punk with electronica for a cutting edge sound which brought them global fame.

Few people would have expected these unassuming working class northerners – Bernard Sumner, Stephen Morris, Gillian Gilbert and Peter Hook –to create the biggest selling 12” single of all time.  But they did and ‘Hooky’ reveals the twists and turns along the way.

He writes of plenty of excitement, plenty of controversy. Over the years New Order became the flagship band for Factory Records, funded The Hacienda, the country’s first superclub, (turning a former industrial warehouse into a dance-music haven, with an opening instrumental over 20 minutes long!), created World Cup anthem World in Motion and broke up several times before the original line-up finally split 10 years ago.

Hook, who has already penned detailed accounts of life inside Joy Division and The Hacienda, writes in his characteristic, down-to-earth manner so expect the book to deliver tales of musical mayhem.

The book is illustrated with exclusive photographs from Hook’s personal collection and includes every New Order set list and tour itinerary, interspersed with ‘geek facts’ behind the pieces of electronic equipment used to create what became Manchester’s dance music revolution, making the way for the acid house genre in Manchester.

Substance: Inside New Order is published on 6th October 2016 by Simon & Schuster UK

For more information and to pre-order your copy bit.ly/PHookSubstance