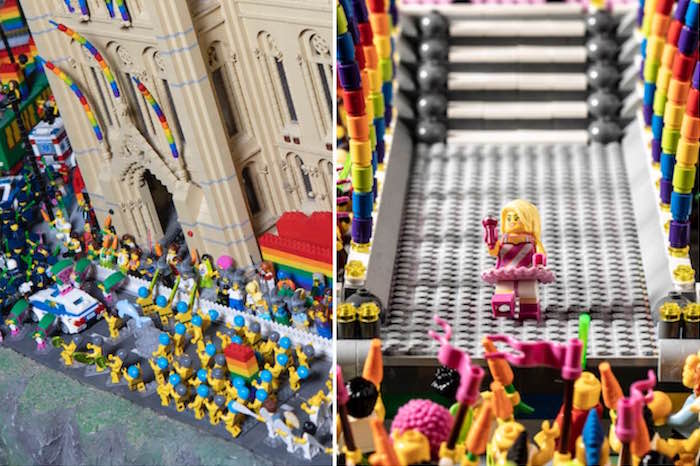 Lego has built the world’s tiniest Pride parade ahead of this weekends’ celebrations.

Master model builder James Windle has given Miniland, Lego’s reimagining of the north west, a Manchester Pride makeover, spending over 30 hours designing and building the  scenes, and using over 15,000 plastic bricks. 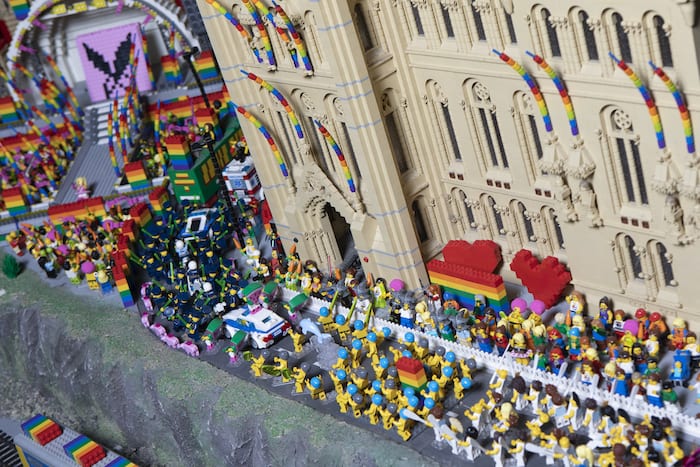 Manchester’s most iconic buildings – including what looks like the Albert Hall – have had a special rainbow makeover, and all over there are same-sex couples celebrating their love with family and friends. But nothing X-rated.

He has added in another 400 figures to create a host of party scenes showing the Lego gang having a rollicking good time. 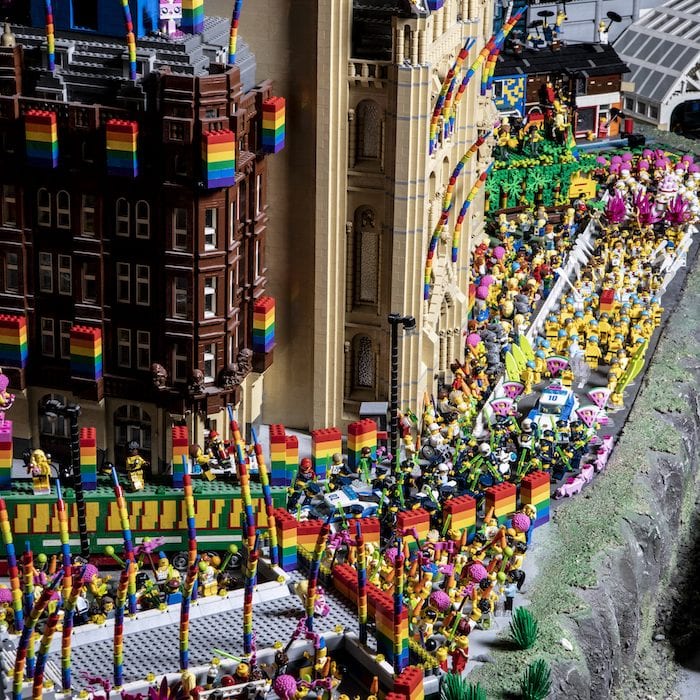 And he’s even created a Lego Ariana Grande (with blonde hair) on her own Lego stage, as part of a newly built replica of Mayfield Depot referencing Manchester Pride Live – a new addition to the Pride line-up for 2019.

And whilst it’s not technically on the parade route, Manchester’s most famous street gets a shout out with a cameo appearance from The Rover’s Return. 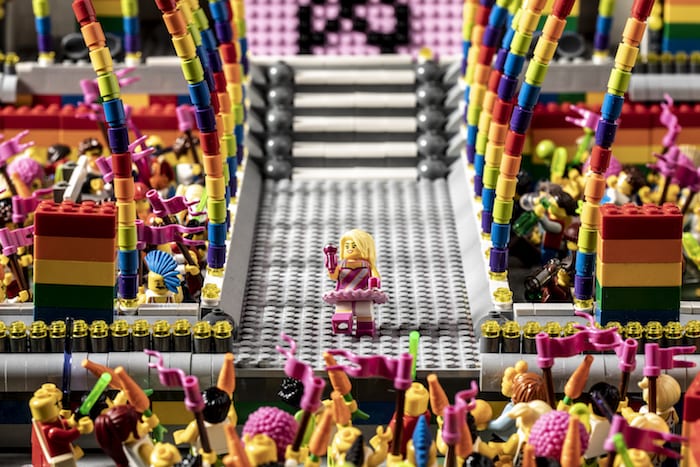 And because this is Manchester Pride, it’s literally raining men, with blue bricks signifying the downpour alongside a host of figures clutching Lego brollies. (But don’t let this put you off: the weather forecast for the weekend is good and there will be plenty of men).

Miniland’s tram has had a Pride-themed makeover in homage to TfGM’s #RainbowTram with iconic characters from The Wizard of Oz. 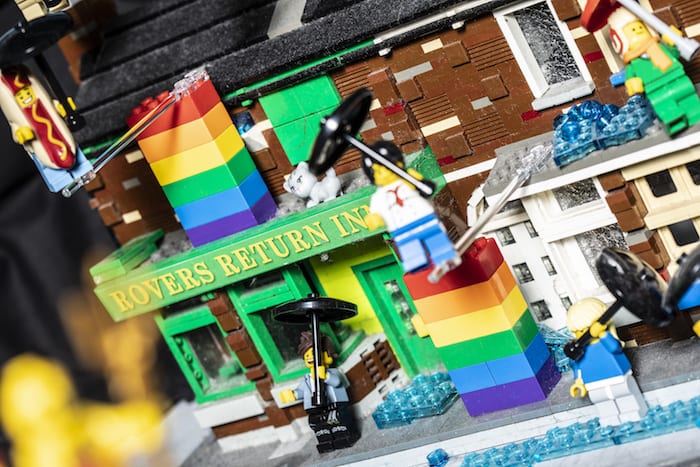 And, last but not least, in a nod to the brilliant work our emergency services do to keep everyone safe at Pride, Lego has added plenty of police officers and members of the fire service too.

“It has been an honour to get the chance to showcase the incredible weekend Manchester has in store within the attraction,” said James. 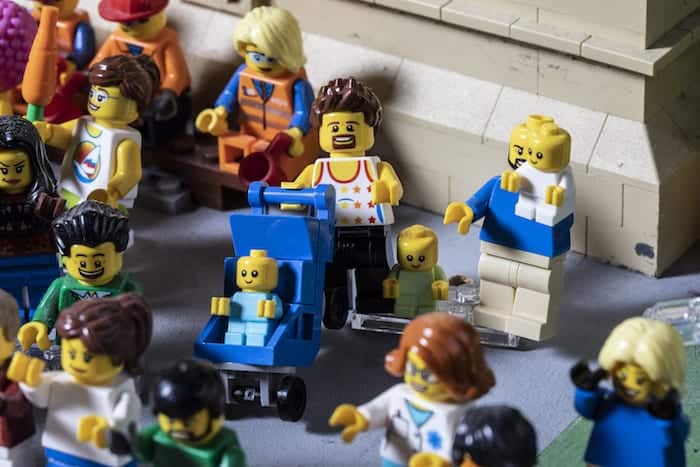 “As I’ve been creating the display, I’ve had the chance to answer loads of questions from parents and children and spark some really interesting discussions about why it is so important to celebrate love in its many forms.”

Speaking on the importance of spreading the #loveislove message, Jenn McDonough from Merlin Entertainments said: “Here at Legoland Discovery Centre Manchester we strongly believe that it is important that our little Lego fans understand that is important to celebrate love. We are so excited to play a small part in supporting such a fantastic event.”

The Manchester Pride display will be at Legoland Discovery Centre until Tuesday 27th August.