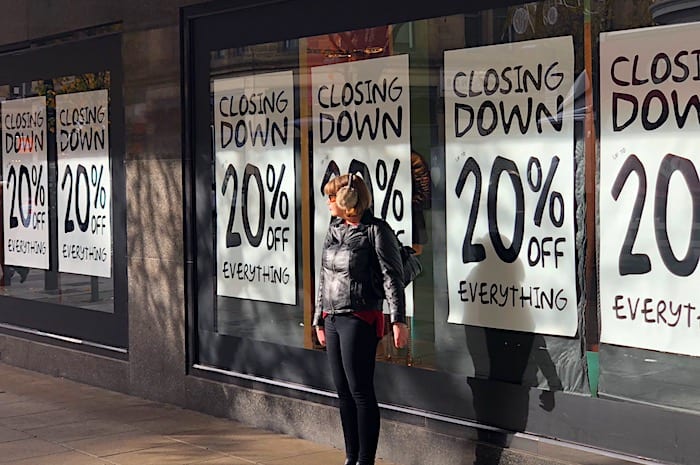 The huge closing down sale has now started at Manchester’s iconic Kendals House of Fraser store – just two days after the shock announcement of its closure.

Signs saying: “Closing down 20% off everything” were placed in the windows of the Deansgate department store on Monday morning.

Inside, staff were sticking labels across shelves and fixing them to the ceilings across all six floors of the store.

It comes just three days after store bosses announced that Kendals would be closing in January.

The news sent shockwaves across Manchester, with shoppers, council bosses and community leaders backing the “#SaveKendals” campaign across social media. 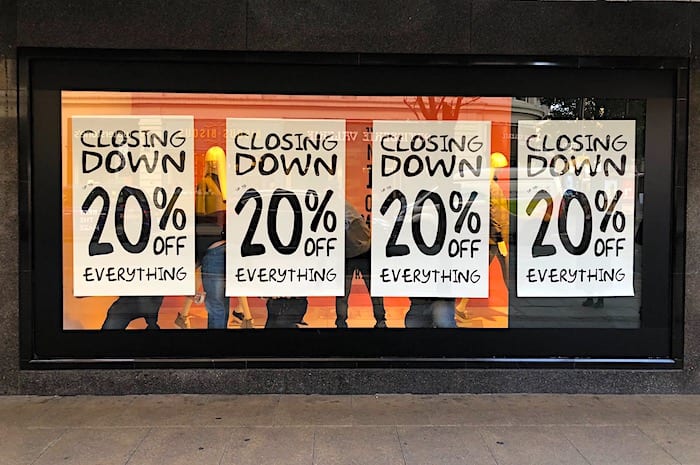 House of Fraser say that the closure has come after refusing to agree terms with the landlord for the site.

A spokesman for House of Fraser said: “We have suggested various options to the landlord that would have enabled us to save the store in Manchester.

“Sadly, these have been declined. We are now in consultation with staff about the fact that the store faces closure in the New Year.”

The closing down sale will see prices slashed across all of House of Fraser own brand items – but the 20% reduction will not apply to concessions in the store – including make-up, perfume, fashion brands and sunglasses.

The closure will put an estimated 160 jobs at risk, with staff inside the store all keenly supporting the #SaveKendals campaign. They are still hopeful that talks can save the store, which is currently earmarked to close on 28 January 2019.

Shoppers outside the store today were stunned at the speed that the closing down sale has begun. 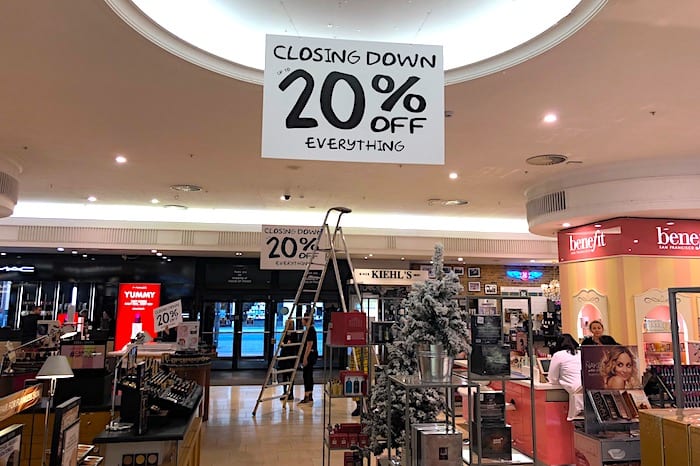 “It’s iconic here, they always had the best designs and everything and it will be extremely sad to see it go, and sad for Manchester” said shopper Marjorie Hiles.

“I’m shocked, it’s such a massive store and so many people working here it’s such a shame.  I’ve just seen all the closing down sale signs going up and I’m really surprised,”  said Suzanne Jennings.

Nathaniel Baxter said: “It’s like losing something like the town hall, it’s a staple of people’s lives in Manchester.”

Yvonne Edwards said: “It’s been here a long time and it’s a shop I’ve used a lot over the years.  I didn’t know the closing down sale would already be starting, everything seems to be happening very quickly.”

House of Fraser was taken over by Sports Direct owner Mike Ashley in August, after the shopping chain faced financial difficulties.

At the time of taking over, Ashley said he had hoped to keep as many of the UK’s 51 stores open as possible.