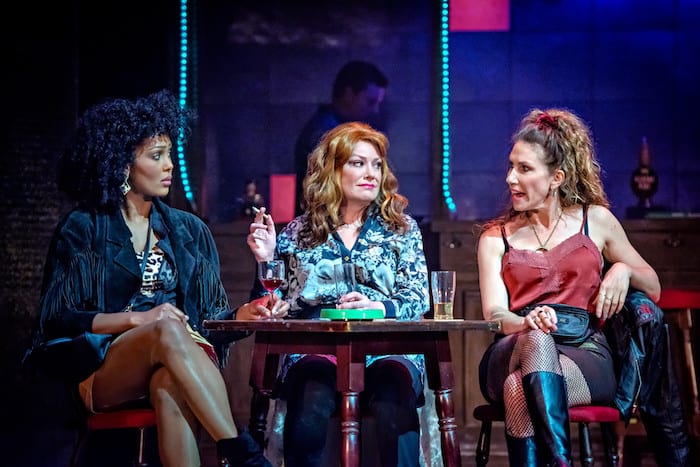 Kay Mellor is a writer who has always managed to integrate social issues into her dramas without making them feel preachy. There is always a dash of northern humour so it all adds up to something quite bittersweet.

Band of Gold is no different. This gritty tale of sex workers who are doing the job to survive but are primarily women, mothers, daughters and sisters, began life on TV in the 1990s, with over fifteen million people tuning in.

The fact that these women had a voice and were no longer stood in the background of an Eddie Murphy film, cracking the odd joke and chewing gum before being killed, made this subversion of stereotypes very appealing.

This new stage version is still set in the past, but we see it through the prism of #MeToo, universal credit and the effects of austerity. What this group of women have in common is that they are survivors in a world in which they are scraping money together to support themselves or their families. 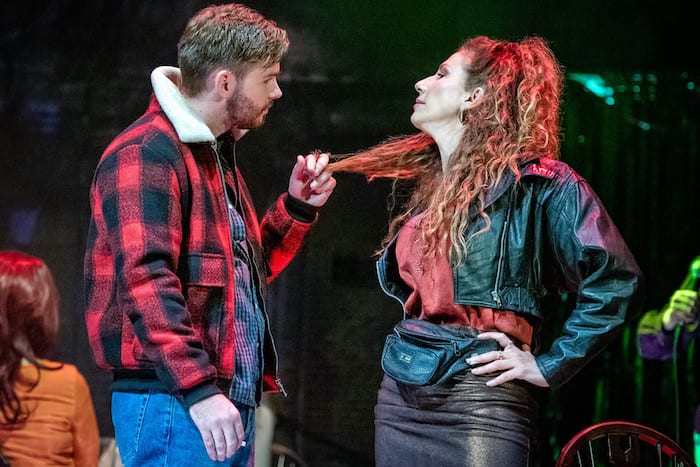 Essentially, Band of Gold is about poverty and how desperation can drive you to make drastic decisions to stay alive.

Gina (played with genuine vulnerability by Sacha Parkinson) is selling make-up door to door. She has left her husband, following bouts of domestic violence and this is her chance to stand on her own two feet and support her daughter. But the cards are stacked against her because she ends up earning peanuts. She also owes a local moneylender cash, which is piling up interest daily, according to the rules he makes up as he goes along.

She meets Carol after trying to sell her some lip gloss and is wowed by her clean and tidy house and the fact that she seems to live a comfortable life. But, behind the net curtains, Carol is a sex worker doing what she can to make ends meet. It is not long before Gina is swapping the Avon make-up bag for something far more lucrative yet dangerous.

Emma Osman is incredibly earthy as Carol and delivers Mellor’s lines with the right amount of heart and humour. Parkinson delivers on the promise she showed in the Manchester-based film Apostasy, capturing the inner conflict of a sex worker who needs the money but is fearful of what comes with the job. The only drawback is that she is not on stage longer. 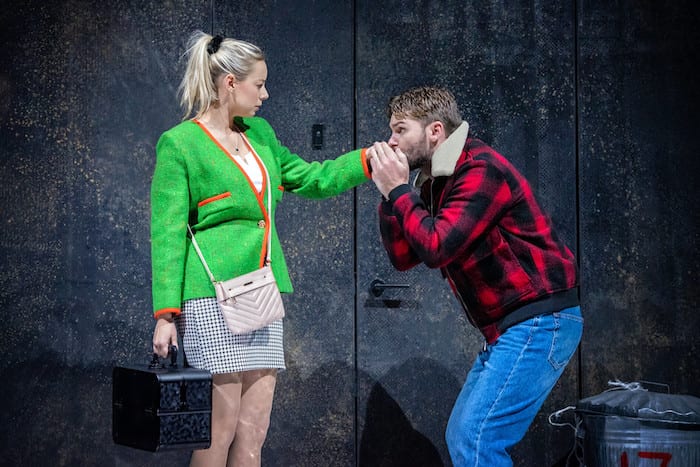 Laurie Brett is excellent as Anita, a woman who is strong on one hand yet totally deluded on the other. She knows that her married boyfriend is using her but thinks she is living in a rom com as it beats facing the truth. Gaynor Faye’s Rose is steely on the streets yet fragile when talking about her family.

These are really interesting women. Kay Mellor’s research pays dividends because their voices feel truly authentic. Narratively though, the play would work better if we just eavesdropped on their conversations and their interactions with men.

Kieron Richardson makes a striking stage debut and conveys real menace as Gina’s controlling husband and Steve Garti has a few dark laughs as a punter who likes his women to walk in a certain way. Shayne Ward does not appear until the second half as a police inspector with a few secrets of his own. Sadly, the role feels underdeveloped and doesn’t give him much to work with. 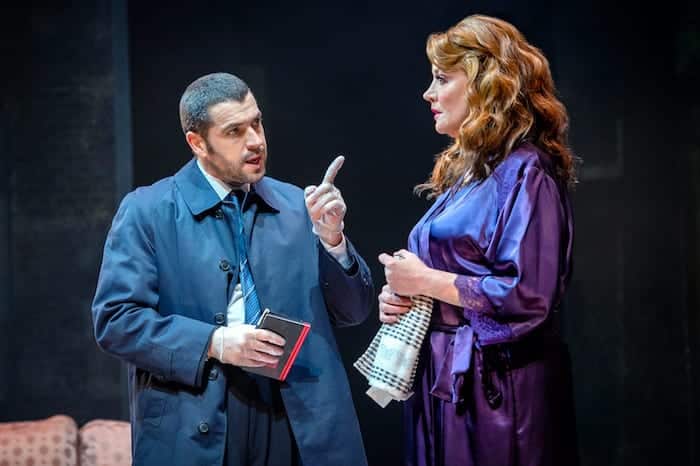 Olwen May plays Gina’s mum Joyce and brings a real sense of regret once she realises how desperate her daughter has become.

Following a leisurely paced first half, act two turns into a whodunnit with many revelations and subplots jostling for your attention.

Janet Bird’s stark set design is constantly changing with sliding doors highlighting the women’s double lives. But this means that you get to an interesting story arc and then move on to another. I wanted to breathe the same air as these characters for a longer period as opposed to finding out whodunnit.

Band of Gold gives fans of the TV show the chance to revisit the characters. The dirt under the fingernails is still there, but with plenty of laughter, too.

Band of Gold is at The Lowry until 25th January.