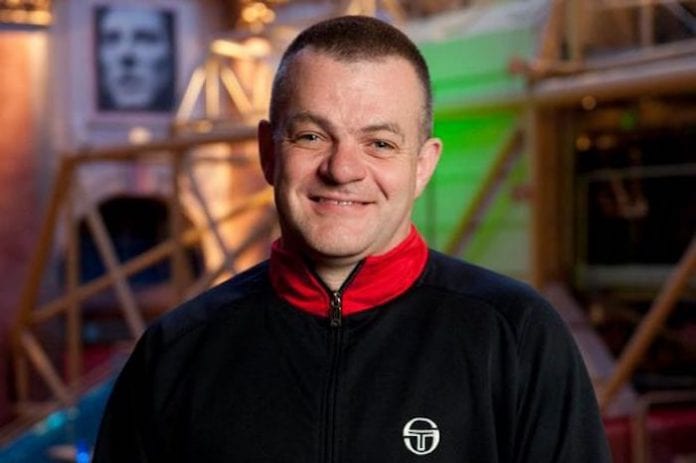 BAFTA and Olivier-nominated writer Jonathan Harvey is a man of many talents. Currently receiving plaudits for his brilliant work on the Aidan Connor suicide storyline in Coronation Street, he is also a best-selling novelist and playwright. One of his most celebrated pieces, Beautiful Thing, is about to be revived in London, whilst his new musical about the life of Dusty Springfield premieres at The Lowry in July.

I caught up with him for a brew and a Manchester tart.

How do you feel now the Aidan suicide episode has been aired and the response has been so positive?

I was incredibly flattered if I’m honest, as I knew it was going to be an important episode, and probably much talked about. It was a massive responsibility to get it right and not be too OTT or salacious. Another concern was that there has been some criticism of the show becoming too dark and earlier this year I thought, ‘Well I’m writing a male rape and a suicide… it doesn’t get much darker than that.’ But hopefully these stories have been honestly told.

Have there been any particular messages of thanks that you have found touching?

It’s been quite overwhelming. I have received lots of emails and messages from people telling me about their experiences, all very moving. I hope I have responded sensitively to all of them.

Gail’s monologue was terrific. Where did the idea come from?

In the storyline it was a silent montage of scenes of people hearing and reacting. I thought it’d be good to have a long-established character reacting and commenting and Gail seemed a good fit. It felt right to reflect that when the show started it was about a tight knit community who knew each other’s business. Things must have changed if no-one saw Aidan’s death coming.

You also write some brilliantly funny lines for Corrie characters. Are there any current characters that you enjoy writing for?

I love writing for Mary, I miss writing for Blanche and Deirdre. I loved having Mary say she went to bed naked and ‘stroked her noo noo til she fell asleep.’ Noo Noo was her cuddly monkey!

You currently have a new novel out, The Years She Stole. Do you get time off?

It takes about a year and no I had no time off from Corrie this time. I just have to squeeze everything in. I can become quite anti-social!

How does the writing process work for you as a novelist?

I collect articles from newspapers and keep them in a file for inspiration. Or a documentary on the telly. This one was something I’d always wanted to explore since I was younger. In the 90s there was a spate of babies being taken from maternity hospitals and I wondered what it was like for the families involved, and what would drive a young woman to steal a baby.

You have written a new musical based on the life of Dusty Springfield. I know you are a fan, but what else attracted you to this project?

Her life story is amazing. A lesbian ahead of her time. She was deported from South Africa for refusing to sing to segregated audiences. And then when she lost everything through drink and drugs she got international success through collaborating with Pet Shop Boys, and then she tragically died. Now that’s a story.

It changes every day but I do love You Don’t Have To Say You Love Me.

Will you go and see Dusty?

I have to go. I have to rewrite, rewrite and rewrite!

How hard is it to separate yourself from your writing and just be an audience member?

I’m a useless audience member, I find it really hard not to cut off. I always have to sit in the aisle and surreptitiously take notes.

Where are your favourite places to hang out in Manchester?

We have been moved to Media City, so I am usually there. The powers that be at ITV didn’t build us a room for all the writers to meet in on set, so we have to meet in a private members club. So there, or at the Dockyard Pub.

Jonathan Harvey’s new novel The Years We Stole is out now. Dusty is at The Lowry from 24 – 28 July.