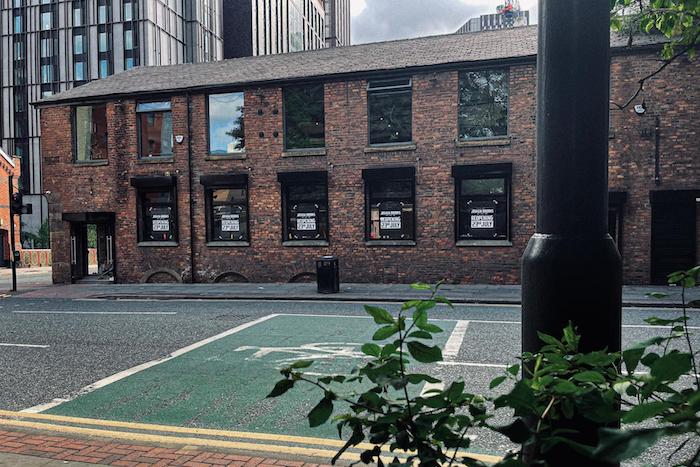 Manchester’s 24-hour party people rejoice – Joshua Brooks, one of the city’s most adored clubbing institutions, will soon be back.

Taking over an extensive corner plot on Princess Street, this clubbing mecca is currently undergoing a £200,000 revamp courtesy of new owners Jorge Meehan and Brian Murphy – an entrepreneurial pair renowned in the industry for owning and operating shindigs such as Wile Out Festival, Southern Sunset Festival, Social Avenue, Acropolis and more.

With over 20 years of combined experience, they’re now turning their expert attention to breathing new life into Joshua Brooks, bringing the historic venue back to its former glory with an extensive ‘back to brick’ refit.

The new-look Joshua Brooks will be a one-stop-party shop for musically minded Mancunians, say the owners, combining drinking, dining and dancing from dusk until dawn.

By day, the revamped bar will be a home-from-home for the city’s workers, featuring comfortable seating, exposed brickwork and all of the nostalgic charm for which the venue was known.

A new outdoor terrace provides the perfect place for enjoying al fresco drinks and watching the world go by, while the basement will play host to techno, house and funk DJs.

There is also the addition of an on-site food kitchen courtesy of Cubanitos.

Well known at festivals across the country, this camper van turned food kitchen concept will be permanently parked up in Joshua Brooks, offering tantalising Cuban street food from 12 pm-11 pm every day.

Dessert lovers can indulge in the Pina Colada panna cotta with dark rum and charred pineapple or a Mojito sorbet.

A small plate menu will also launch in early August, featuring authentic, traditional Cuban dishes but with a modern-day twist.

Drinkers can treat themselves at the bar to expertly crafted Cuban-themed cocktails or one of the many draught beers on offer that include Camden Hells, Goose IPA and Manchester’s own Union Lager.

When will Joshua Brooks reopen?

“We are so excited to reopen the doors to Joshua Brooks,” said Jorge.

“When we found out it was no longer returning as a club, we felt compelled to take the project on so Manchester did not lose yet another clubbing institution.

“We have so much love for the space after running events there for over seven years, and we are so proud to be able to open up once again with the new additions of the kitchen, the terrace and, of course, some of the world’s finest DJs.”

On Thursday July 22nd there will be a VIP and press preview party featuring musical maestros Mason Collective and Darius Syrossian.

Then the venue will reopen its doors to the public on Friday July 23rd playing host to Darius Syrossian, followed by House DJ Mark Knight on Saturday July 24th.

Tickets cost from £8 and are available here.