José vs Pep: who will be king of Manchester? 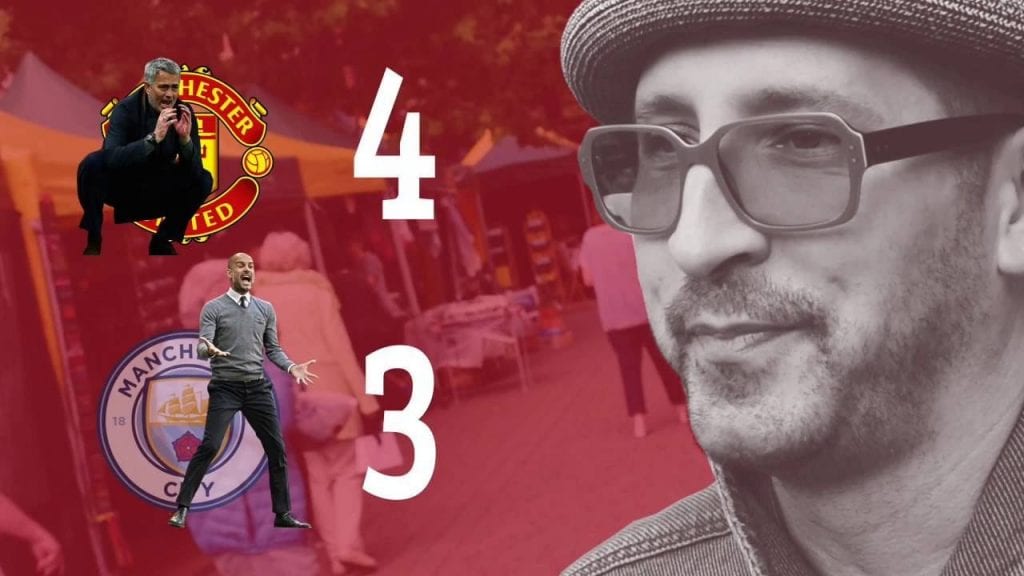 It might not be the biggest derby of all time – like some are suggesting – but there is no dispute that Manchester City will provide an early acid test for Jose Mourinho’s Manchester United side.

Football writer Harry Harris’ latest book, Jose Mourinho – The Red One, his inside story of the controversial Portuguese’s appointment at Old Trafford, is subtitled “a tale of one city”

The city in question is this one – Manchester. For he predicts that this Premier League season will be the most exciting ever, which, given the exploits of Leicester in 2015-16, is a treat in store.

The reason? The arrival in Manchester of two of the most successful football managers on the planet – Mourinho at United and Pep Guardiola, former boss of Barcelona and Bayern Munich, at City. But it’s not just about football. The rivalry – mutual hostility even – of two super egos that emerged when they managed the two biggest clubs in Spain, Barca and Real Madrid, is about to be rekindled, this time at clubs just a couple of miles apart. And it’s personal. Watch the sparks fly.

Harris contends that Mourinho, the self-styled “Special One” who began last season as boss at Chelsea, whom he had led to the Premiership title the year before, is characterised by a massive chip on his shoulder. And the name of that chip is Pep Guardiola.

Their paths first crossed 20 years ago at Barcelona where Guardiola was a key player and later became captain, and Mourinho, whose own footballing prowess as a player had never risen above the Portuguese second division, worked as a minor coach and translator for the club’s English manager, Bobby Robson. But the tensions between the Catalan and the Portuguese really stem from 2008 when Mourinho, by that time a winner of the Champions’ League title as manager of Porto and the English Premier League in his first spell at Chelsea, was passed over in favour of Guardiola to become head coach at Barca. Mourinho, who had said Barcelona would forever be in his heart, really coveted the job.

According to Harris, whose book was rush released in time for the start of the new season, the Portuguese didn’t get the Barca job because his defensively-minded football philosophy didn’t gel with the club’s preferred attacking style. Instead they gambled on Guardiola who had managed the Barca B team – his first coaching role – with panache and huge success.

Says Harris, former football correspondent of several daily newspapers and founder of the Zapsportz website with Glen Hoddle, “His style of football has also been called into question by Eric Cantona. He said that  Guardiola should have come to Old Trafford, not the Etihad because Pep’s philosophy is more in keeping with United tradition.

“But we all knew that Pep was coming to City. The only surprise was he didn’t join the club at the start of last season. When it dawned on United that Pep had been stitched up by their nearest rivals they just had to get the only manager with a record that can rival his. It could only be Jose. Otherwise United may have been in danger of disappearing like Liverpool did in the 1990s.

“It’s true that he comes with a certain amount of baggage, but he has been successful everywhere he’s coached and has the ability to galvanise players. There’s no reason to believe he won’t do that at Manchester United.”

When Guardiola and  Mourinho went head to head – bossing bitter El Clasico rivals Barcelona and Real Madrid respectively after Jose’s appointment at the Bernabeu in 2010 – Guardiola had the upper hand on the pitch but Mourinho managed to get under his skin like no other opponent had before. It prompted a furious outburst from Guardiola at a press conference when he accused camera crews of being Mourinho’s “spies” and conceding that “off the pitch, he’s won. He’s been winning off the pitch all season”.

Harris says the clash of the giants will focus the eyes of the football world on Manchester. And both men will be armed by eye-wateringly massive war chests to buy top players.

So who will come out on top? Harris says: “If I have to speculate, the two will be neck and neck.  It may even come down to goal difference, or perhaps decided by their performances against each other, home and away.

“Pep has the better record but not by much. But Jose might just edge it. He gets the best out of players, he’s very demanding, his preparation and organisation is superb. He’s also had two sessions in England so knows Premier League football whereas Pep is coming into it blind and I don’t think the Premier League is like anything he’s ever been involved with before no matter how much success he enjoyed in Barcelona and Munich.

“Jose knows what it’s like playing away at Stoke on a rain-lashed Wednesday night in November. Pep is going to have to find that out.”