Jose has his critics – but is he doing things the United way? 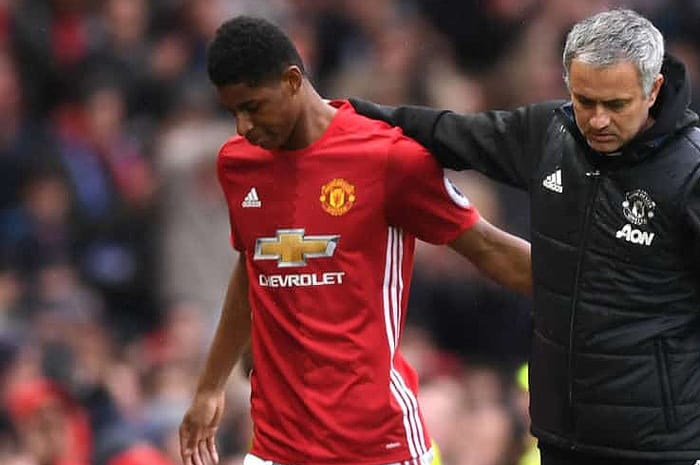 Before the Liverpool game, Jose Mourinho was being painted as the pantomime villain. The antithesis of the United way and the man set to bore the world with another defensive display in the meeting of England’s biggest rivals.

Even Liverpool weighed in. Dejan Lovren went on about how this Liverpool team would never play for a draw and the wide-eyed grinning Jurgen Klopp said something about hoping it would be an open game.

Everyone was jumping on the anti-Mourinho bandwagon, with the noise around his style of play growing ever louder (we’ve been critical of him too this season). The other thing everyone bangs on about is his reluctance to give youth a chance. He’s actually been doing that of late, but it’s flown under the radar a little. Funny that.

In the blooding of Scott McTominay and the faith shown in Marcus Rashford against Liverpool, Jose is extolling that most United of virtues – giving youth a chance and letting it flourish in the big games.

McTominay in particular is a case in point. He was given his debut under Mourinho at the end of last season in a dead rubber away to Arsenal and has featured in 21 games already this season. Not bad for a 21 year-old.

But he’s not only played. He’s been given a huge amount of trust by his manager.

He’s featured away in a Champions League knock-out tie, been given the job of shackling Eden Hazard at home to Chelsea and operated as a key cog in the game plan to outdo arguably the best attacking team in the Premier League last weekend. He’ll definitely be starting tonight against Sevilla.

Showing that amount of trust in youth is the ultimate United way. Very Fergie. Very Busby. McTominay himself has clearly benefited from the trust shown in him and is flourishing.

Rashford on the other hand has had to wait patiently since the turn of the year to get his chance. But he was always going to start this game.

Mourinho may have played down the importance of the rivalry in the media before the match, but you can bet that, behind closed doors, he really wanted to win this one. And he knew how much it meant to the local lads. Releasing the shackles from Rashford was a no-brainer. And so it proved.

Rashford is a funny one and is often the yardstick used to beat the manager.

Nobody has played in more matches under Mourinho than Rashford. But if he doesn’t play, Mourinho is said to be holding him back and not giving youth a chance. Jose reacted to comments from ‘the worst Premier League manager ever’ Frank De Boer, that he is the last manager Rashford needs due to his desire for instant success.

Fergie was all about success in every game he played. The way Mourinho is managing Rashford isn’t too far off the great man. It can be argued he’s doing everything he can to give him the career his talent deserves.

He has so much raw ability, but he still needs to be nurtured to become the player he suggests he can. This is what Mourinho’s doing.

When Ryan Giggs was a youngster, Fergie would often pull him out of the limelight and shield him from the pressure. There’s a school of thought that Jose is doing something similar with Rashford. If the pressure is now on Romelu Lukaku and Alexis Sanchez, hopefully Rashford can start to flourish under the radar.

We also all know the pitfalls of too much too soon for young players. Just look at the latter years of Wayne Rooney’s career.

Rashford really can be a world superstar – but he’s not there yet. And he’s still very very young. Zlatan wasn’t at this level at the same age, Alan Shearer certainly wasn’t, and neither was Robert Lewandowski. Rashford has a lot of years ahead of him at the highest level – if he’s managed correctly.

Avid watchers of United will tell you that he still lacks composure. That’s not how it looked the way he took his goals on Saturday. But too often chances are missed when a more composed player would finish. It’s up to the player, the manager and the coaching staff to bring on this development, and it may not happen overnight.

Both Rashford and McTominay are in the right place for their talents to grow. And they may even have the right manager to help them along the way.

If you look a little closer, Jose might be starting to do things the United way.