Joe Gill: from Withington to The Full Monty via Emmerdale 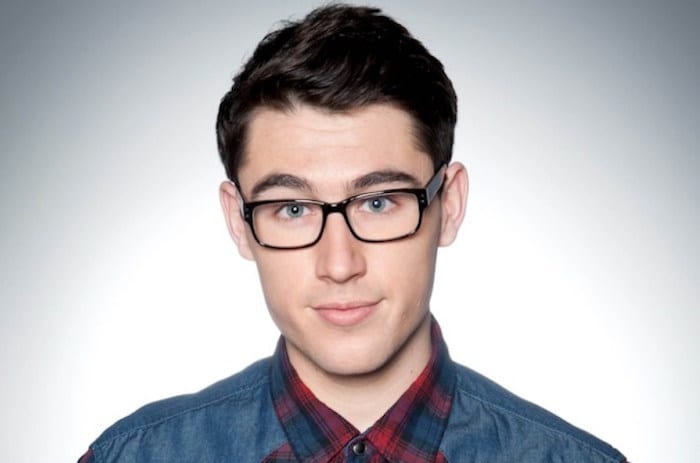 Actor Joe Gill likes to take risks by playing people who are very different to him. He shot to fame playing Finn Barton in Emmerdale, a role which won him many fans for his portrayal of a gay character brought into the soap to shake things up a bit.  His next role is playing Lomper in the much loved The Full Monty, which is set to tour the UK from September. We had a chat about the show and this home town.

What attracted you to The Full Monty?

One of the things on my checklist for this year was to definitely do some theatre. It’s a very different technique and experience to being on camera. So to tour around the UK and Ireland with something so iconic as The Full Monty to nearly 40 different, well known, theatres is an opportunity not everyone gets to do. Knowing how loved the film and the previous tours have been, I wanted to be involved, for sure.

How are you feeling about the big reveal?

The whole play is about the 6 characters contradicting themselves and each other, about what it is they’re exactly doing and whether they should do the performance or not. By the end, the audience is completely on their side and the sense of “go on we’re behind you!” is something we hope we can create. So, by that point I think I’ll be all good. I trust the lighting guys!

Lomper is a really interesting character. He’s introduced to the audience in quite a dark way, considering that the play is a comedy and his personal journey within himself is something I hope I can portray with honestly and, of course, the brilliant northern humour that Simon Beaufoy has written.  I’m looking forward to seeing how people find my interpretation of him.

What have been your favourite roles and why?

Considering I spent four lovely years in the Emmerdale village, I’d have to say my time there has been my favourite role so far. I’ve left with friends for life and was fortunate in the experience I gained from it. Lots of fun.

What advice would you give a young person who wants to act/perform?

I would look to find people who are like minded and for opportunities like youth theatre or acting classes that you can push yourself into. Place yourself out of your comfort zone, no matter how awful you feel. I did and it was the best thing I have ever done and I have met some wonderful people, actors and acting teachers that I’ve got nothing but thanks for and it’s opened so many doors for me.

The people. Manchester’s the greatest city in the world and any Mancunian will tell you that. The people are lovely. The city’s been through a lot in the past year with the attack that rocked it and I feel the city is more united than ever, now. I’m very proud of where I’m from.

What would you change about the city?

The rain, the rain and the rain. Oh, and the Manchester United central defence.

Where are your favourite hangouts in Manchester?

I was born in Withington so I’m much more around the south side. Catch me in a bar around Didsbury/Chorlton for sure or around the new hub of HOME cinema. Love that place.

The Full Monty tours the UK from 6 September and arrives at The Opera House, Manchester from 18 – 23 February 2019.