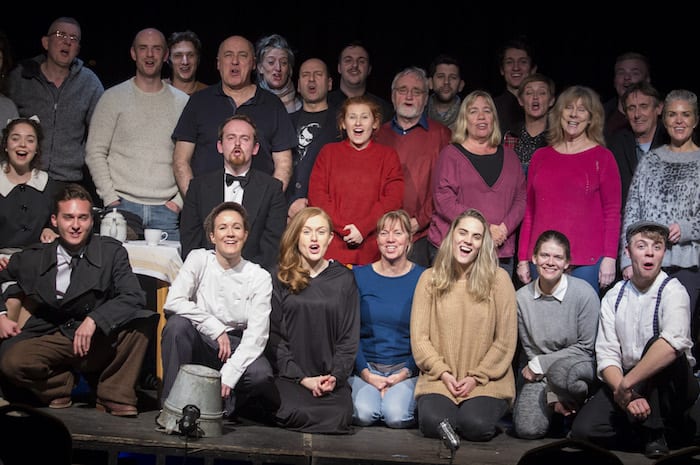 JB Shorts has been entertaining Manchester audiences with their six mini-plays by well-known writers and featuring local talent for almost 10 years. The quality of this year’s productions is so high that I would not be surprised if this celebration is still going strong in  2028.

We watch in awe as we see a young and frightened George almost give up and go home. Duncan Butcher captures Best’s naivety and growing confidence with ease. And Julie Edwards is excellent as his landlady with a heart of gold. I’d love to see this one as a fully-fledged play as I think there is even more mileage in this one. Stirring stuff. 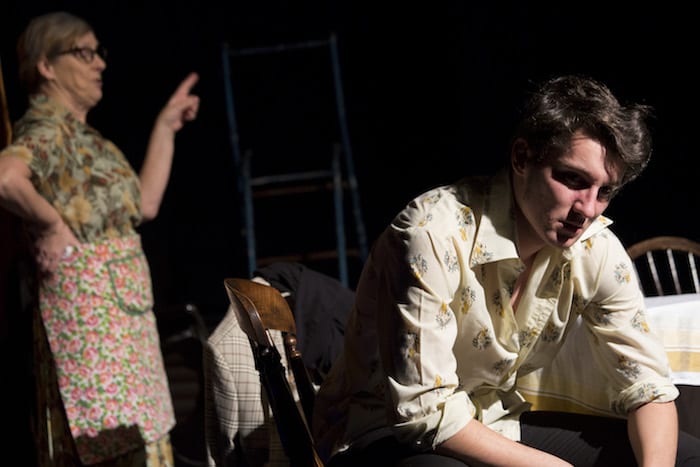 In Madam Mantis, Trevor Suthers plays around with the concept of identity. And, as the title suggests, we are not talking human form here. Theone Rashleigh is excellent as the title character, overpowering her  prey, using her wit and intelligence to begin with.

And there are many funny moments too. For such a short piece, there are just too many themes to explore and do them full justice. However, it’s highly original and features some cracking lines and delicious performances. 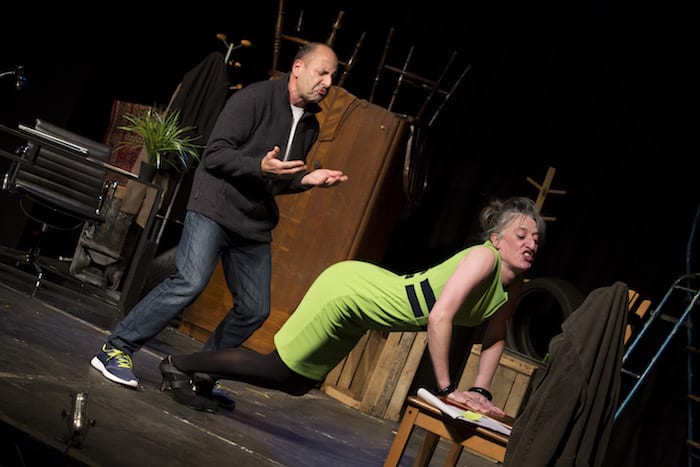 If you attended JB Shorts 19 last year, you will be familiar with Dave Simpson’s comic tale, I’ve Tried It Once. In I’ve  Tried It Once, Again, we revisit the characters from the original and find out why Godfrey (played with real verve by Shaun Hennessy) is so unadventurous, with his catchphrase, “I’ve tried  it once…”.

It’s all down to his overbearing mother, played brilliantly by Victoria Sowcroft.  The original was poignant and took you on a journey reminiscent of the montage scene in the film Up. I’ve  Tried It Once, Again plays it purely for laughs, and these two brilliant actors carry you along, to until the amusing finale. 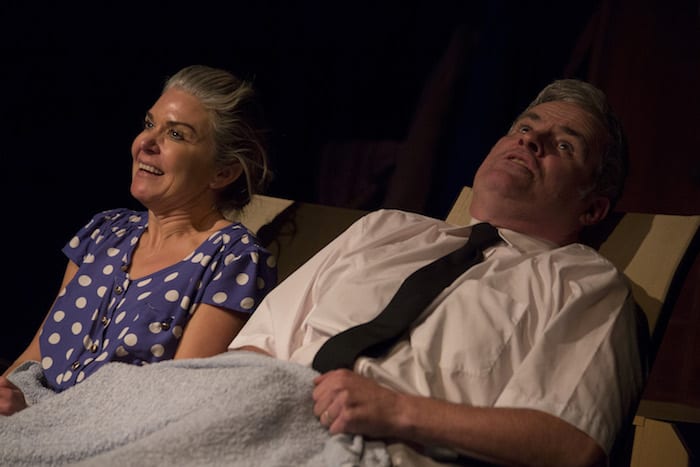 Diane Whitley changes the mood with the stunning What’s The Good?, a heartfelt tale of war and peace. Jake Ferretti is almost a smiley version of the Blood Brothers narrator, and we know though his songs  that this is going to be a tale which packs a punch.

Helen O’Hara delivers such a complete turn that you long to see more of her character Hannah, a woman gaining independence from her job as a clicker  on the trams, totally head over heels with loveable soldier George. Like Best Behaviour, this one deserves a longer running time. It’s bloody brilliant. 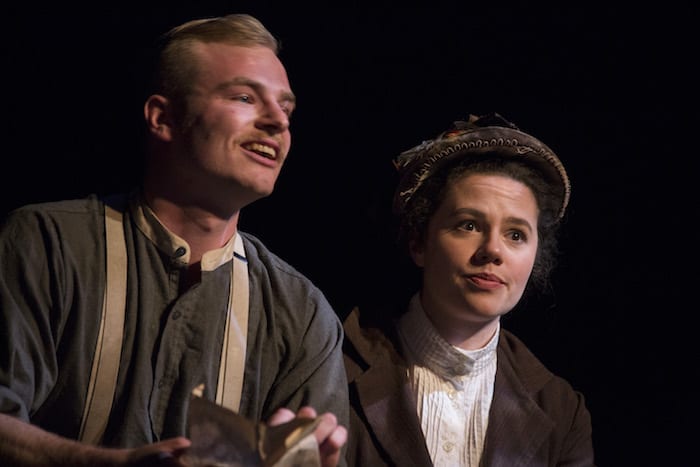 James Quinn is on writing and acting duties for Equivalent 2. The first tale, about two hapless art thieves, was my highlight of JB Shorts last year, so I was chuffed when I heard these wonderfully written characters were returning.

And this instalment is that rare beast – better than the first one. We carry on where left off, with Shirley (marvellous Meriel Schofield) and Pickering (James Quinn) arguing about a stolen exhibit. Farcical situations ensue as the two are convinced that they are going to be caught out.

Imagine a British Oceans-style movie set in the north and you have a perfectly played out comedy, with laugh out loud lines and some great political observations via the radio in the background. 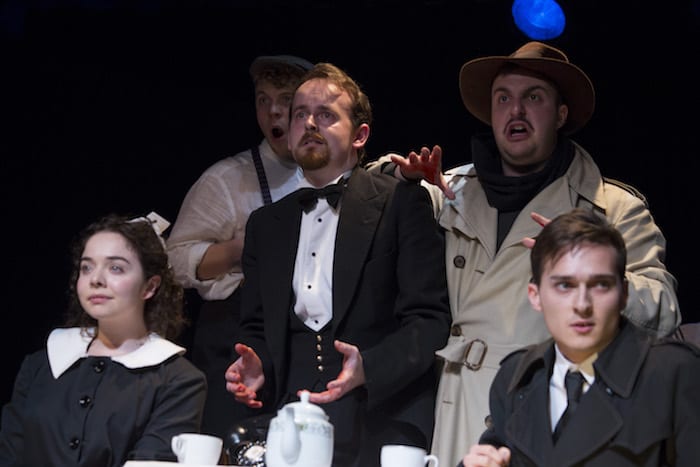 Cleverly, this is not really about heists, it’s about relationships; the irritations, the humour, and the foibles. Katy Oliver joins the unlikely art thieves this time round, and she settles  in immediately, due to her superb comic timing.

The last play Corruption is Agatha Christie meets Newsies, a mini-musical which has wily wit throughout. Writer Peter Kerry has clearly looked at the musical genre and realised that the moments where  characters burst into song are ripe for a good old spoof. But he is respectful, and this is more in the vein of a Stephen Sondheim musical than an all-out mickey take.

There is some terrific talent here, so it is hard to single anyone out, but the songs leave you humming. A great show to end on as it leaves you on a high.

If you have never experienced JB Shorts before, you’re in for a real treat. It’s a fast-paced  evening during which you can grab a drink, sit back and relax, as these perfectly formed plays pass by like items on a Generation Game conveyor belt. The difference is, here you will remember them all.