JB Shorts is back: a one-off festival of short plays with something for everyone

JB Shorts is back for its 15th incarnation and there are some real gems this season, says George Matthews 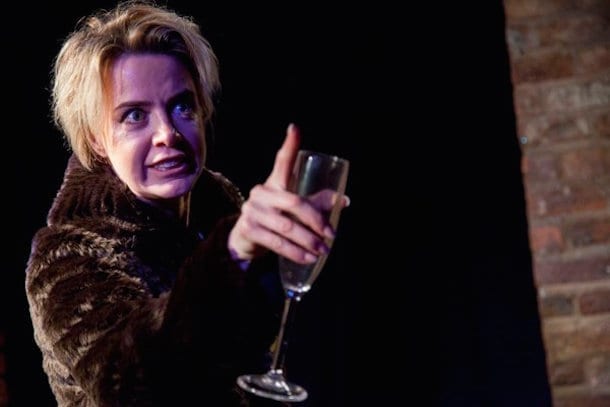 Originally conceived as a one-off festival of short plays, the first JB Shorts was produced in March 2009 and has been a highlight of the Manchester theatrical calendar ever since. The show consists of six short works, each approximately 15 minutes long, featuring a wide range of writers and actors.

The good thing
about the shorts
is that if you don’t
like one, another
one will be along
in a minute.”

The good thing about the shorts is that if you don’t like one, another one will be along in a minute. This season’s offerings cover such diverse topics as religion, indecent images of children, and party politics, but thankfully not all in the same play.

As with any short piece, there is always a fine balance to be struck between covering enough material to keep it interesting and providing enough depth for the audience to care. By and large, the writers (who between them seem to have written for pretty much every soap opera out there) hit the nail on the head. I hesitate to say too much about the individual works, given how short they are, so will only touch on the three that I feel are the strongest.

The cast of A Different Time by Lisa Holdsworth are three women in their forties looking back on their glory days with rose-tinted glasses, and are thoroughly convincing as the mumsy one, the perpetually single one, and the fun-loving one, with all the delicious passive-aggression you could want. The piece had the audience roaring with laughter one moment, followed by sudden quiet contemplation seconds later.

Closing the first half, Humble by Peter Kerry is the excruciatingly familiar scene of an office meeting with Mr Slightly-more-senior-than-you-and-therefore-thinks-they-have-carte-blanche-to-talk-as-long-as-they-like taking over, brilliantly played by Will Travis almost as a caricature of Jeremy Clarkson (appropriate, given the character is called Jeremy). The long-suffering colleagues soliloquise to great comedic effect, and Clare Cameron as Karin gives an excellent performance of a woman on the verge of snapping, although it did feel as though the writing could have been tighter at times.

The first two works of the second half are, in my opinion, the weakest of the bunch, but the final piece, Party Animals by Paul Mason and James Quinn, really is saving the best for last. The story revolves around Labour’s defeat at the 2015 general election and regrouping at Labour HQ.

The standout performance of the night for me is Sally Carman as the highly-strung spin doctor Fedora, who sees this as a perfect opportunity for the Labour Party to move back to the centre. Without giving anything away, she is less than enamoured with the idea of Jeremy Corbyn becoming leader, asking why there is “what appears to be a hamster in a suit” in the party leadership elections, and exclaiming of the candidates: “What is this? A leadership announcement or a Hamas benefit?!”

As ever, there is something for everyone in the current cycle of JB Shorts and, given that it finishes not long after 9pm, it’s perfect for some relatively civilised entertainment even on a school night.