Recent events have made us cherish our open green spaces so much more, and people are out walking more than ever.

Greater Manchester is no exception.

Ascend up the hills towards the pike and you’ll stumble upon the Rivington Terraced Gardens.

A magical series of hidden paths, caves, structures, waterfalls and lakes covering an area of roughly 45 acres of the hillside, it’s open all year round and is completely free to visit. 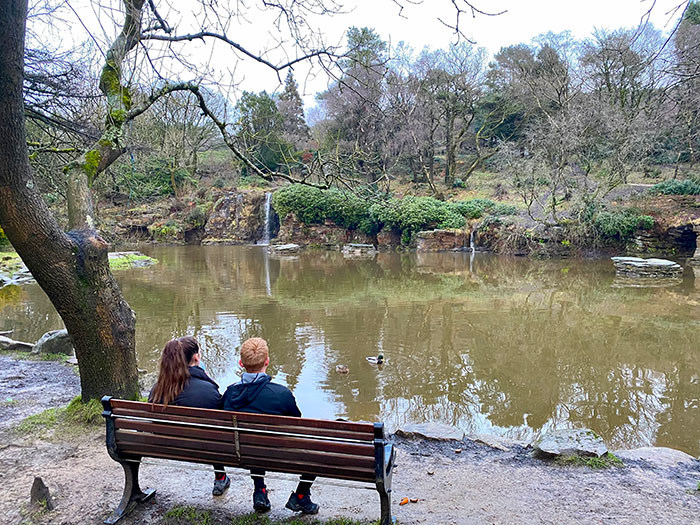 With iconic structures like the Pigeon Tower, the Seven Arch Bridge, the Summer Houses and Loggia, not to mention the Pulham rock faces around the pathways and lakes – the Italian Lake, and the beautiful Japanese Lake, which was once looked upon from glamorous oriental pagoda-style tea houses – the gardens are truly unique.

Lord Leverhulme (William Hesketh Lever), the soap magnate and founder of Lever Brothers (now Unilever) conceived and built the Terraced Gardens with the help of British garden designer, Thomas Hayton Mawson, between 1905 and 1925.

After Lever’s death, and subsequent sale of the property in 1925, the gardens began to fall into disrepair. The houses were demolished after World War II, and Rivington Terraced Gardens were left to the forces of nature and overgrown.

Today, 60 years later, United Utilities own the land, and the Rivington Heritage Trust repair and conservation project is well underway.

But it’s not cheap. Rivington is committed to maintaining the gardens in their current restored condition so that everyone can continue to enjoy them for years to come – but to do this costs over £100,000 per year.

As the project progresses, and more of the shrubs, self-seeded trees and mud is cleared away, the original shape of Lord Leverhulme’s garden is unveiled.

New paths are being discovered, new stairways uncovered, and visitors to the gardens are beginning to see how it once might have been.

The Japanese Garden was designed in 1922 by Thomas Mawson together with his son Edward and built by James Pulham & Son.

Oriental-style gardens were very fashionable at the time, and Lever had personal experience of them during his business trips to Japan. 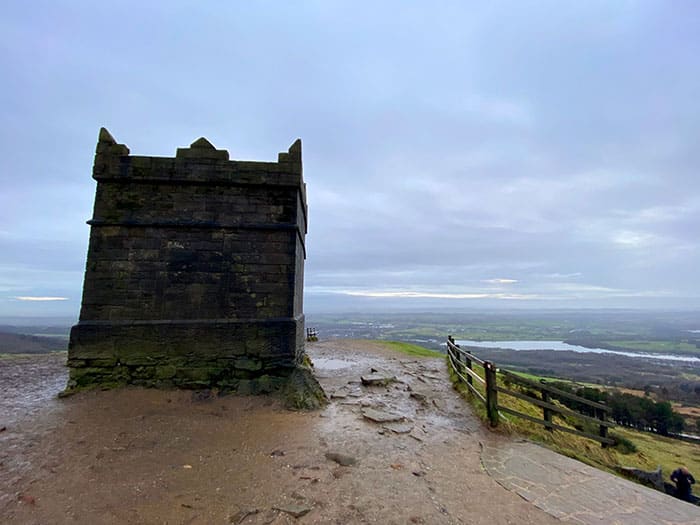 It follows the style of a Japanese Stroll Garden, where the visitor discovers different scenes along the pathways – a different hill (in this case Rivington Pike), islands, a beach and caves.

At the centre of the garden is the lake, which was built as a reservoir to feed the ravine below.

Above the lake is an impressive rock face creating the impression of a mountain environment with the formations protruding into the lake to form inlets, caves and islands.

There’s a small cave and a narrow channel where a small boat could be moored. From this point, Lever and his guests would embark and emerge from the cave onto the lake. 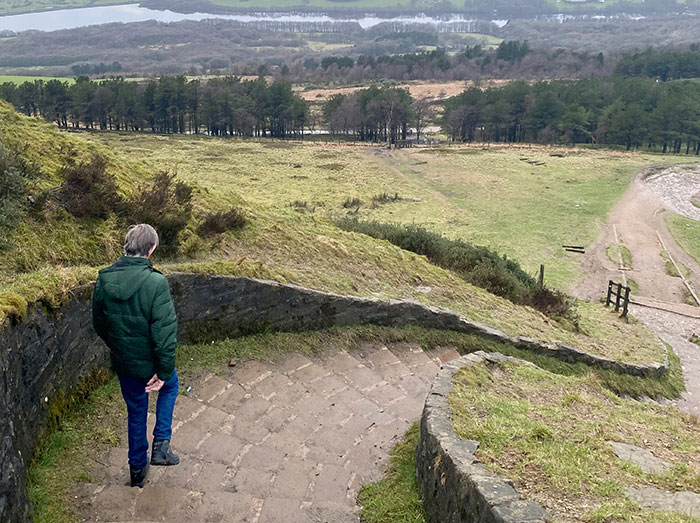 Originally there were three wooden pagodas around the lake.

The highest pagoda was situated just below the Kitchen Gardens and overlooked a pool. This pool is the start of a small series of three waterfalls, two further pools and a small babbling stream crossed by a concrete arched bridge.

The bridge featured decorative diamond-shaped handrails until the 1950s.

A large square rock in the waterfall appears to be tilted on its side and shocks us into thinking is going to fall over. This was a favourite trick of the rock-builders, Pulham. 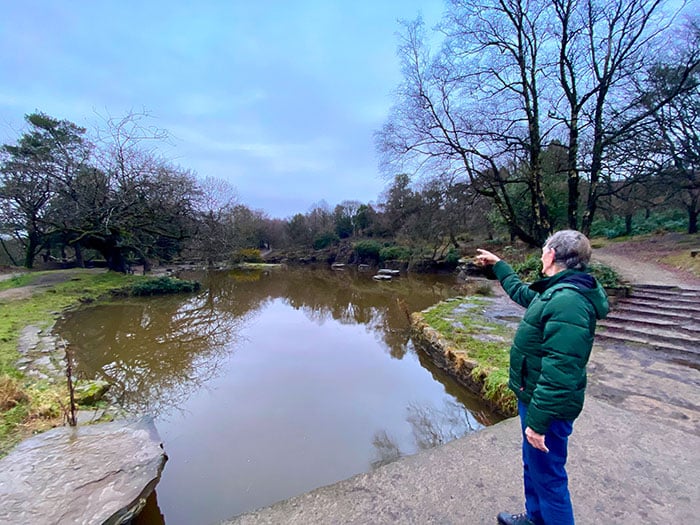 This part of the stroll takes us on the high level and along the clifftop, from where the was once a view to the ruined Liverpool Castle in the distance to the west.

In its prime, the Japanese Garden gave Lever’s visitors the illusion of being in Japan whilst behind them stood the industrial northwest – an environment of smog, slums, factories and mills. 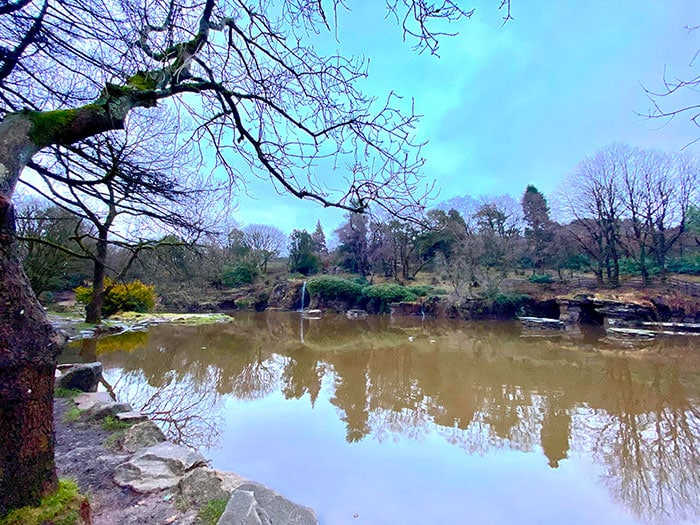 During the restoration work in 2019, approximately 800 cubic metres of silt were removed from the lake and a large crack was found in the concrete liner.

The crack, the three islands and the lip of the waterfall have +been repaired. Now the water once again flows as impressively as Lever and Mawson intended.

Extensive replanting of shrubs and trees native to Japan has taken place, as well as the installation by the volunteers of a new landform sculpture in the shape of a turtle.

If you, like us, discover that you love Rivington Terraced Gardens, you can buy your very own unique spot via their Squarea campaign. Whether it’s at the Italian Lake, the Lawns, the Japanese Lake or the Woodlands you can join their Squarea Campaign and help raise the funds towards their upkeep: rivingtonterracedgardens.org.uk.