REVIEW | Jamie’s Italian Manchester Restaurant is a proper let down

Having accepted an invitation from Jamie’s Italian to review the menu, I figured there was perhaps something new worth showcasing, and hoping that ol’ cushion tongue had finally started to serve food befitting of the restaurant’s home – a beautiful Gotham City-esque building at the top of King Street.

The main positive is that the toilets are still excellent. Really nice. The sort of toilets I imagine James Bond would use.

Otherwise, the service is OK, the wine is good, as is the general environment (I can’t bring myself to use the word ambience), but the food is disappointingly bad.

In the absence of the Meatball Bruschetta I initially ordered, I opted instead to start with Spinach and Ricotta Croquettes with Fiery Arrabiatta Sauce (£3.95). They tasted like something from a finger food buffet at a wake. Maybe frozen, definitely tasteless and somehow hollow. A bad start. 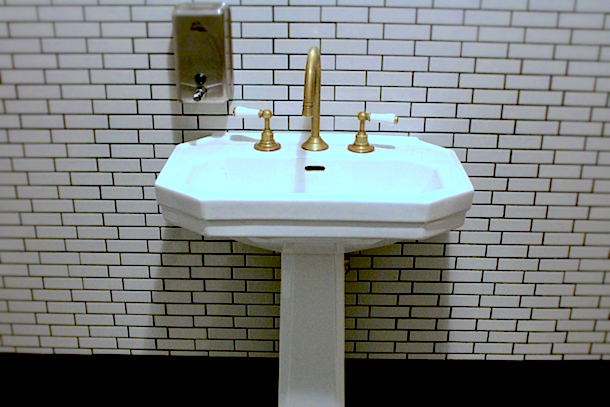 Not to worry though, my main of Chicken Cacciatore (£13.95) was highlighted on the menu as ‘Jamies favourite’. Can’t go wrong with an endorsement from Mr Oliver himself, I figured.

If Jamie Oliver has even seen, let alone eaten, that dish then I’d be astounded. It was as terrible as it was weird. Basically, it’s an averagely cooked chicken breast with some ragu on top of some bread which has gone soggy from the ragu. Ironically, it was eerily nostalgic of a school dinner.

On the advice of the chirpy and helpful waiter I ordered some sides of funky chips (£3.85), and seasonal greens (£3.50). Both dreadful. The greens were just a side dish of indiscriminate mush, and it seems in order to make chips ‘funky’, all you have to do is blitz them mercilessly until you could inscribe a headstone with one. 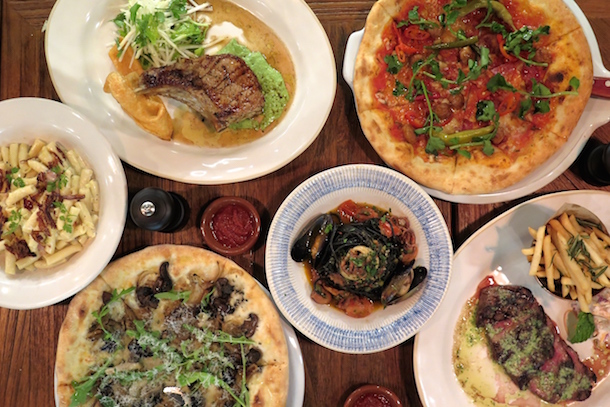 When he set up the Jamie’s franchise, that’s what I was expecting it would be like. Just simple, tasty versions of what Italians rightfully think British people probably think authentic Italian food is. A no-frills, tasty spaghetti carbonara with some home baked garlic bread. Lovely jubbly, as Jamie might say.

Yet for all the strategically-placed pasta rollers and machinery knocking around front of house alluding to exactly that, there is nothing I’ve ever eaten in Jamie’s which I couldn’t cook better myself at home with a hangover. And I’m a complete imbecile.

When you can’t even get chips and seasonal greens right, then it really couldn’t be any further away from what Jamie Oliver’s ‘brand’ is all about and, more importantly, what a venue like that deserves.

I would be genuinely interested to see what Jamie would think of the place if he went there incognito and actually tried the food he’s putting his name to. I suspect he’d be full turkey twizzler furious.

The main positive is that the toilets are still excellent. Really nice. The sort of toilets I imagine even James Bond would pause to think “wow, these are really nice toilets” as he popped in to wash assassins blood off his hands.

A place to relax, recharge and indulge.