Here at I love MCR, we don’t like to get too bogged down with stereotypes, but come on – up North we do like a good pie. Which you might say is just as well, because all this week has been British Pie Week. Why this momentous celebration of crusted nirvana hasn’t been made a weeklong national holiday yet, we don’t quite know, but luckily there is still a few days left to tuck in to Manchester’s best offerings. A pie at the top of its game bursts with flavour and leaves you warm to the bone. There is no one perfect science or method behind the greatest pies, but you definitely know when they’ve hit the spot. Our fine city predictably has no shortage of these wonderful British staples, but luckily for you, we’re on hand to suggest some of our top picks. Tuck in. 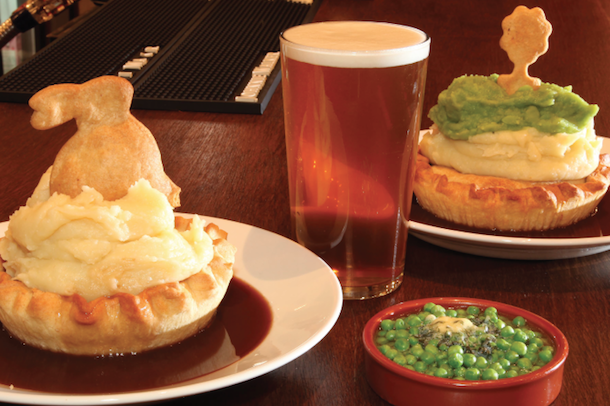 With a motto like ‘It’s all about the pie’, they aren’t leaving much to the imagination here, and thats fine by us. Tucked away in a little arcade just off Lever Street in the Northern Quarter, Pie & Ale is from the same people that gave us BAKERIE, and they serve up an amazing selection of freshly baked pies and award-winning ales and craft beers. Their ‘Game Pie’ is stuffed to the brim with venison, wild boar, pheasant and smoked bacon. Phwoar. But no need to feel for the veggies to feel left out – the ‘Three Cheese & Creamed Leek’ option is certain to conjure up trippy dreams that will be the envy of your carnivorous friends. To celebrate National Pie Week, Pie & Ale have been serving up the ‘A to Z of pies’, with a different exotic special every day. Sunday is the Mystery Pie Day, and judging by the rest of the weeks concoctions, we could be in for some finale. 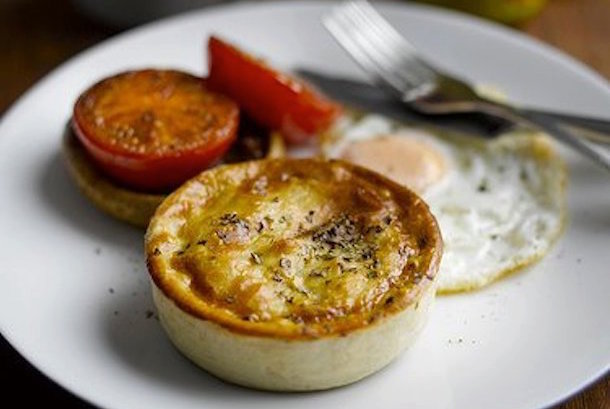 Admittedly not *all* about the pie, but like most of the Northern Quarters indie haunts, these guys are multi-talented. The Whiskey Jar has won awards for its eclectic arsenal of pastry powerhouses, and some of the best left-field options are the Chicken and Black Pudding, and the Boxing Day Pie – which mixes curry and turkey to make every day of the year a festive celebration. They are doing 2 4 1 pies on Sunday before 6pm, adding some much-appreciated value for money to this oh-so-special British celebration. 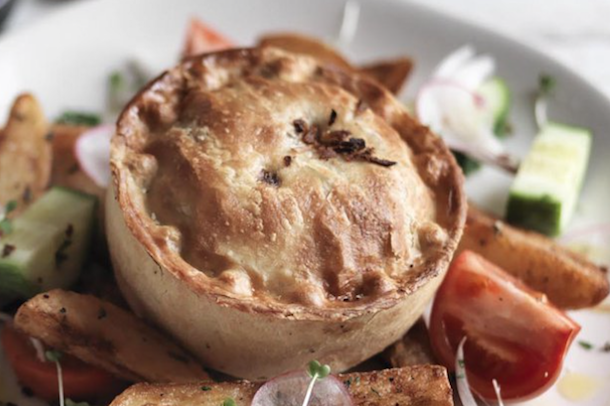 The only chain restaurant in the list, but as gourmet pies go, these guys are the masters. Pie Minister’s Manchester branch is located right in the heart of the Northern Quarter, and boasts a whole range of inventive and quirky pies. For those all-too-aware of the dreaded calorie count that we’ve cleverly managed to avoid discussing here so far, Pie Minister also has a lighter option menu, with each choice clocking in at under the 440c mark. That’s still more than a lot of meals, but in life you have to take the rough with the smooth, right? Or the guilt with the pie. Either works. To celebrate National Pie Week, the Bristol-based restaurant have held a ‘pie-election’, where customers have been able to pick their favourite pies in the companies history to bring back for the week. The prevailers were Minty Lamb, Thai Chook, and Arriba Banditos, the last one being worth ordering for the name alone. 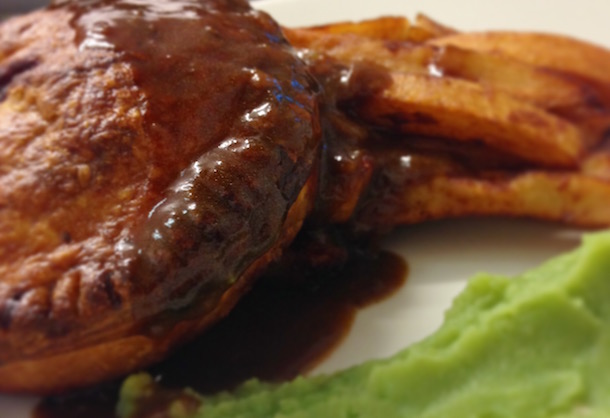 It is one of Manchester’s most popular and iconic bars, and under the brooding Deansgate railway arches is also where you can find one of its best pies. The Steak and Guinness, mushy peas and chips option on their menu may be a bit less flashy than some of the other options in this list, but as pub grub goes, it doesn’t get a lot better. Steak pie is probably the flagship event of the pie universe, and with good reason. The combination of tender meat, fluffy, flaky pastry and that thick, rich gravy is an irresistible combination. And you get all that here. It’s a proper Northern feast for under a tenner. No arguments.

Another spot more fashionably known for its nightlife rather than culinary treats, but never let it be said that I love MCR doesn’t think outside the box to give you the best tip-offs. Joshua Brooks is well-known amongst pastry connoisseurs to have some of the best pies in town. It’s also proving to be a popular place to watch the 6 Nations rugby, with the bar brilliantly serving up pies to represent each competing country.