Is this Manchester’s craziest night out? Bongo’s Bingo reviewed – and NEW dates confirmed for 2019

It’s Manchester’s hottest ticket – and it all revolves around a game of bingo.

But forget any preconceptions about the traditional game, because Bongo’s Bingo is just about the wildest night out you can have in the city centre.

One part bingo, one part rave, hundreds of fans clamour to get tickets for this event held weekly at Manchester’s Albert Hall, with remaining dates for 2018 all completely sold out

And the reason why? Well, you have to experience it yourself to know just what a bonkers, brilliant concept it is.

The first thing to make clear is that the bingo side of it all is taken seriously. Very seriously. And if you make a false call for your line, two lines or house, expect a round of boos and some jokey name calling along the way.

There are big prizes to be won – the top prize was £750 on the night we headed along – as well as comedy prizes that seem to be equally, if not more, coveted on the night by the crowds.

That includes a box of Coco Pops that inevitably gets sprayed across the hall to the delight of revellers who sip it out of their pints, and a life-sized cardboard cut-out of Philip Schofield that now has pride of place in the I Love Manchester offices. Lucky old us. 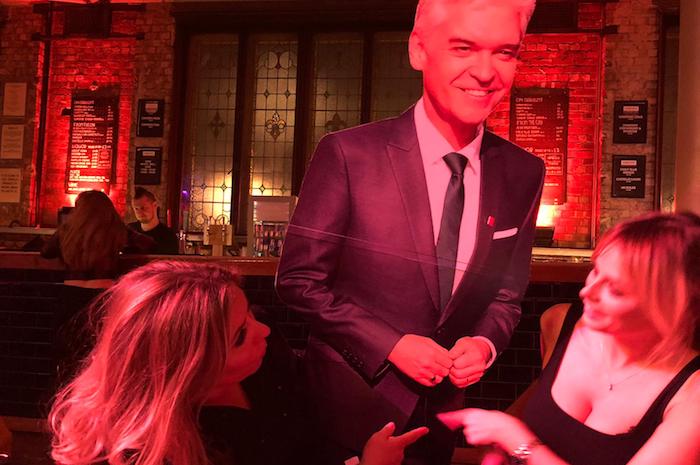 But marry that with a full-on, glow-stick-waving rave atmosphere enjoyed by a huge range of people, with young and old happily boogeying together in between the serious bit of bingo-blobbing.

Bongo’s Bingo started off in Liverpool in 2015, a concept devised by the bingo compere Jonny Bongo (real surname Lacey) and his business partner Josh Burke, as an alternative night out.

It fast became in demand at bars and halls across the UK, and has now expanded to venues around the world too.

Jonny believes the success is down to revellers “embracing the silliness” of it all.  Here in Manchester, we sing along to cheesy pop classics, taking every opportunity to leap onto the benches to dance to the likes of the macarena. And when called up to the stage to collect prizes, we are game for a laugh with the cross-dressing “absinthe fairies” who gee up the crowds.

But while there’s plenty of merriment, when it’s time to do the actual bingo bits, you can hear a pin drop as everyone concentrates on blobbing their numbers off the bingo cards. It’s very much “eyes down”. 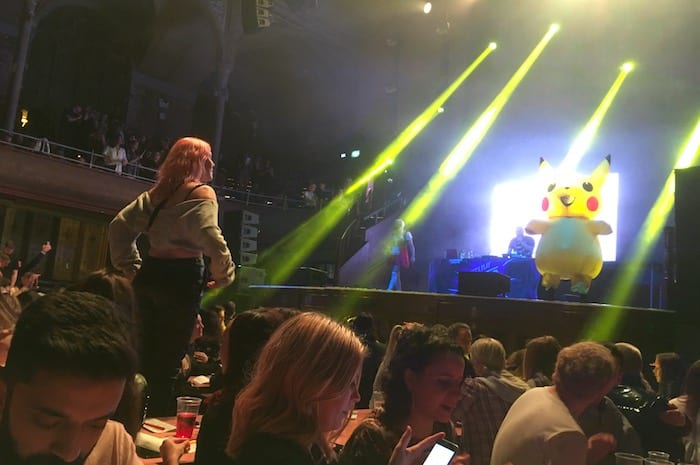 Organisers have announced a series of “Winter Wonderland” Bongo’s Bingo for Manchester throughout December with the promise of some extra festive sparkle to proceedings. Five nights have swiftly sold out.

For anyone who managed to bag a ticket, you’re in for a real treat.

The remaining dates for Bongo’s Bingo in 2018 have all sold out.

But we can exclusively reveal the NEW dates just added for Bongo’s Bingo in Manchester in 2019.   And revellers will be pleased to hear they’re testing out some weekend dates at the Albert Hall in the new year, as well as a Valentine’s Day special.

Subscribe here to be the first to find out when the new shows go on sale.