Earlier this week, intu Trafford Centre hosted a day of fun-filled family and charity events to celebrate its 20th birthday.

Some children couldn’t make it to the party because they are patients at Royal Manchester Children’s Hospital. So to make sure they didn’t miss out on the fun, the intu Trafford Centre team took the party to the hospital, together with a selection of retailers and entertainers. 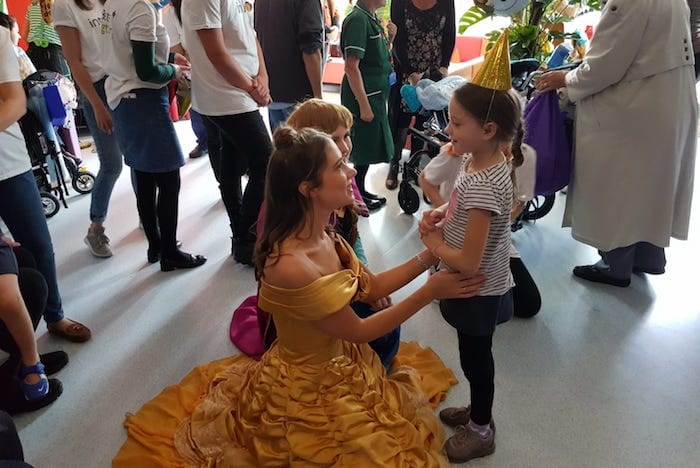 Almost 80 children, parents and staff were treated to an extra special birthday party in a  room beautifully decorated by Selfridges with food provided by Marks & Spencers, Debenhams, Dappledown popcorn and Tampopo, who supplied some delicious watermelon lollies.

The party was brought to life by singing princesses from Pop Up Entertainment as well as intu Trafford Centre leisure attractions Merlin and Hamleys. 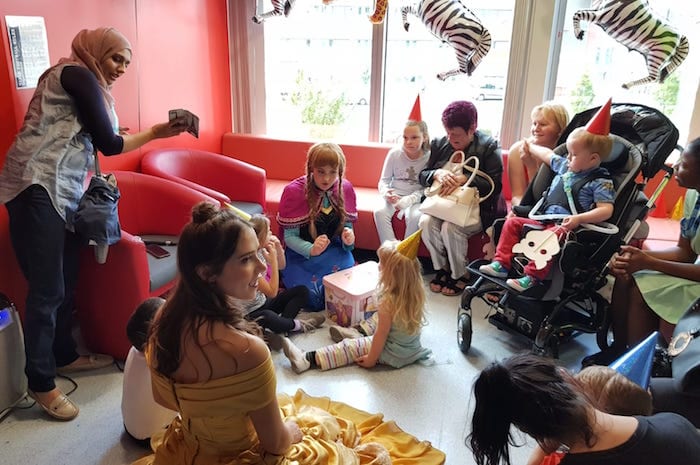 A party’s not a proper party without presents and once again intu Trafford Centre’s  generous stores and attractions were on hand to bring a smile to the faces of the children, with Boots, John Lewis, Build a Bear, Selfridges, Debenhams and M&S all donating to the present haul.

NAMCO Funscape provided the amazing party bags filled with fun products for all the kids to enjoy long after the party finished.

“We’re delighted that intu Trafford Centre decided to bring this special party to the Children’s Hospital,” said Sarah Naismith, head of Royal Manchester Children’s Hospital charity. “It was a real treat for our patients. intu Trafford Centre has been a big supporter of our hospital so we were honoured to be a part of their birthday celebrations.” 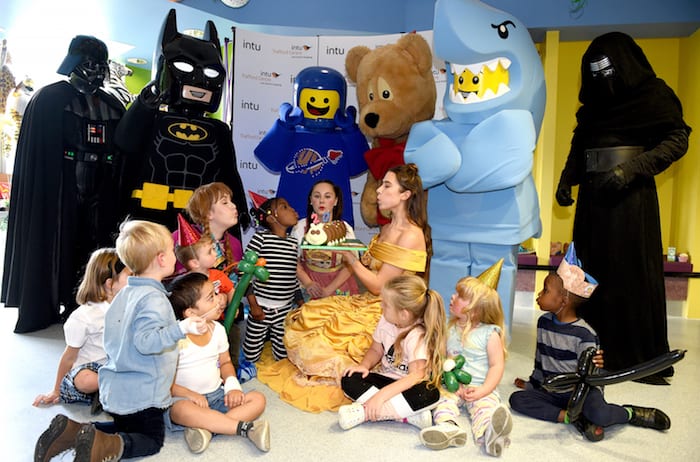 Over the years, intu Trafford Centre has donated almost £130,000 to the hospital, including £86,000 towards haemodialysis machines on the children’s wards.

“This year is such a very special year for us here in the centre and we wanted to give giving something back to the local community,” said intu Trafford Centre regional director Alison Niven.

“We were so happy we could bring the party to Royal Manchester Children’s Hospital. It was lovely to see so many smiling faces at the party and we could see no better way to round off an amazing summer of celebrations than with this amazing party.”