REVIEW | Infamous Diner launch new menu – but is it an authentic American diner?

Infamous claims to be Manchester’s first independent all-American diner. But just how authentic is it? We asked Florida-born Yancunian Rosie Moth to investigate 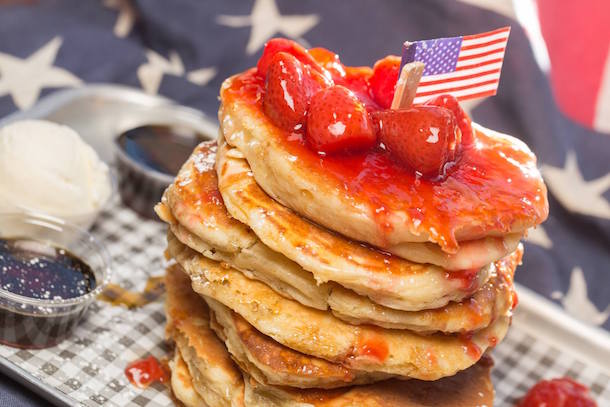 Every American will look down upon an American-inspired anything that’s located outside of the good old US of A. This is partly because we are arrogant and partly because, well, things never tend to be as good. I’m no different. When I saw an ‘authentic American diner’ was opening on the edge of the Northern Quarter I immediately disregarded it.

“Most British diners would run screaming from what’s plopped in front of them at an authentic diner in good old US of A.”

Having said that, is Infamous Diner an authentic American diner? The answer is an emphatic no. And thank heaven for that.

Most British diners would run screaming from what’s plopped in front of them at an authentic diner. Infamous Diner is much, much better. 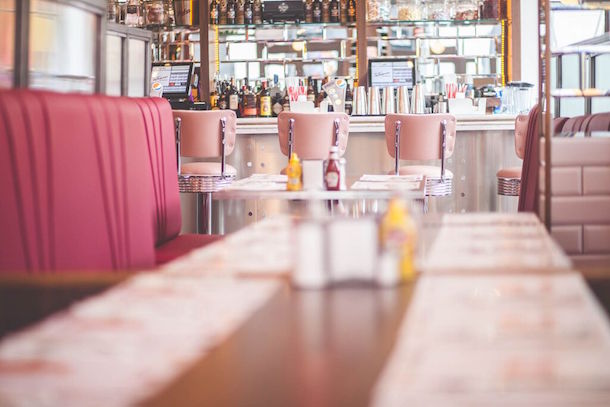 All the 1950’s charm and casual atmosphere of a classic American eatery with absolutely killer diner-inspired food cooked up by Executive Chef Jason Latham.

Jason knows a thing or two about good American food, having spent six months working Stateside. He’s also been head honcho at some of the city’s best loved restaurants and bars, not to mention his UK competition BBQ Team ‘All Smoke No Knickers.’ 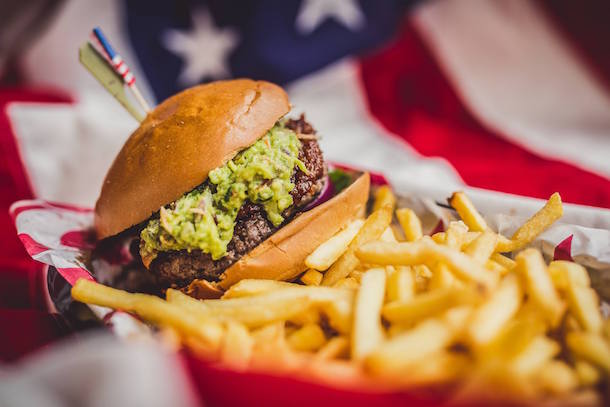 Jason’s passion and experience are reflected in the new menu. He’s kicked things up all over the menu, with new burgers like the Triple D’s (£13.95) which is classically delicious in all the right ways, American classics like my personal fave biscuits and gravy (£5.95) – totally not what you would expect but you will love it anyway – and customisations galore including add-ons for basically everything.

The ultimate test for any establishment with the word diner in the name is, of course, the breakfast. Infamous Diner does not disappoint. The All- American Breakfast (£13.95) is a beautiful union of both British and American classics and big enough to satisfy the healthiest American appetite – two rashers of bacon, two sausages, baked beans, two eggs, two hash browns, mushrooms, tomato, toast, pancakes, waffles and Infamous syrup. 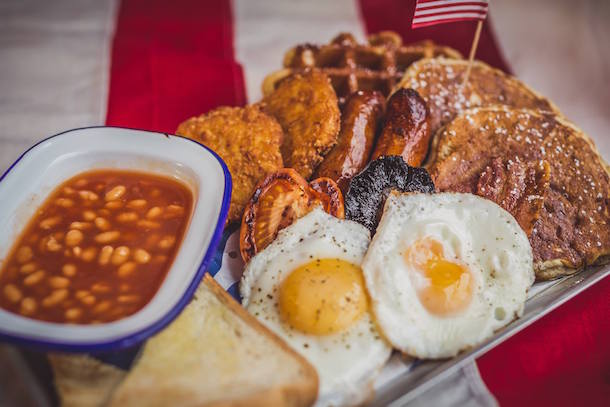 I was mortified they were going to give me an authentic American breakfast sausage. Shudder. The pancakes are absolutely money.

I read a review online that Infamous Diner isn’t as good as US giants IHOP or Denny’s. Please. Not only are Infamous Diner’s pancakes far superior but our waitress had all of her teeth and was friendly, too.

Get yourself to Infamous Diner. There are only 17 tables, so don’t forget to book. And why not try the Pancake Challenge? You’ve got 30 minutes to eat all 21 Infamous pancakes – a total of seven x three stack of pancakes featuring all of the restaurant’s toppings. 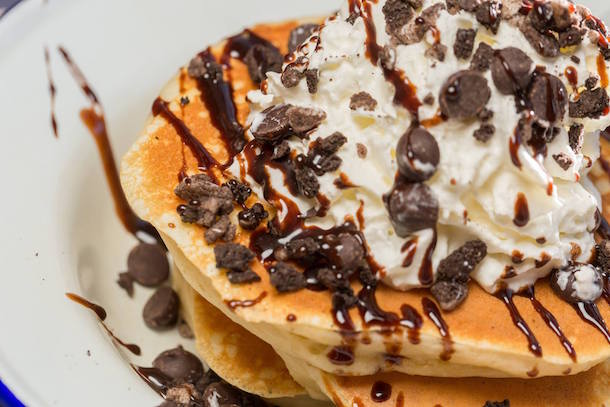 If you make it through, you’ll be spared the £25 price tag and will get to take home a t-shirt and a pin badge, and get your moment of glory immortalised on the wall of fame. But most important, you’ll feel like a proper American.