IllumiNaughty: not just a club night but a full blown experience 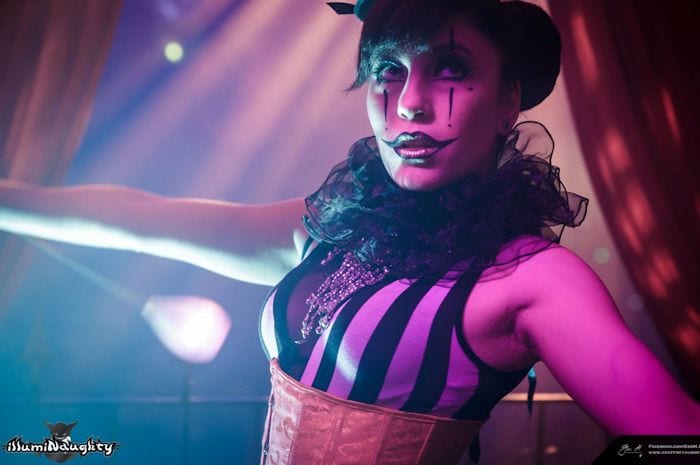 IllumiNaughty’s second offering in their 10th anniversary year promises to be an event unlike any other as the cameras roll for the club night’s first movie which weaves Cirque du Soleil style performances with The Walking Dead plots.

The veteran creators of carnage are inviting revellers to join them in celebrating and honouring those who have passed to the other side – and those who haven’t quite yet – with their homage to the Mexican holiday Day of the Dead.

The story begins in a mortuary where a crazy pathologist awakens the dead from purgatory and unleashes zombies to try and stop the party in its tracks while top DJs fill the venue with the best psytrance, drum and bass, reggae and breaks music across five arenas.

In usual IllumiNaughty style there will be goblins, stilt walkers, fire breathers and circus performers who will also try and steal the show, which features headliners Calyx & Teebee, Krafty Kuts, Skazi, Black Sun Empire, Askillz and a lot more. 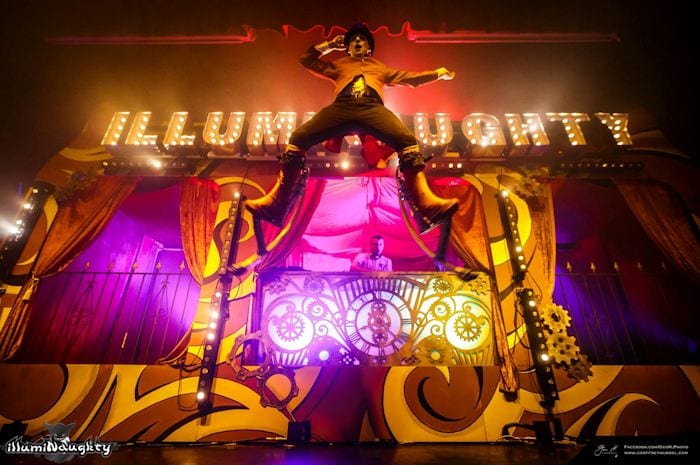 “Every year the event gets bigger and bigger,” said chief goblin Lefteris Angelidis. “It’s unbelievable to think where we’ve come from and where we are now.

“This year we have taken it to the next level with themed rooms and characters which interact with each other while the DJs are playing a mixture of music genres.

“The music has really evolved since the beginning. Psytrance has always been at the heart of it but since we’ve brought in top drum and bass artists it has brought us a whole new following.

“This time it’s more than just a theme, it’s a full story which all ties together through the different rooms.

“Each performance by each character is based around the main story. In the temple they are celebrating the Day of the Dead, purgatory is where the dead people are waiting, and the mortuary is where the doctor is trying to awaken the dead to unleash zombies across the whole arena.

“There will be a number of other characters based in other rooms so there will always be something going on. We also have a chill out space, a fair with carousel and bumper cars, laser tag, graffiti exhibition and food market.

IllumiNaughty will take place at Bowlers Exhibition Centre, Trafford Park, on Saturday, October 29 from 8pm until 5am.

Tickets are available for a special price of £25 for a very limited time (+£2.75 booking fee) here. For those who are just warming up at 5am, dance through the sunrise with Outside the Universe, Neutrino, Kallima and many others at the official after party. Tickets are £7 in advance here.

IllumiNaughty is brought to Manchester by Visual Architects
www.visual-architects.co.uk