If you think smoking is bad for you, get a lungful of this… 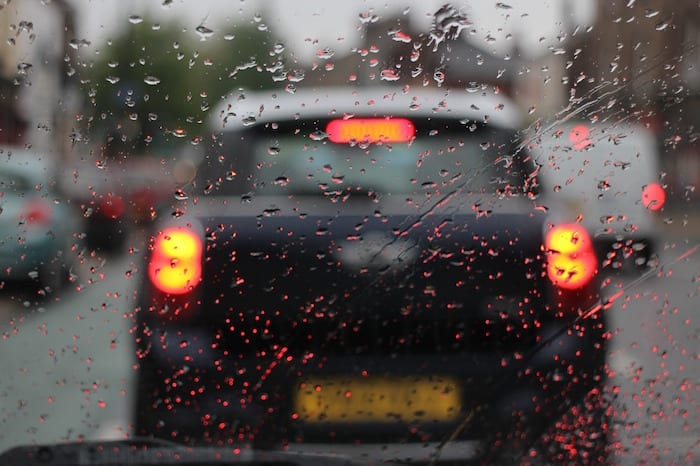 Ever run down Deansgate or Oxford Road and found yourself out of breath? The good news is that you may not be as unfit as you first think. The bad news? Every day our lungs are exposed to the negative effects of air pollution – and you’ll probably be feeling it.

Air pollution occurs when gases, dust particles, fumes and odours are introduced into the atmosphere in a way which makes them harmful to people.

Motor vehicles in particular are the culprits – pumping out pollutants such as carbon monoxide, nitrogen oxide, ozone, hydrocarbons and lead which make the air, not to mention our lungs, unclean.

And just because we can’t see it doesn’t mean that it isn’t having an effect. In fact, it because the air pollution particles are so small, they have even more of an impact. The smallest  particles can settle deep in our lungs and airways, causing health problems.

Since 2010, nitrogen dioxide levels, emitted largely by diesel vehicles, have been above legal limits in 90% of the UK’s urban areas and it’s considered a public health emergency by some MPs. 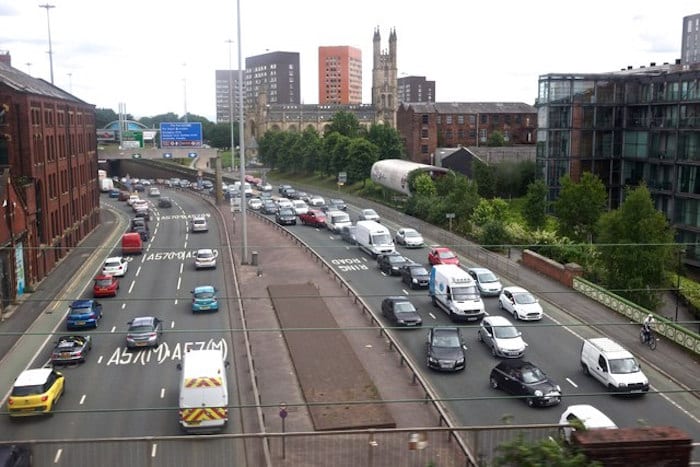 And the statistics get more shocking. A report published just two days ago by Professor David King showed that children are at risk of dangerous levels of air pollution inside cars because toxic air levels are often even higher inside vehicles than outside them.

It’s already proven that air pollution increases the risk of getting lung cancer and contributes to about 1 in 13 cases. It’s having an impact on Manchester too.

Last year, more than 64,000 people were admitted to hospital in Greater Manchester with respiratory problems, of whom more than 14,000 were children under the age of four.

These figures were obtained by Andy Burnham during his campaign to become mayor and his campaign focused significantly on tackling the  issue. He wants to introduce a Clean Air Zone to stop the most polluting vehicles entering certain areas of Manchester, improving cycling infrastructure and investing in ‘cleaner’ buses.

Air pollution is a fact and it harms the health of millions. But it is easy to take positive steps to not only improve our own health but other people’s.

It’s time for us to take action. Smoking is known to pollute our lungs and has been banned in public places since 2007, whilst proposals for new legislation to ban smoking in cars with children has received widespread support. So does that mean we are content to let children carry on breathing in toxic air in the backs of cars? Surely this can’t continue.

The answer? Start by leaving the car at home if you can. Breathe easy knowing that turning off the engine has been proven to cut emissions. On designated ‘clean air action days’ (part of National Clean Air Day research), peak levels of air pollution were reduced by as much as 20-30% when people turned off their engines.

Need to drive? You can still cut emissions – fast. When you’re stuck in a traffic jam, turning off your car engine can significantly lower emissions, making the air cleaner for yourself and people around you. Keep your vehicle regularly serviced and tyres well-inflated so it’s as efficient as possible.

There are alternatives to cars and plenty of little changes you can make even if you have to drive. Using your feet and taking to the street is obviously the best way  – and getting on your bike too.

Surprisingly, evidence shows that compared to people travelling by car, taxi or bus, cyclists are actually often exposed to less air pollution. It also means that you can smile to yourself as you whizz past lines of traffic.

If you consume less energy, you produce less pollution, so there are even things you can do at home. Recycling (meaning less rubbish burned on landfill sites – responsible for air pollution) and filling the kettle with just the right amount of water for a brew are ways to cut down on emissions too.

The government is facing a third legal defeat in the coming weeks for failing to tackle what are illegal levels of air pollution in the country, so it is more crucial than ever to take power into our own hands – and feet.

So get walking, on your bike, or even on the bus.

But best of all, get out and enjoy the fresh air and do what you can do to make it cleaner for future generations.