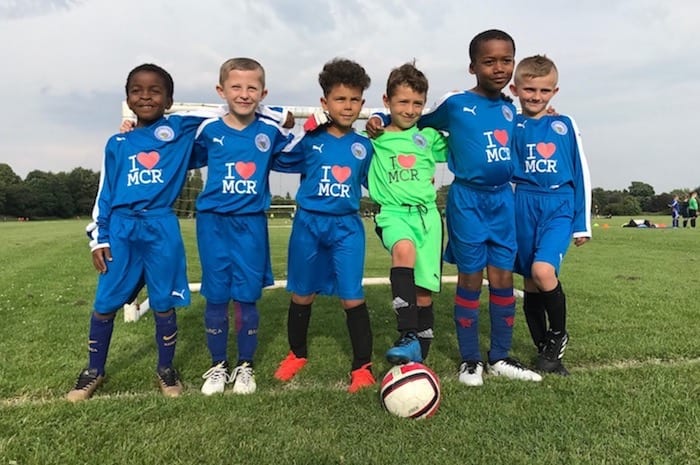 I Love MCR is the proud new sponsor of the under-7s team of Fletcher Moss Rangers FC – the club where Marcus Rashford started his footballing career.

Rashford is the latest in a long line of talented young footballers to come off the Fletcher Moss production line. Other players developed by the club include Danny Welbeck, Ravel Morrison, Tyler Blackett, Wes Brown and Cameron Borthwick-Jackson.

But it’s Rashford who has thrust this junior club from Didsbury into the national limelight.

“We hope to get some good results and, more importantly, some smiling faces from the kids,”  says chairman and development officer Dave Horrocks, who has been involved with the club for 28 years.

“My youngest boy came through the club and since then I’ve been involved in the soccer school and with the club itself. We’ve got a decent history of recruiting and developing and young boys and girls to go on and play football with a future in the game. 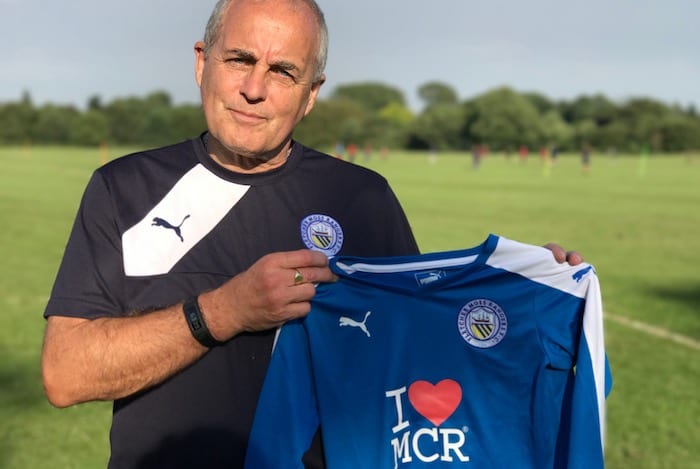 “The fact that Marcus came into the limelight at the time he did was absolutely perfect timing for us because it’s highlighted where he’s come from and the fact we’ve had that many players come through.”

We arrived on a sunny Thursday evening to find the young whippersnappers training and taking things seriously. We were impressed how Dave knew all the kids names and their strengths as he shouted from the sideline.

We saw a soccer school focussed on running with the ball, as well as one-on-one goalkeeping coaching. Every kid is given the chance to fulfil their potential.

“Hopefully, one of these boys behind me will become the next Marcus Rashford,” said Dave. “If you cut me in half, one half would be Fletcher Moss and the other Manchester United.”

It’s clear to see the family nature of the club and the love everyone has for the game. It’s the club of choice for parents living in the area, with many more travelling from much further to make sure their kids get the best coaching.

“Such a nostalgic and rewarding thing for us to do, not to mention the perfect way to give back to a Manchester community,” said Chris Greenhalgh, founder of I Love MCR. “These kids are surrounded by male role models and have a place of belonging.”

The club has three enthusiastic, well trained coaches who have the time to give their full attention to getting the best out of young talent. Parents help with the running of the individual teams but let the coaches get on with their job.

It also has four or five students from Manchester University with whom they enjoy a ‘fantastic relationship’. So much so that two of the students have agreed to stay on for up to three years to continue coaching at the soccer school. In exchange, Dave has agreed to fund half of the cost of their coaching badges.

“A massive thank you to I Love MCR for sponsoring the kits for these young boys behind me,” said Dave. “It will make a huge difference. They’ll go out there and wear these strips with pride.”