“I like to think, through my story, I’ll inspire others”: Bugzy Malone on music, memories and Manchester 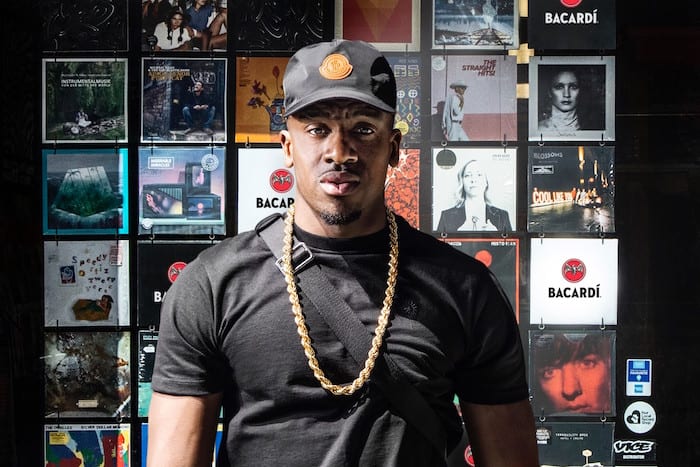 He calls himself the King of the North, he’s supported The Stone Roses and he’s played a pivotal role in putting grime into the 0161 area.

And he is collaborating with Bacardi in their Do What Moves You campaign which brought artists such as Stefflon Don, Giggs and Bugzy himself back to their home town for a special gig like no other.

We caught up with what’s going on in the world of Bugzy Malone.

King of the North is a bold title to have. Where did the idea come from?

It was something that kept popping up with the fans. It was probably to do with Game of Thrones being on at the time. When I went through the comments on my social media it would crop up, so it developed from there.

Coming from an area that’s flooded with indie rock n roll, how did you find bringing a different sound to Manchester?

I don’t think it’s flooded with rock n roll. I think the Grime sound has been up and running, and bubbling, from a while ago.

What was it like to support The Stone Roses?

It was good to support them. It’s nice to be aligned with legends!

Who were your inspirations whilst you were growing up?

I’d say that my uncle was a massive inspiration to me. Other than him, Mohammed Ali was another legend that inspired me. I grew up in an era with legends like Diego Maradona, Bruce Lee so I had quite a few to look up to.

Are there any grime acts we should be listening to right now?

I’d say a young up and coming MC from Manchester called Aitch.

What are the next few months going to be like for you?

Hectic! I have a tour coming up so I’m preparing for that, and we’re also in the process of putting the visuals together for it, so yeah, it’s going to be a crazy few months.

You performed at Gorilla which is an intimate venue. Do you prefer those gigs to the stadium slots?

Not necessarily, but I enjoy being able to connect with the fans, and you can connect with them more in an intimate space – especially at Gorilla. It was a big deal for me.

How are you changing the typical view of Manchester musicians being men playing a guitar?

I don’t know if I’m trying to change that – I’m just making good music and hoping people respond well to it.

My favourite thing is the memories that I’ve got here. It’s the place I was brought up, and I understand it for everything that it actually is. So yeah, the good memories.

You’re working with Bacardi as part of their Do What Moves You Campaign. What was it like working with such a prestigious drinking label?

What we developed together was powerful and inspiring. It’s great that Bacardi is providing a platform for artists to discuss our creative inspirations, the places and people that have influenced our music. When two powerful brands come together and create something powerful it’s amazing, and that’s what we did.

Where did the concept come from to take part in the campaign? What is it that moves you?

The ethos of the Bacardi campaign is similar to mine. I like that Bacardi chose to work with artists from different cities, giving each of us the chance to tell our story. I like to think, through my story, I’ll inspire others. Also, with my album being called, B. Inspired, it was a natural fit.